18-year-old Larrianna Jackson was arrested for slapping a teacher out of her wheelchair and striking her repeatedly on the classroom ground. 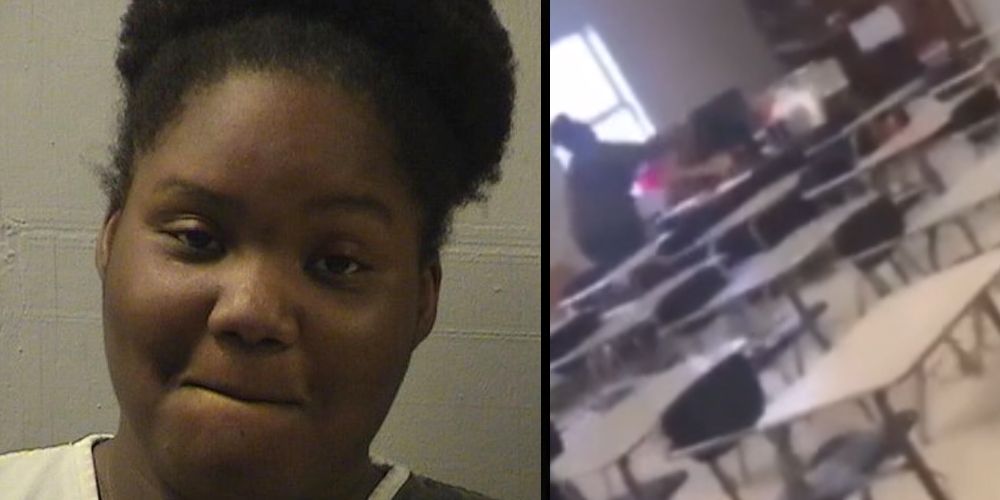 It's the latest in what local authorities claim to be a new TikTok trend.

The incident was filmed by another student at the school. For a majority of the clip 18-year-old Larrianna Jackson is seen talking with the 64-year-old educator.

At 22 seconds in, Jackson slaps the teacher and she screams before falling out of the wheelchair, with Jackson continuing to strike her immediately afterward.

"I was just devastated to know what our teachers go through on a day-to-day basis just to educate students. For this teacher to be having a conversation with a student and then to be assaulted in this manner was very disturbing," superintendent Frank Jabbia is quoted saying by FOX 8 News.

In a statement by the Covington Police Department, authorities announce that Larrianna Jackson was arrested and charged with felony battery of a school teacher. The 64-year-old disabled teacher in question had to be hospitalized.

CPD alleges the social media app TikTok may have played a role:

"Officers learned that this violent attack by Jackson, may have been prompted by a viral social media application known as Tik-Tok. Evidently users on the app have deemed it to be a challenge to damage school property and attack teachers."

The department threatened to arrest anyone else who might think of participating in this event. They're still investigating.

TikTok's PR team denied that "slap a teacher" was a trend on their site. But if it ever became one, the company vowed to crack down against its spread.

However despite the platform's claims, there's a recent trend of "Devious Licks" TikTok challenges spreading among students.

A full list of monthly events was posted by NJ.com:

It's not just at Covington High School. Another Louisiana school district, Lafayette Parish Schools, had to release a statement to parents after incidents of vandalism in various school building bathrooms. Over in Springfield, Missouri, another "slap a teacher" challenge incident transpired, KY3 News reported.