The texts could clarify the confusion surrounding the orders allegedly given by former Mayor Jenny Durkan’s office instructing then-Police Chief Carmen Best to begin plans and implementation for abandoning the East Precinct and allow armed rioters to occupy over six-square blocks of Capitol Hill. 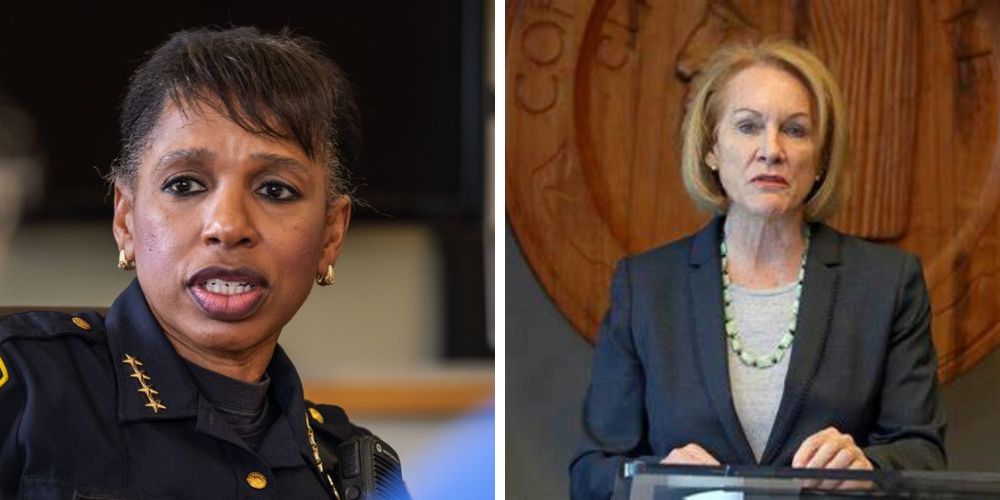 The King County Sheriff's Office is investigating whether former Mayor Jenny Durkan, ex-police chief Carmen Best and other city officials violated the law when thousands of text messages during the 2020 riots and the deadly Capitol Hill Autonomous Zone (CHAZ) were deleted from their city-issued phones, according to Axios.

The outlet reported that the Sheriff's Office opened the investigation on July 28 at the request of King County Prosecuting Attorney Dan Satterberg. Satterberg said in a statement "The case had never been referred to us, and typically we don't ask for an investigation to be conducted. But in recent weeks and months, I heard from people in the community that this matter was important to them and I considered it my responsibility to make this request to the Sheriff before the end of my term."

A Sheriff's Office spokesperson told Axios that the agency was "in the early stages of reviewing this matter" and looks "forward to sharing periodic updates as appropriate."

The willful destruction or concealment of a public record is a felony in the state of Washington. The text messages are considered public records and are required under state law to be kept. Additionally, the texts could serve as evidence in multiple pending lawsuits against the city over its handling of the 2020 riots and the CHAZ.

The texts could also clear up the confusion surrounding the orders allegedly given by former Mayor Jenny Durkan’s office instructing then-Police Chief Carmen Best to begin plans and implementation for abandoning the East Precinct and allow armed Antifa and BLM rioters to occupy over six-square blocks of the Capitol Hill neighborhood.

Multiple media outlets including The Post Millennial had filed disclosure requests for the mayor’s texts in the aftermath of the riots that rocked the city in the summer of 2020, the abandonment of the East Precinct, and the formation of the Capitol Hill Autonomous Zone. The city attorney's office spent over $400,000 on a forensic analysis to try to recover the texts.

The Post Millennial was told the texts for Durkan, Best, and fire chief Harold Scoggins were unavailable and given excuses that texts from all three of the phones had been lost for various reasons.

However, much of the coordination between city officials and the armed occupiers remains a mystery. In June, the City of Seattle agreed to pay $200,000 and enact a series of reforms, in order to settle a Public Records Act lawsuit filed by The Seattle Times over former Mayor Jenny Durkan’s missing text messages from that time period and other public records related issues.

Coordination between the armed occupiers and the city has been well-documented by The Post Millennial. The City of Seattle spent over $500,000 dollars in taxpayer funds to secure the autonomous zone for the occupiers.

Durkan has claimed she accidentally dropped her phone into salt water and also denied setting her replacement phone to automatically delete texts. Best testified earlier this year during a deposition that she periodically deleted texts from her city-issued phone after deciding the messages didn't contain information that would require them to be preserved.