"While sitting in traffic a subject fired multiple rounds at out officers, this was an unprovoked attack which I can only assume was to kill the officer. It is only by the grace of God that the officer or any community members were not seriously injured or worse in this attack." 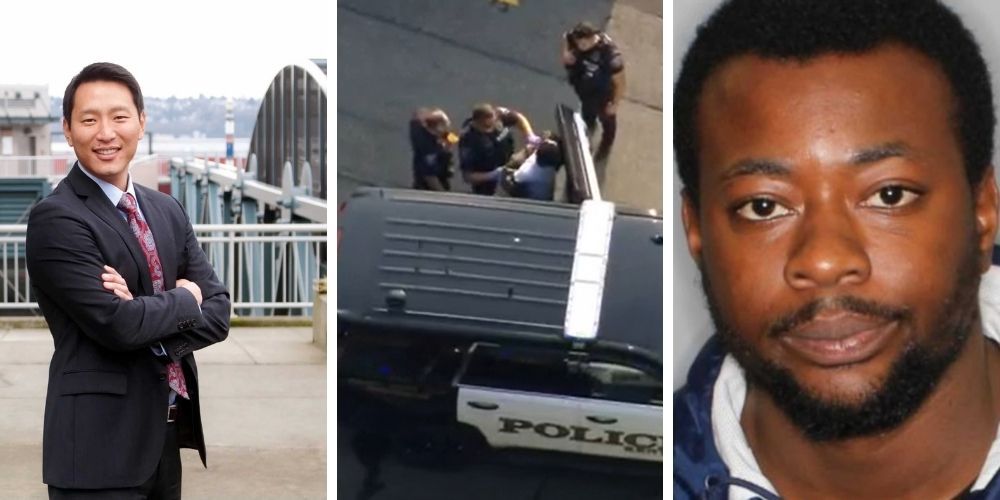 Update: In a dramatic turn of events, a King County Superior Court judge  blocked the release of Robertson-Butler at the last minute, and changed his bail from $50,000 to $500,000.

This story is still developing and will be updated.

A suspect who fired 15 rounds on Tuesday in an apparent ambush attack on a police officer in Renton, Washington is set to be released just days later on a $50,000 bond despite prosecutor's plea to increase the Bail amount given the suspect's extensive criminal history and threat to officers.

Suspect Frankie T. Robertson-Butler, 24, was booked into King County Jail on Sept. 7 for first-degree assault and drive-by shooting in response to firing 15 rounds at a Renton PD officer from a Chevron gas station. Another suspect involved in the incident, 23-year-old Lavonta J. Steward-Baker, was Robertson's getaway driver and was arrested for attempting to elude police and drive-by shooting.

According to the Renton Police Department, an officer was driving a marked patrol vehicle getting ready to turn left to head east on South Grady Way. As the officer waited for the turn signal, the suspect ambushed the officer from the parking lot of a Chevron/Brown Bear Car Wash, surveillance video shows. The two suspects fled in a red Kia and were arrested following a short pursuit. Fortunately, no one was hurt in the shooting although one vehicle in the surrounding area was struck by gunfire.

According to Renton PD, Robertson was also wanted for shooting at a Washington State Patrol trooper in March. As Robertson leaned out the window of a vehicle to shoot at the trooper, his hat fell off. DNA from the hat was linked to Robertson.

David O, a criminal defense lawyer, was assigned as the pro tem judge on the initial hearing and set bail at $50,000 for both Robertson and Baker who were represented by Community Passageways, a controversial group that diverts offenders to alternative forms of correction, with many not completing their required obligations for diversion. The group is known for bailing out prolific offenders. The two suspects made bond Thursday evening.

According to David O's website, the lawyer is "dedicated" to helping criminals because he loves "helping people."

"I am dedicated to criminal defense and it will be my honor to fight for your rights, to get you the best results, and provide you with peace of mind," David O states. "I have dedicated my whole legal career to criminal and DUI defense because I love helping people.  I believe it is a privilege to practice law and even more so when someone has asked me to help them get through their tough case."

David O says he has an "aggressive" and "innovative" approach and is "committed to defending the rights of those facing criminal charges."

King County Senior Deputy Phillips argued to David O for over two hours to set bail at $1 million for Roberston-Butler and $250,000 for Steward-Baker due to their significant criminal history and the obvious officer and community safety concerns. However, O ruled against Phillips' wishes despite the reasonable concerns.

"On behalf of the Renton Police Department, I would like to thank our Renton Community for the outpouring support following the incident Tuesday afternoon involving one of our officers," Schuldt stated.

"While sitting in traffic a subject fired multiple rounds at our officers, this was an unprovoked attack which I can only assume was to kill the officer. It is only by the grace of God that the officer or any community members were not seriously injured or worse in this attack," Schuldt continued. "This incident could have been one of the most tragic in our department's history, but ultimately ended with the best outcome possible, two subjects that are a clear danger to the public were arrested, removed from society making our community safe."

"On Thursday afternoon the two subjects went to 'first appearance' at Seattle District Court, where their bail would be set. The prosecutor's office argued for $1 million for the shooting suspect and $250,000 for the driver. This seems reasonable given the severity of the crime and the violent criminal history of both subjects. The judge presiding over the hearing set bail for both subjects at $50,000. They do deserve their due justice afforded them by our justice system, but a high bail ensures that they would stay incarcerated pending that process. Both, through their actions, have clearly demonstrated a disregard of concern for the rights and safety of others," Schuldt concluded.