A Dutch woman, who despite being fluent in Swiss-German and having children with Swiss citizenship, has been denied citizenship herself for her “annoying” campaigning. 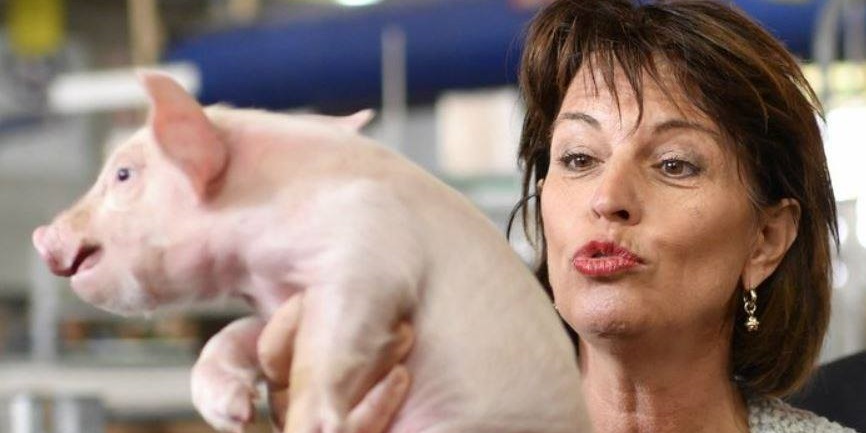 Vegans are still annoying, according to the European lords of neutrality, Switzerland.

A Dutch woman, who despite being fluent in Swiss-German and having children with Swiss citizenship, has been denied citizenship herself for her “annoying” campaigning.

Nancy Holten, 42, moved to Switzerland when she was eight. Despite her long residency in the country, her citizenship has been denied due to her butting heads with locals over animal rights issues, according to The Independent.

Holten says that the Swiss town’s tradition of putting bells around cows’ necks and the piglet racing tradition are against her views.

“The sound that cowbells make is a hundred decibel. It is comparable to a pneumatic drill. We also would not want such a thing hanging close to our ears.” she reportedly told the media.

“The animals carry around five kilograms around their neck. It causes friction and burns to their skin,” she has said in interviews, according to the Daily Mail.

Switzerland has a law which takes residents consideration in a passport application. Holten’s first attempt to become a citizen was made in 2015, when she was approved by local authorities but rejected by the vast majority in the resident’s vote–144 out of 206 declined her naturalization.

“I think I was too strident and spoke my mind too often,” said Holten to The Local.

Tanja Suter, the president of the Swiss People’s Party, cites Holten’s “big mouth” as the chief reason why she was declined, adding that residents did not want to grant her citizenship “if she annoys us and doesn’t respect our traditions.”

A village government spokesperson told The Local that people who put themselves in the spotlight and annoy residents face the real threat of being declined Swiss citizenship: “It can cause the community to not want such a person in their midst.”

Holten is now going through her second bout with the Swiss for naturalization.