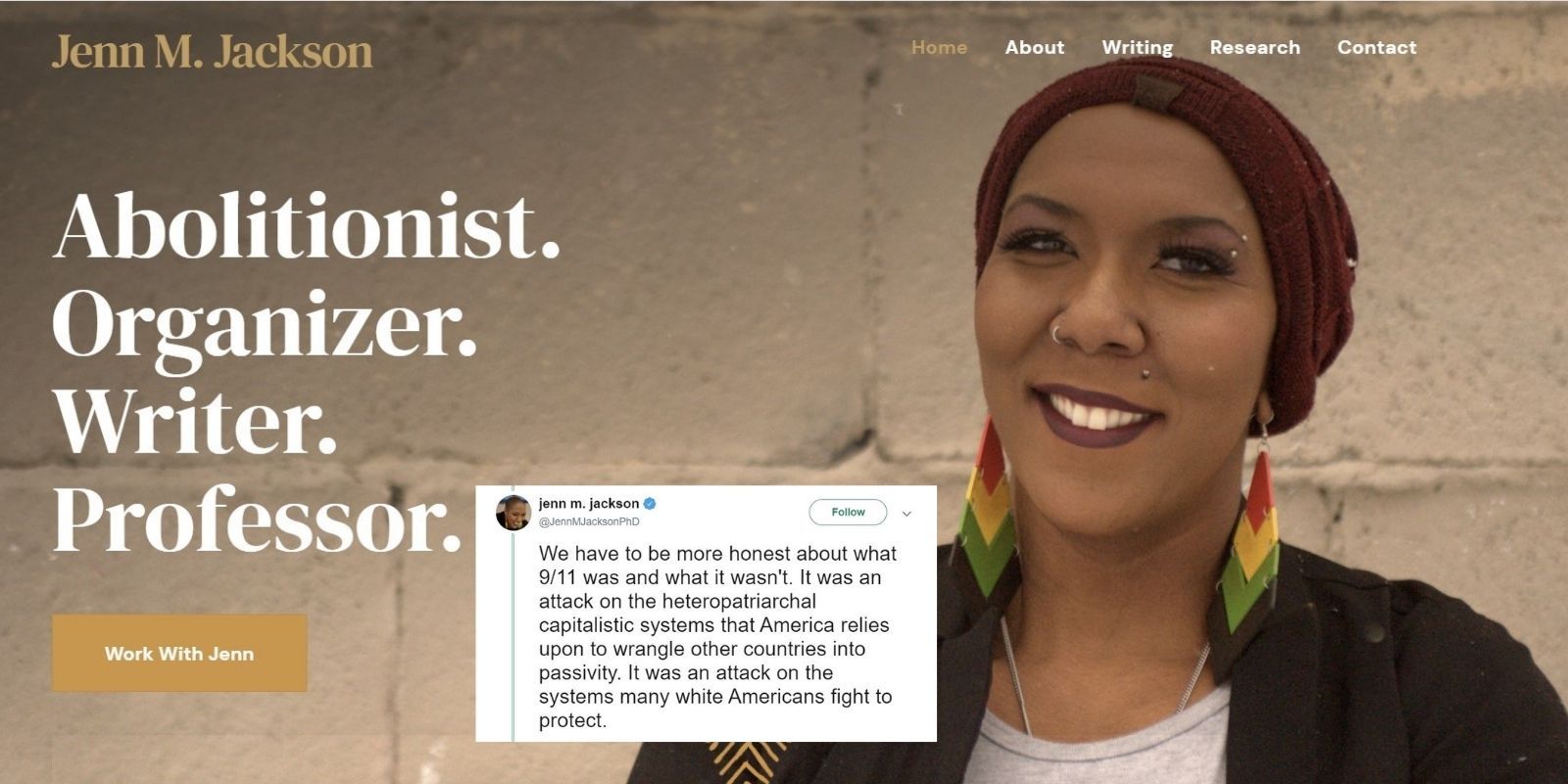 Jenn M. Jackson, an assistant professor of political science at Syracuse University, trashed 9/11 commentary marking the 20th anniversary of the tragic terrorist attacks of Sept. 11, 2001. Jackson finds herself among various critics on the left lambasting the efforts of others to honor and commemorate the occasion.

Jackson, a Teen Vogue columnist, describes herself as "a queer genderflux androgynous Black woman, an abolitionist, [and] a lover of all Black people." She tweeted that she was "really disturbed by how many white pundits and correspondents talk about" 9/11.

In the now-protected tweets by the verified Twitter user, Jackson named two individuals: Andy Card, who was the chief of staff to former President George W. Bush on 9/11 and Jeh Johnson, who served as the secretary of Homeland Security during President Barack Obama's administration.

"Card just said that 9/11 was the first time that Americans ever felt fear. He said that it was the last morning we woke up without fear and that the 'terrorists' succeeded in introducing us to fear. Wow. That's hella incorrect," Jackson wrote.

"Americans might not have really felt true fear before 9/11 because they never felt what it meant to be accessible, vulnerable, and on the receiving side of military violence at home. But, white Americans' experiences are not a stand-in for 'America,'" she continued. Jackson went on to say:

"Plenty of us Americans know what it's like to experience fear and we knew before 9/11. For a lot of us, we know fear because of other Americans."

Fairfax County Public Schools board member Abrar Omeish shares Jackson's sentiments. She opposed a school board resolution calling for a moment of silence marking the 20th anniversary of 9/11, because it was not "anti-racist."

Omeish's father was the director of the Dar al-Hijrah mosque, which had hired an al-Qaeda operative to serve as its imam. Obama later ordered the top Al-Qaeda operative to be killed by drone strike. The mosque itself was attended by two of the 9/11 hijackers as well as the shooter in the 2009 attack in Fort Hood, Texas.