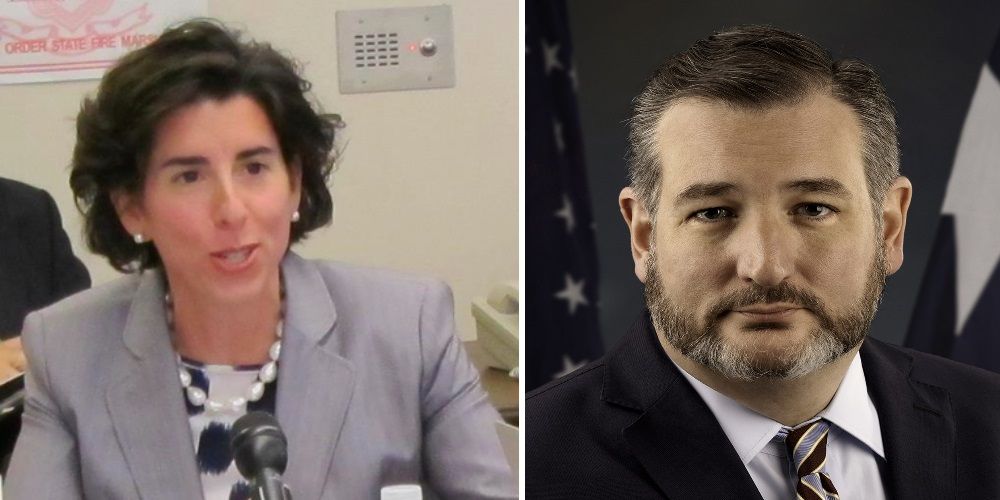 Republican Senator Ted Cruz placed a block on the nomination for Biden's Secretary of Commerce pick over concerns about her positions on Huawei.

"I'll lift the hold when the Biden admin commits to keep the massive Chinese Communist Party spy operation Huawei on the Entity List," Cruz tweeted in affirmation of his decision.

Under the Trump administration, Huawei was added to the Department of Commerce's "entity list," a trade blacklist, over concerns that the company may be involved in espionage activities on behalf of the Chinese government, The Hill reports.

Gina Raimondo, Biden's nominee for commerce secretary, did not affirm her commitment to the continued blacklisting of Huawei, and said that she would "review the policy, consult with [Congress], consult with industry, consult with our allies, and make an assessment as to what’s best for American national and economic security."

"Gina Raimondo's ethics issues and soft stance on China including her refusal to commit to keep Huawei on the Entities List is deeply troubling," Cruz insisted in a separate tweet.

While continuing to not affirm her stance on the issue, Raimondo later said in a written statement that she has "no reason to believe that entities on those lists should not be there."

Cruz has received support from other Republicans who share similar concerns over the nominee's stance on Huawei.

Republicans have also expressed concern over the White House's position on Huawei. White House Press Secretary Jen Psaki has said that "telecommunications equipment made by untrusted vendors, including Huawei, is a threat to the security of the US and our allies," but has not stated whether it will continue to maintain Huawei's position on the entity list.

Huawei has denied that it poses any security or espionage threat to the United States.