Following Alexi McCammond's resignation as Editor-in-Chief for Teen Vogue for old tweets suggesting McCammond is racist, another member of the Teen Vogue staff is being scrutinized. 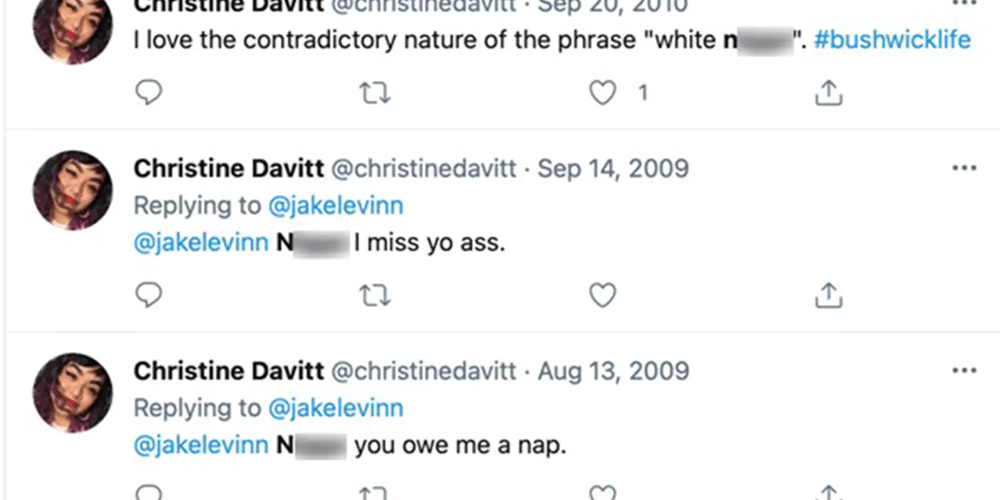 Following Alexi McCammond's resignation as Editor-in-Chief for Teen Vogue for old tweets suggesting McCammond is racist, another member of the Teen Vogue staff is being scrutinized for decade-old tweets, according to Fox News.

Christine Davitt, senior social media manager at Teen Vogue, wrote two tweets in 2009 and one in 2010 which contain the n-word. In two of them she is using the term to refer to a friend. The third and most recent, she tweets "I love the contradictory nature of the phrase 'white n***a'. #bushwicklife"

In 2019, Teen Vogue published an op-ed titled "Stop Using the N-Word If You're Not Black." Davitt has said she is of mixed Irish and Filipino ancestry.

On March 8 Davitt had posted a letter to the Teen Vogue Instagram labeled as being "from the Teen Vogue Staff" which states "After many conversations, we no longer see a way forward together and have mutually decided to part ways. We wish Alexi all the best."

After McCammond announced she would be resigning from her new post because of her past tweets, Davitt expressed relief by tweeting "[Exhales the deepest sigh I have ever sighed]."