"We must take the cartels seriously and deter them and target them the same way we do terrorists. That is the only way to win." 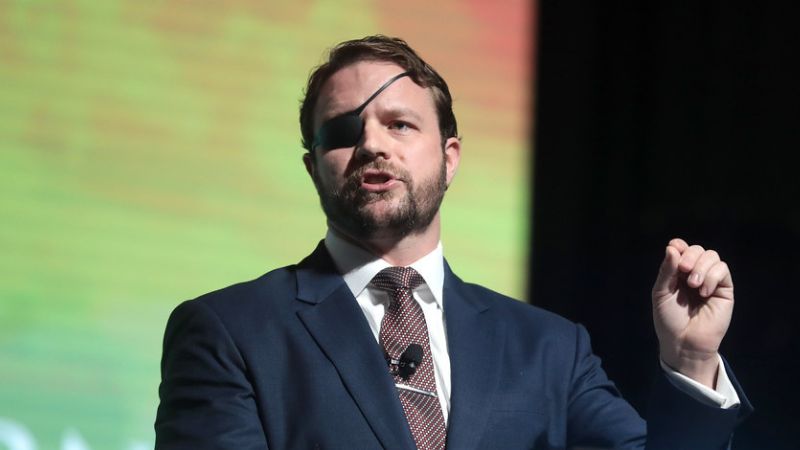 Texas Rep. Dan Crenshaw is set to introduce a bill to the House on Thursday titled the "Declaring War on the Cartels Act," which will increase criminal penalties for cartel members and target cartel financing, among other provisions.

Drawing from existing laws, like 18 USC section 521 regarding Criminal Street Gangs, the bill would include specific provisions regarding Transnational Criminal Cartels.

According to a summary, the bill would explicitly name the primary cartels that run in Mexico, like the Sinaloa Cartel, Jalisco New Generation Cartel, Beltran-Levya Cartel, the Gulf Cartel, and the Los Zetas, among others.

Members of these cartels, if found guilty of a criminal offense listed in the act, would be subjected to increased sentences for not less than 10 years and no more than 20 years.

Criminal offenses included in the act are, federal felonies involving a controlled substance, a federal felony "crime of violence," "Fraud and False Statements: Statements and entries in general; possession of false papers to defraud the United States; naturalization, citizenship or alien registry," unlawful procurement of citizenship or naturalization or the reproduction of such papers, peonage, sex trafficking, and slavery.

The bill will also establish additional financial and citizenship-related penalties for cartel members, including asset forfeiture, a prohibition from using US financial institutions, inadmissibility for cartel members and their first and second-degree family members, and a revocation of their lawful permanent residence status.

Immigrations and Customs Enforcement Homeland Security Investigations along with the Federal Bureau of Investigations would be required to investigate "connections and coordination between TCCs and foreign government," and investigate "state, local, tribal, territorial corruption where TCCs operate in the US."

The bill will allow the US to terminate foreign assistance for governments that allow for TCC operations, "or fail to take adequate measures to prevent TCC activity in their territory."

Additionally, the bill will allow for foreign persons that facilitate TCCS to be sanctioned and establishes penalties for financial institutions that fail to comply with asset-freezing orders.

"Mexican cartels are destroying rule of law in our country – trafficking drugs and people into the US. They have used the money they make from their criminal activities to arm themselves and wage war against each other and the Mexican government. They are more than a criminal threat – they are a national security threat, and we should treat them that way," the bill summary states.

"My bill goes after the cartels and their members by increasing federal criminal penalties, bypassing liberal big city District Attorneys and prosecutors, and hitting the cartels where it matters most: their bank accounts. I designed this bill to use unique tools–like denaturalization and sanctions on government that support or allow cartels to operate–to deter individual support and corruption."

"We must take the cartels seriously and deter them and target them the same way we do terrorists. That is the only way to win."