The constable said that the slain deputy "did not have an opportunity to defend himself in this brutal attack." 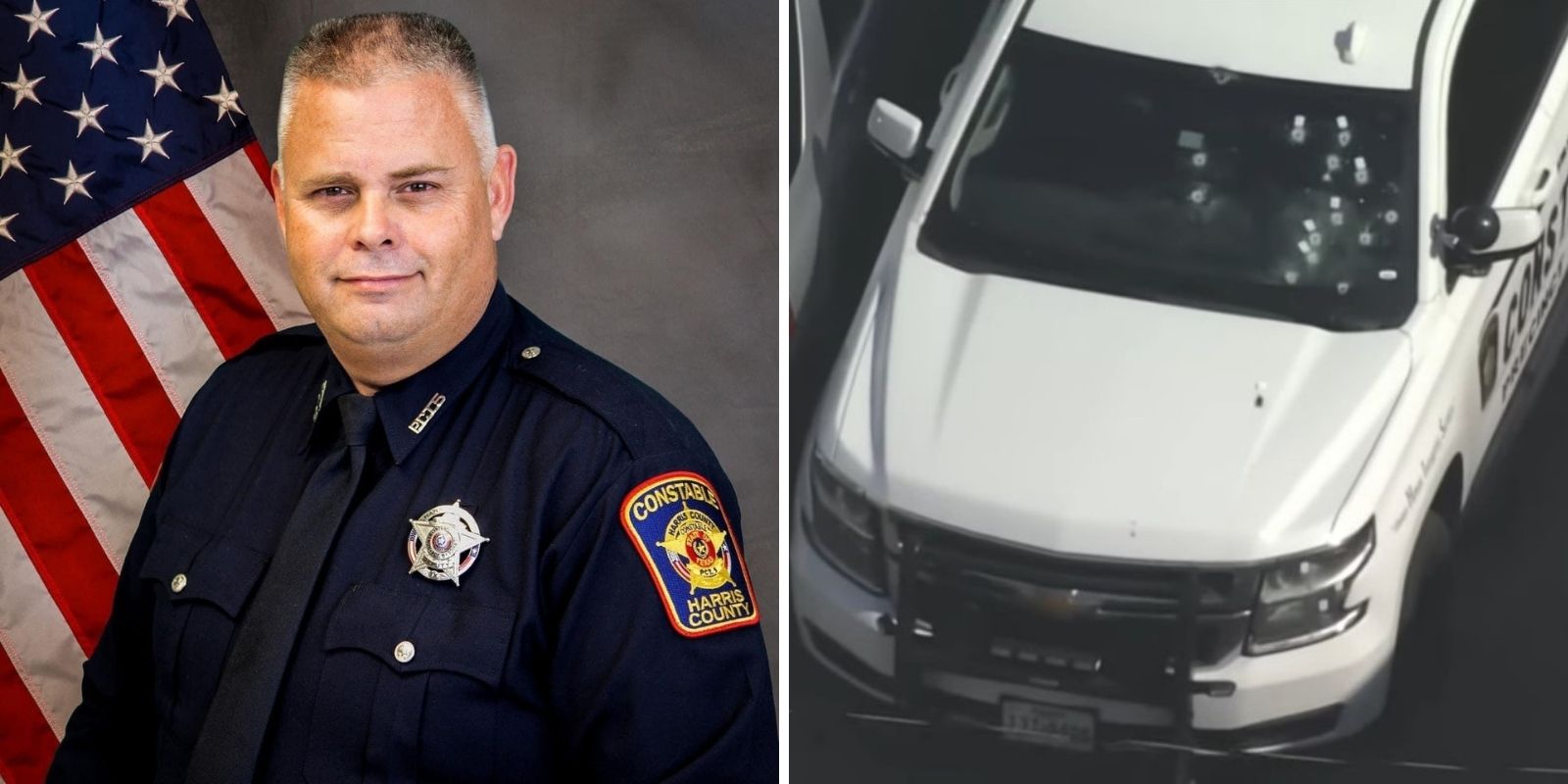 A Texas deputy was shot and killed in the line of duty overnight Sunday in a residential neighborhood of southwest Houston during a traffic stop.

Harris County Precinct 5 Corporal Charles Galloway, 47, was killed after the gunman opened fire and shot the deputy multiple times. Authorities are still searching for the driver responsible in the "ambush attack."

The fatal shooting occurred at 12:45 am Sunday morning in the 9100 block of Beechnut. Police say Galloway had pulled a car over and the driver exited the vehicle. That's when the driver then fired gunshots toward Galloway's police cruiser, striking the deputy repeatedly, according to law enforcement.

KHOU 11 showed aerial footage from Air 11 over Galloway's patrol vehicle. There were multiple bullet holes visible in the windshield, the outlet reported.

"Prayers for the deputy's family and his brothers and sisters in blue," Galloway's precinct tweeted hours later Sunday, announcing the deputy's death.

The Houston Police Department is leading the investigation. Police have released a description of the suspect still at large. Authorities are searching for a young Hispanic male driving a white Toyota Avalon, a newer model, WKRG reported.

Galloway had served Harris County for over 12 years and joined Precinct 5 in 2009. He's also instructed new recruits as a field training officer.

"He was brutally murdered," Precinct 5 Constable Ted Heap told reporters during a news conference early Sunday outside the Houston Hospital.

Heap emphasized that that the fallen deputy "did not have an opportunity to defend himself in this brutal attack," further stressing to the press: "We cannot have people like this on our streets. I do not want to raise my family, my grandchildren, in a county where this type of crime is running rampant."

"There are a lot of very broken up officers who he meant a lot in their lives because he was the one sitting in the front seat with them," Heap said. "He was the one who was teaching them what to do and how to get home safely to their families."

Heap added: "Here we are this evening with the roles reversed."

HPD Chief Troy Finner issued a message to the suspect during Sunday's press briefing: "The best thing you can do is turn yourself in peacefully."