Skyrocketing inflation is eating into the cost of Thanksgiving dinner this year, with prices up almost 20 percent. 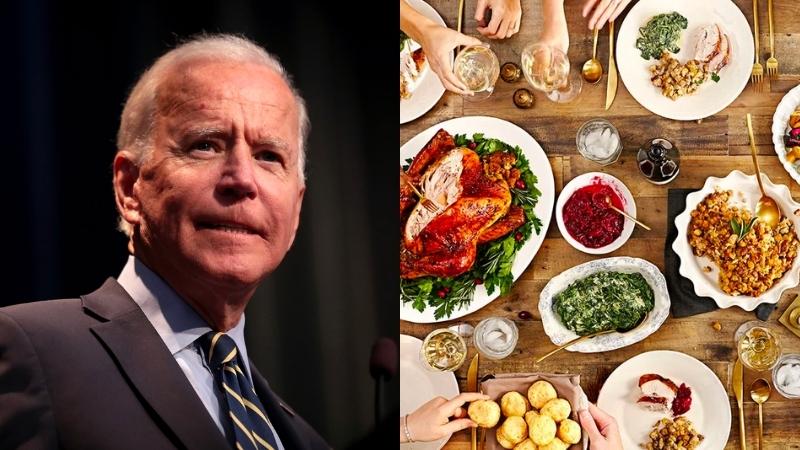 Alex Timothy
Nov 23, 2022 minute read
ADVERTISEMENT
ADVERTISEMENT
The current wave of record-high inflation across the country is affecting families as they prepare to gather and feast with loved ones this year.

With the exception of cranberries, every ingredient that goes into your traditional Thanksgiving meal has increased significantly, with some prices almost 70 percent higher than last year, according to data collected by the American Farm Bureau Federation (AFBF).

Last year, a 16-pound turkey would have cost you less than $24. This year that same turkey will cost you almost $29,  an increase of around 21 percent.

Pumpkin pie ingredients are up between 18 percent and 26 percent over last year. Most shocking is the price of a 14-ounce bag of cubed stuffing mix, which has shot up by 69 percent since last year.

In other areas of your Thanksgiving plate, the price of frozen peas is up 23 percent, sweet potatoes are up 11 percent, and a dozen dinner rolls will cost you 22 percent more than last year.

Overall, the cost to prepare a dinner for a family of ten this year has increased by 20 percent.

Despite Biden's downplaying of the inflation crisis, it is a major contributor to the high food prices right now.

"General inflation slashing the purchasing power of consumers is a significant factor contributing to the increase in average cost of this year’s Thanksgiving dinner," said AFBF Chief Economist Roger Cryan.

Even with general inflation running 7 percent to 9 percent in recent months, the most recent Consumer Price Index report specifically for food consumed at home shows a 12 percent increase over the past year.

The majority of American consumers are concerned about rising food prices and have subsequently changed the way they shop. Some Americans spend as much as 27 percent of their income on groceries, meaning that these increases will ultimately affect poorer families.

Adding to the usual Thanksgiving expense of feeding a room full of hungry mouths is the price of gas. Americans are also bracing for the highest gas prices to ever grace a Thanksgiving holiday travel season.

With families across the country struggling to make ends meet, all of these added expenses are unfortunately giving Americans fewer reasons to be thankful this year.
ADVERTISEMENT
ADVERTISEMENT
bidenflation thanksgiving