A young black man has called out Black Lives Matter for its tacit support of the communist regime in Cuba in a now viral video on Twitter. And he’s not the only one who’s calling out their lies. 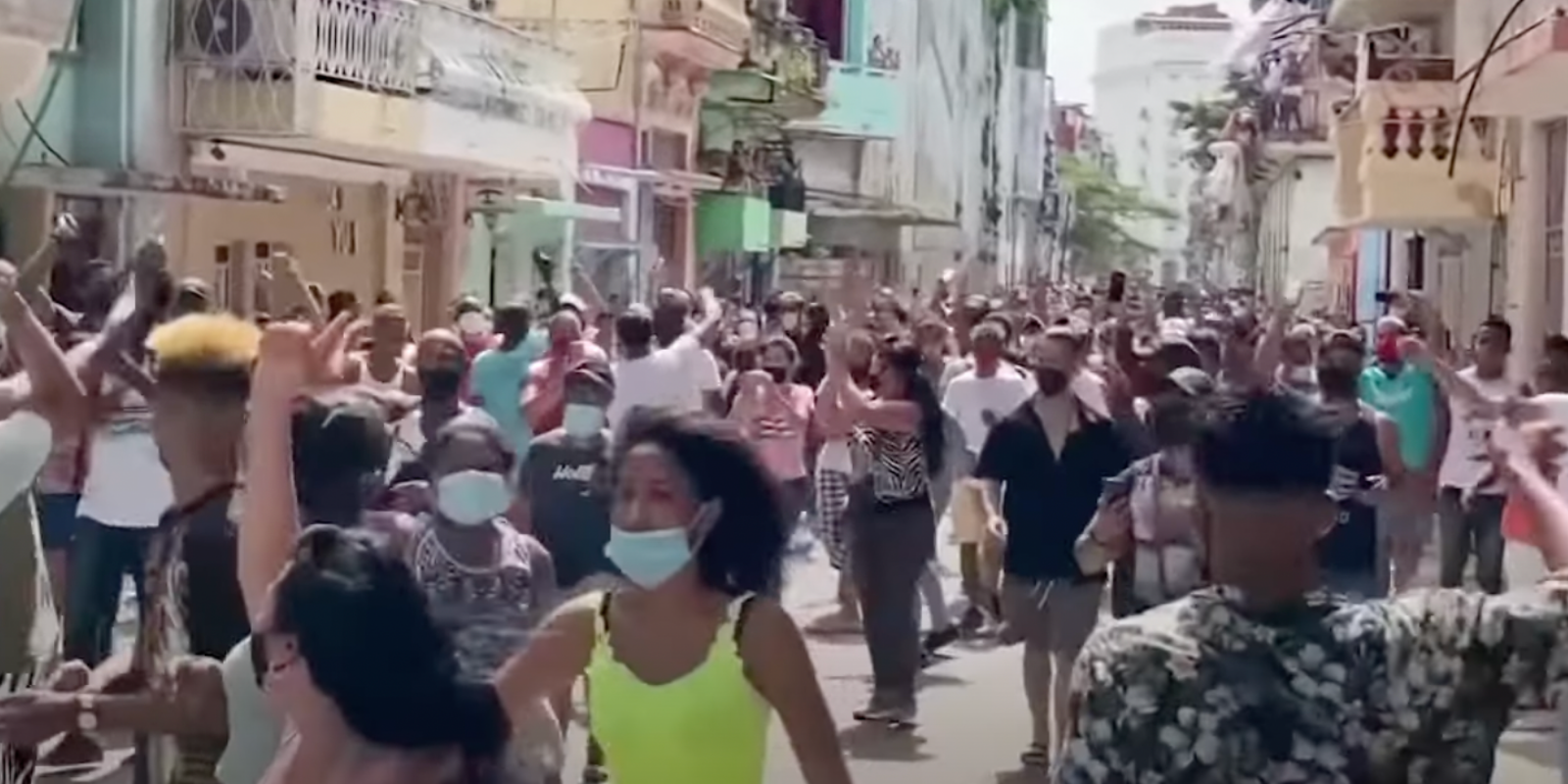 A young black man has called out Black Lives Matter for its tacit support of the communist regime in Cuba in a now viral video on Twitter. And he’s not the only one who’s calling out their lies.

Earlier this week, Black Lives Matter issued a statement calling on the United States government to lift its sanctions on the island nation, an embargo that prevents American businesses and commercial interests from conducting trade with Cuba.

The openly Marxist organization begun their statement with a condemnation of the U.S. government’s “inhumane treatment of Cubans” apparently blaming the United States for the current protests, and called upon the government to “immediately lift the economic embargo.”

“This cruel and inhumane policy, instituted with the explicit intention of destabilizing the country and undermining Cubans’ right to choose their own government, is at the heart of Cuba’s current crisis,” they added. “Since 1962, the United States has forced pain and suffering on the people of Cuba by cutting of food, medicine and supplies, costing the tiny island nation an estimated $130 billion.”

“Without that money, it is harder for Cuba to acquire medical equipment needed to develop its own COVID-19 vaccines and equipment for food production. This comes in spite of this country’s strong medical care and history of lending doctors and nurses to disasters around the world,” they continued.

Not only did Black Lives Matter get the date of the embargo wrong, they also lied about the details of the embargo, and why it was even imposed. To be certain, the embargo does not prohibit the sale and transfer of food or medicine.

As the longest-running trade embargo in modern history, the embargo was placed in October 19, 1960 amid the Cuban Missile Crisis, when tensions between the U.S. and the Soviet Union escalated into an international crisis stemming from Soviet deployments of ballistic missiles in Cuba, which is located less than 90 miles off the coast of Florida. It was the closest time the world had ever gotten to full-scale nuclear war.

The embargo does not impact the sale of food and medicine to Cuba, which is freely available to the country, either from the United States and any other country. China and many other countries not aligned with the United States do not recognize the trade embargo and freely trade with Cuba, bringing zero credibility to Black Lives Matter’s claim that the sanctions impact the daily lives of Cuban citizens, who struggle to deal strict rationing implemented by the Cuban regime.

Black Lives Matter then called on its supporters to lend their voices to support the Cuban regime, stating that it has “historically demonstrated solidarity with oppressed peoples of African descent, from protecting Black revolutionaries like Assata Shakur through granting her asylum, to supporting Black liberation struggles in Angola, Mozambique, Guinea Bissau and South Africa.”

Ignoring the fact that those so-called liberation struggles led to numerous massacres of whites as well as indigenous Africans, I’m not so sure it’s anything to be proud of. Beyond that, Assata Shakur is a convicted murderer who escaped from prison after she was sentenced over the brutal slaying of a police officer in New Jersey. The so-called “Black revolutionary” was directly responsible for a series of cold-blooded murders of New York City Police Department officers, bank heists, and terrorist attacks on police in the early 1970s.

As for Black Lives Matter’s claim that Cuba has “historically demonstrated solidarity with oppressed peoples of African descent,” well – I’ll let one black Cuban dispel that very notion. I would confront Black Lives Matter with his statement directly but I’m unable to do so because the communist organization blocked me.

Cuba’s so-called “command economy” is a failure. The government decides the price, availability, and manufacture of goods, rather than the market forces of supply and demand. Under the system, the government controls the means of production, while private ownership of industries and property are strictly limited to those favored by the regime.

Likewise, the Democratic Socialists of America, of which Ilhan Omar, Alexandria Ocasio-Cortez, and other members of the so-called “Squad” are members, also issued a statement claiming to stand with “the Cuban people and their Revolution in this moment of unrest. End the blockade.”

The “people” the DSA refers to are not those protesting for freedom, but the Cuban regime and party loyalists. The protests are mere “unrest” – the revolution is against the imperialists in the United States.

The "blockade" is what the Cuban communist regime refers to the Cuban Embargo. The DSA is expressing its support for the Cuban regime, not the people protesting it. The "Revolution" (capital-R) refers to Cuba's fight against "American imperialism."

Make no mistake, these organizations – Black Lives Matter in particular – openly support terrorists and communist regimes responsible for the untold suffering of millions. They should be called out for it.