Thankfully, Young is resilient, and unlike the Guardian, is ready to defend people he doesn’t agree with, rather than attempting to harm them 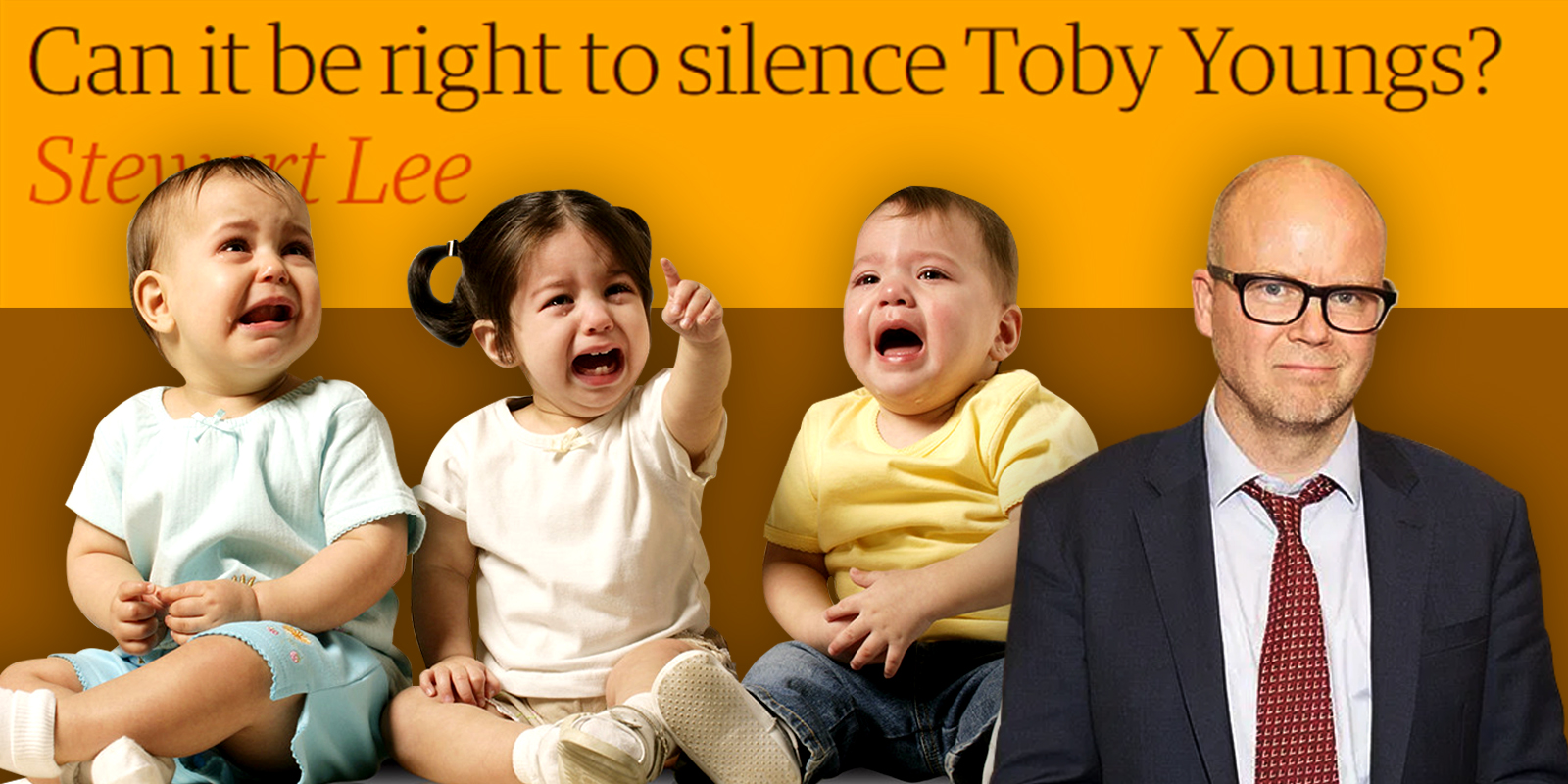 In a string of bizarre articles deriding British journalist and free speech-campaigner Toby Young, the Guardian seems to make a mockery of its self-proclaimed ethos to deliver “quality, investigative journalism so we can all make up our minds based on fact, not fiction.”

In one article, written by Joel Golby, Young is mocked bitterly throughout: “There is some singular power to Young that pulls your forehead like gravity towards the nearest wall, and here he is again, talking about free speech—and here we are again. Talking about Toby Young. Just like he wants us to. He’s done it again. The Michael Jordan of Being Wrong on the Internet.”

On he goes, flippantly mentioning Adolf Hitler (apparently there’s a spurious connection, which Golby has managed to dig up, but it’s so tenuous I won’t even bother to explain it), accusations of “grifting” (the new favourite accusation, possibly replacing “Nazi”), and, of course, yet another chance to repeat allegations of eugenics and the fact Young, who recently formed the Free Speech Union, had to resign from the board of a university regulator two years ago because of the hard digging by offence archaeologists.

In another article, which reads even more bizarrely, the comedian Stewart Lee asks “Can it be right to silence Toby Youngs?” Although I’m tempted to think the misspelling is a clear sign of the author’s lack of writing skills, it’s possibly a comedic tool, or a get-out-of-jail-for-free card – he can pretend he wasn’t talking about Toby Young, but some fictional character. “Toby Youngs is a tragic fly, floating on flimsy wings of unearned privilege and family connections, banging repeatedly into the same windowpane of failure, all the while wishing he were the soaring eagle of legend, instead of something that vomits on to its own food and sucks it back up into its mouth.” Bravo. Once again, the Guardian is showing utter contempt for its political opponents. But at least, when speech is free, crassness and ignorance are free to be ridiculed in plain sight.

It’s telling that the Guardian is just as bad at ad hominem—perhaps worse—than the British gutter press it loves to deride. Just last week, it published an article condemning the tabloids, particularly the Sun, for their “media frenzy” in the months before TV presenter Caroline Flack’s suicide. Putting themselves on a pedestal in this instance is easy when the target of relentless media attention is a young woman. A white, middle aged, “privileged” (I hate that word) man such as Toby Young is fair game, however. I can’t for one minute imagine slurs found in these two articles – and there are more like them – being used against a woman. Especially not a woman on the left. Imagine the uproar if, say, Afua Hirsch, black feminist and author, was ridiculed in the same way by the Telegraph or the Daily Mail.

But men suffer from mental illness, too. In fact, men are at much higher risk than women from death by suicide. According to the Samaritans, middle-aged men are three times more likely to take their own lives than women. Yet the Guardian doesn’t seem to bat an eyelid as its journalists devote their column inches to insulting conservative men like Young. #bekind doesn’t apply to people like him.

The contempt for people who dare to take on free speech—which has somehow become something the left likes to ignore or condemn as a right-wing issue, depending on their mood —is deep-rooted in parts of our culture. In an essay for the Critic, Young describes the toxic treatment that those who hold opinions that stray from the leftist creed receive at some of Britain’s universities, and recalls an episode at Durham University, where he was invited to speak:

“It was when Charlotte spoke that things took a wrong turn. She didn’t approach the dispatch box, but simply stood up and began reading from a prepared script. Almost immediately, she started attacking me. This wasn’t light-hearted banter, but rancorous, personal stuff. Among other things, she accused me of being a “misogynist” and a “homophobe”. It was the kind of language you’d expect at a nasty, factional meeting of the local constituency Labour Party, not a debating society at one of Britain’s most prestigious universities. I was taken aback, not least because it was all happening in front of (his children) Sasha and Charlie.” It didn’t end there: “A young man whom I later discovered was called Jack Pearce and is the co-chair of the Durham University Labour Club accused me of being a ‘paedophile’ to cheers from some members of the audience. This was then echoed by Charlotte, who shouted out ‘nonce’. More cheers.”

The outbursts were not met with any reprimands.

It seems to me that many Guardian columnists share the same attitude. Toby Young, it seems, is fair game. Had they bothered to read and listen more carefully, they might be surprised that the offences he’s meant to have committed are not justified by these sorts of counter-attacks. Young is outspoken, but not cruel. Disclaimer: I have met Toby twice and not once did I think he’d said anything misogynistic, homophobic or racist. He was courteous, liberal and open-minded. His essays and articles are fair and well written. Of course, parts of the left are afraid of ideas that might challenge their world view. Young has 105,000 followers on Twitter and reaches many through his prolific writing for outlets like Quillette, The Spectator and the Daily Telegraph. But his opponents seem to have forgotten to go for the ball, not the man.

Who knows. Maybe the Guardian is despairing because defending their stance on free speech is getting tedious. It must be hard to have to think up articles about “umpteen ways that free speech is bad.” Instead they’re making a mockery of that precious gift that freedom of expression can be used for; civil, reasoned debate. But as they like to point out—freedom of speech does not mean freedom of consequence. The consequences for the Guardian are that it is clear that it’s morphing into an involuntary source of satire. Thankfully, Young seems to be of the hardy sort, and unlike the Guardian, is ready to defend people he doesn’t agree with, rather than attempting to tear them down. As he says in his video about the Free Speech Union: I may disagree profoundly with what you say, but I will defend to the death your right to say it.”