Former President Trump’s administration made effective use of the public service account to broadcast where illegal immigrants with criminal records roamed free. 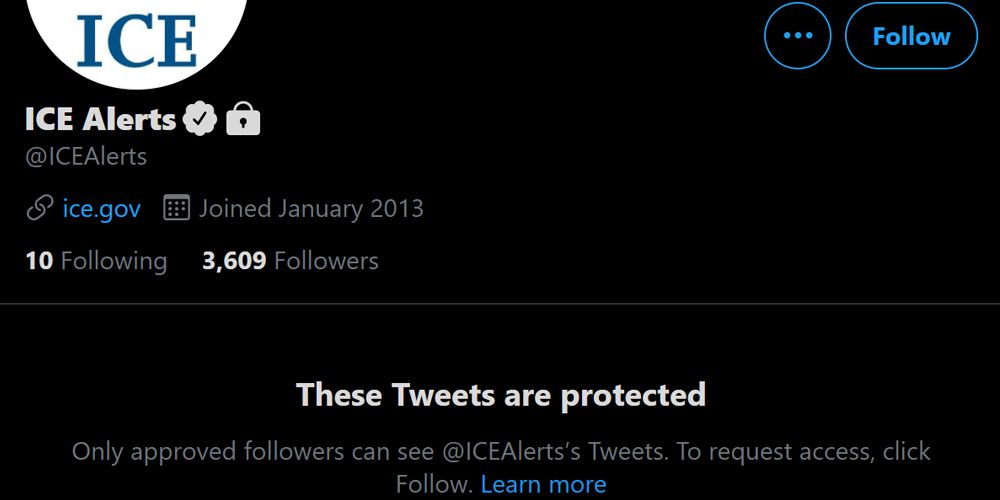 Former President Trump’s administration made effective use of the public service account to broadcast where illegal immigrants with criminal records roamed free.

Every tweet was a mini-PSA that had the name, country of origin,  picture, criminal history, and jurisdiction where the illegal immigrant is located. While this doesn’t outright delete the hundreds of tweets made, they’re all now hidden from public view, limited to the account’s 3609 followers.

The Daily Caller reports the account’s last tweet was January 21st. The first full day of the Biden Administration.

Former Immigration and Customs Enforcement advisor Jon Feere pointed out the issue today. In doing so he also highlighted how the @ICEAlerts account was geared toward maintaining public awareness.

The boilerplate format of every @ICEAlerts tweet was: “"When jurisdictions fail to honor an ICE detainer, it risks both public and officer safety, and unnecessarily expends ICE's already-limited resources. Have you seen this #fugitive? He is wanted by ICE Enforcement and Removal (ERO),” followed by a picture providing details about the offender-at-large.

It's unclear why exactly the current government made the decision to seemingly retire ICE Alerts. But it fits with the Biden Administration's agenda on immigration policy.