How did liberal and left-wing media entirely eclipse the fact that Jacob Blake was being pursued by the police for a crime? 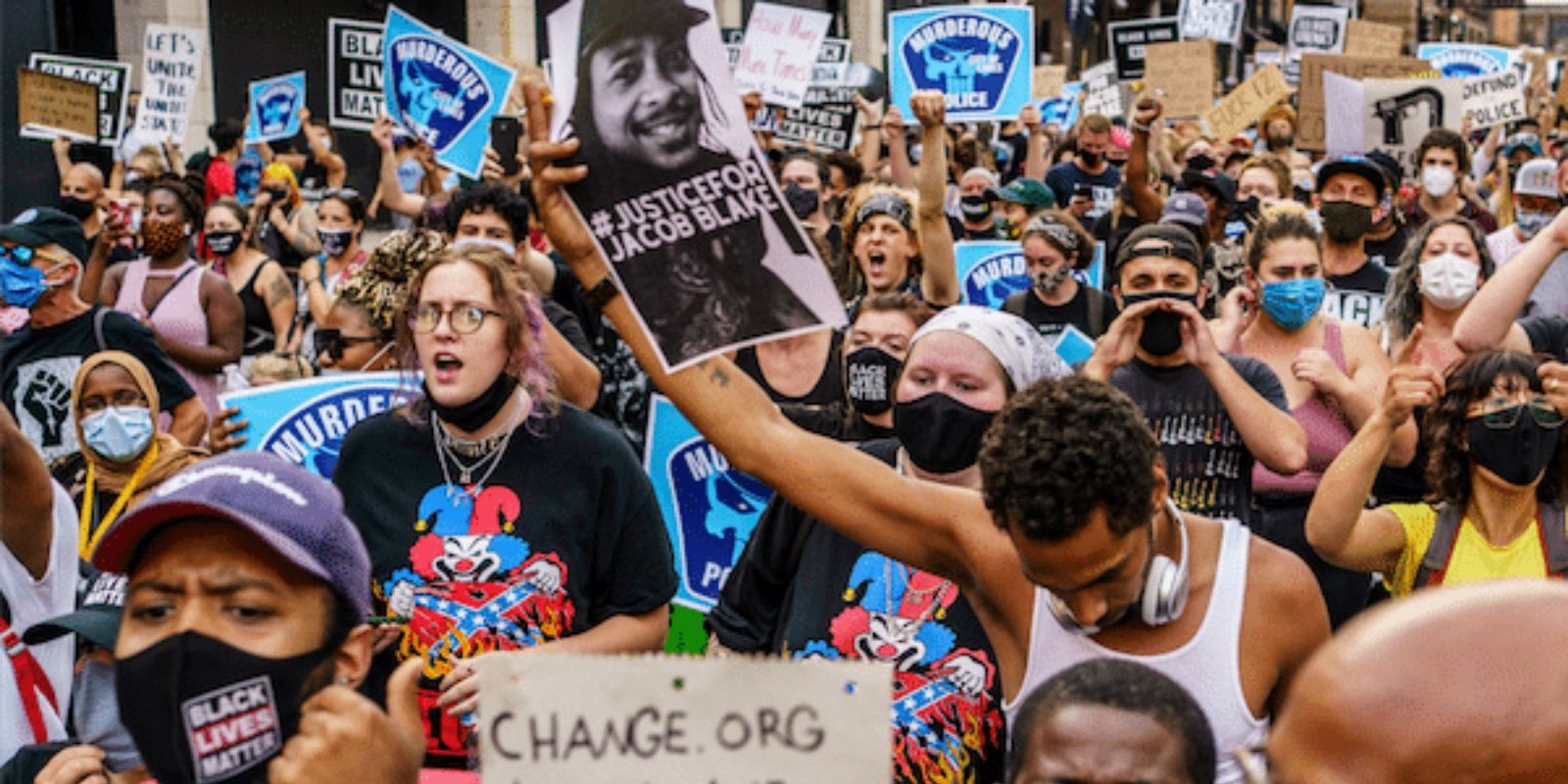 Earlier this year, I reviewed a virtual installation, "Art Stay Safe," curated by Qatari artist, Muna Al-Bader. Recently selected as Qatar's art ambassador to UNESCO for her ResiliArt Talk, Al-Bader’s virtual curatorial endeavour seeks to highlight artists from the region during the height of COVID-19 lockdowns as artists paid tribute to those working on the frontline while underscoring the social alienation at the time.

Al-Bader's fascinating virtual project has left me thinking how the physically safety of humans has been prioritized internationally this year, yet paradoxically women's rights and their physical safety have been virtually obfuscated within leftist American politics in recent weeks.

In the media's attempt to frame Jacob Blake as a victim, they have entirely obfuscated the fact that he was victimizing a woman, and that this is what brought the police to pursue him—not the colour of his skin, but the dangerous actions in which he was engaged.

Jacob Blake was charged with felony sexual assault, trespassing and domestic abuse in July for an incident which took place in May. Blake was then ordered to stay away from the victim. On 25 August, Blake chose to ignore this order and went to his victim’s house and sexually assaulted her again.

It has been bizarre to witness how the public demonstrations in Kenosha have taken off in the aftermath of Jacob Blake's having been shot seven times by the police.

The facts of this case presented in left-of-centre media are almost completely erased as we are given an emotionally-laden story that fit a narrative made to resemble that of other victims of police brutality. While similarities might appear to surface in the police shooting of Blake, most of this story has been constructed through the obfuscation of basic facts with an emphasis on pure pathos from Blake's understandably distraught family members. While emotions are important to the human spirit, they are rather extraneous when it comes to the truthful rendering of what happened in Kenosha last month.

For starters, the CNN coverage of the Blake story focuses upon the sentimental backdrop to the story where we are given emotional pleas from his sister within CNN's description: "He's a father, a son, an uncle and a brother who's focused on his loved ones." Blake's mother, CNN tells us, "believes in the power of prayer and forgiveness." Blake's family is undoubtedly and rightfully upset. Who would not be upset by a show of force by the police which has left one man paralyzed? But CNN used this family's press conference to entirely side-step the reason why Blake was being pursued by the police in the first place.

Here is the story that CNN and other media outlets did not tell while invoking political games in the distortion of the story. The Sun's "Donald Trump Jr. shares Jacob Blake's unconnected criminal record hours after an unarmed black man was shot" attempts to paint a story that Trump Jr. randomly constructed this from an entirely unrelated criminal past.

The Independent similarly omitted these facts maintaining that the police pursuit of Blake was entirely unrelated to his previous crimes referencing fellow journalist Andy Ngo's tweets on the subject: "Mr. Ngo also referenced Mr Blake's past charges for a third-degree sexual assault and domestic violence. Neither of those crimes carries death penalties."

I, too, was taken in by such stories. So I dug into other news coverage and discovered that the "unconnected criminal record" is not at all "unconnected" to the fact that the police were in pursuit of Blake.

How did liberal and left-wing media entirely eclipse the fact that Jacob Blake was being pursued by the police for a crime? The willful omission of this fact—with headlines like "It doesn’t matter if Jacob Blake committed a crime?"—has created a meta-narrative around the events in Kenosha that now implicate readers in a lie: that somehow the Kenosha police are prone to pursuing men because of their skin colour for no reason.

Blake was known to have carried and pulled out weapons. This fact is not a minor detail in how the police chose to respond to a call by Blake's sexual assault victim who had already obtained a restraining order against Blake. The charge was felony sexual assault. This kind of negligent reporting by major media is on par with CNN's recent coverage of a "peaceful protest" narrated by a reporter while burning buildings are shown directly behind the reporter making this claim as Libby Emmons has recently noted.

So much subterfuge has been engaged by the media on this topic, that it is difficult to find any media stories that correctly—and entirely—report why the police were pursuing Blake in the first place. The New York Times didn't get around to running these facts until almost two weeks after the fact.

Here is The New York Times account of the incident:

"Before the police shot Mr Blake, officers twice tried to use a Taser on him, state officials said. They also said that Mr Blake had admitted that he had a knife, which was later found on the driver's side floorboard of Mr Blake's car. There were no other weapons in the vehicle. In a statement, the union representing Kenosha police officers suggested that Mr Blake had forcefully resisted arrest, fought with officers, put one officer in a headlock and ignored orders to drop a knife he held in his left hand."

On social media, mini-battles are ablaze with people defending the police or Blake. Take your pick, our entire social fabric seems to move from one speciality to the next. Five months ago, everyone was an insta-virologist and today, everyone's a police ethics expert.

There are many questions as to what happened to include querying if it had been necessary for the officer to have fired seven shots—if any at all. However, we need to understand that framing this incident as "racist" or "police violence" when the victim of Blake's crime reported him to the police because he allegedly sexually assaulted her a second time, it is irresponsible at best to pretend that Jacob Blake was the only victim here. It may even come to light that he was no victim at all.

Facts matter and the good people of Kenosha and the entire country deserve the truth behind Blake's shooting. What is troubling is that the left-of-centre media outrage machine is looking for clicks at any cost. The minute we concede that leaving out Blake's victim entirely from this scenario is acceptable, then not only do we have our morals entirely reversed as a society, but we have become willing participants in asking for ideology instead of news.