The media's desire to 'get' Trump is its downfall

The desire certain media outlets have for taking every comment Trump makes and running with as though it is false is not only trite but troubling. 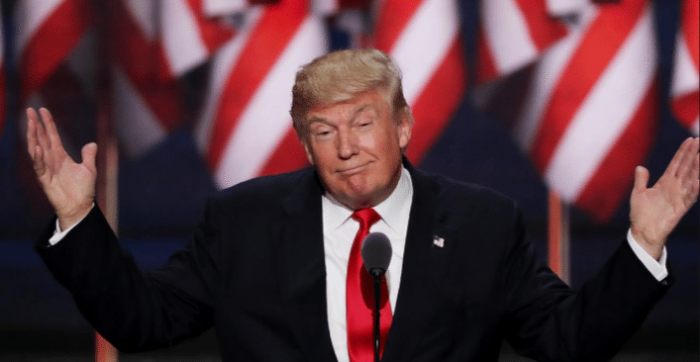 At the March 23 Coronavirus briefing, President Trump expressed concern about prolonged shutdowns in the country due to COVID-19. In particular, he noted that a severe recession could cause mental health incidences to increase, most notably suicides. He said that he could envision "suicides by the thousands" if the economy weren't restarted within a few weeks. He also stated that deaths by suicides could surpass COVID-19 deaths.

Immediately, the media pounced on his comments. ABC News ran an article fact-checking the president offering that "experts say there's no evidence to suggest that the suicide rate will rise dramatically."

That same day, BuzzfeedNews ran an article in which the title called the way that Trump spoke about mental illness "irresponsible."

The Associated Press ran a "fact check" piece saying that there was no evidence that there would be a marked increase in suicides due to social distancing and economic peril.

In April, Jo'Vianni Smith of Stockton, California, was found dead by suicide. Though Jo'Vianni, 15, left no note, her mother speculated that the stress of the COVID-19 crisis was the major factor in her daughter's decision. Her daughter was a promising athlete who was used to traveling with her softball team. One of her former coaches, Bill Fletcher, noted that her mother's catering business was likely suffering amidst the shutdown and encouraged other parents to communicate with their children to deal with the stress of the COVID-19 fallout.

April also saw the suicides of a British man who could not deal with the loneliness of lockdown, and New York ER doctor Lorna Breen. Two days before that, a rookie Bronx EMT shot himself after being pushed over the edge witnessing the toll the coronavirus pandemic was taking.

Fast forward to this month, CNBC cited a Journal of American Medical Association study on May 12. Some of the most notable takeaways were that loneliness and isolation are associated with increased suicidal thoughts and that general suicide peaks in the late spring and summer will likely coincide with peak coronavirus prevention strategies.

Additionally, The Hill reported that there was a 338 percent increase in calls to the Disaster Distress Hotline in the month of March alone.

The National  Center for Biotechnology Information released a study confirming what should be common sense; in times of economic turmoil suicide rates increase. In fact, in the aforementioned ABC News article, professor Richard Dunn said, "The general fact that President Trump cited is, in fact, true that when economies contract suicides do go up." He went on to say that suicide is not the only cause of death that correlates with economic distress.

That Associated Press fact check also notes that suicides saw a spike during The Great Depression.

That BuzzfeedNews article? It cited mental health experts who conceded that they had received an increase in phone calls from people considering suicide and experiencing suicidal thinking.

Add to that, pieces by US News, Chicago Tribune, and The Dallas Morning News that all note either an increase in the need for mental crisis services or experts concerned about an increase in suicides related to the COVID-19 pandemic.

The uptake is that Trump wasn't completely wrong.

Trump was clearly being hyperbolic when he said suicides may exceed the (ever-changing) total COVID-19 deaths akin to my weekly assertion that reality television wives are probably all broke. But the desire certain media outlets have for taking every comment Trump makes and running with it is not only trite but troubling.

President Trump is not a doctor. He is not a psychologist or other mental health expert or researcher. Though it may be cloaked under the guise of wanting the public to be informed and warring against misinformation and lies, the continued efforts to discredit everything he says, despite evidence to the contrary, really comes off as disliking him so much that he is not allowed to be even partly correct.

Further, with each briefing, the need for juicy news becomes more and more obvious. Similar to the days of "covfefe" when the media spent an inordinate amount of time reporting on a standard typo, the need to poke and prod Trump with questions that have no clear informative value but emotional provocation is grating and works against their alleged mission of a well-informed public.

For example, the media has been asking Trump if he's going to start wearing a mask for two months now. At the press briefing on May 8 and then again on May 15, the media asked, for the umpteenth time, Press Secretary Kayleigh McEnany about Trump's mask-wearing. Trump has said more than once that he would likely not wear a mask. Does the public need to hear this again? Better yet, why does the media feel the need to keep asking? Are they trying to shame him into it?

As a matter of principle, the truth is the truth no matter who says it; unless the person saying it is someone the media doesn't particularly care for. It would be nice to get back to the days when  journalists asked and answered questions that matter and every story wasn't a high school slam book of subtle insults.