"They want someone who is going to fight — but not too hard, because they don't want it to be ugly and bickering." 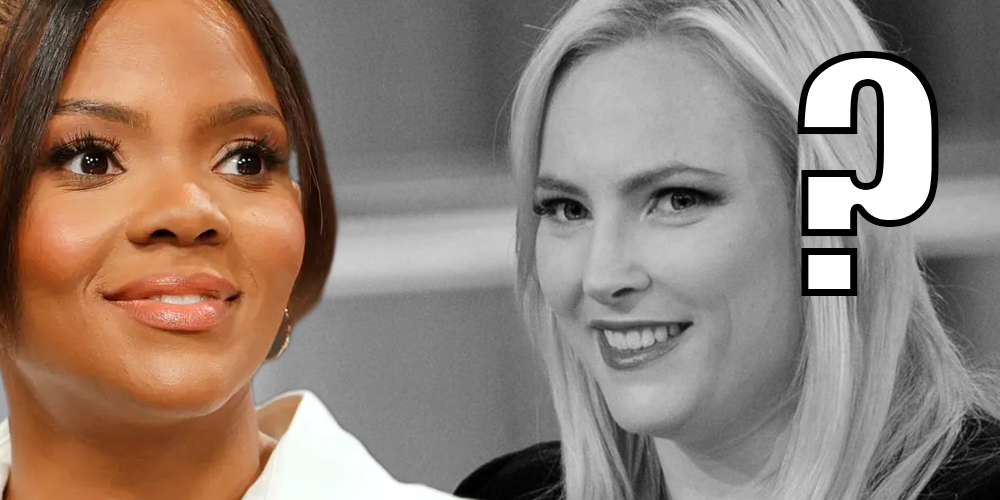 "The View" is on a quest to find their Republican Goldilocks to do the daytime talk show alongside their three other progressive bears.

When conservative co-host Meghan McCain left "The View" in August, it had marked the beginning of a rotating cast of fill-ins to replace her. But none of them have been a permanent fixture. A new POLITICO report exposes difficulties that "The View" producers are having with filling McCain's vacancy.

For a hypothetical, the suggestion of Daily Wire host Candace Owens can be brought up (earlier this year she was rumored).

Owens has interviewed former President Donald Trump as well as other high-profile folks. The problem in the eyes of "The View" executives is in how outlets like The Daily Beast habitually frame stories about conservative commentator, making it impossible to meet the selective criteria.

The closest they've been able to get in terms of potential is an offer of Kat Timpf from Fox's "Gutfeld!" show. But sources say Timpf rejected the offer partially because of the past reputation of how "The View" treats conservatives—as in badly.

POLITICO cites their sources who work on the talk show when sharing the specific prerequisites for the position:

"The problem is that they bring people on under the mantle that this woman is a conservative, when they're 'Never Trump,' so they don't represent the country," the report says.

That's what worked against guest hosts like Ana Navarro. Her open endorsement of Joe Biden in 2020 didn't help the ratings and the marketing people say people tune in to "The View" to see debates and banter.

Rolling Stone's take is that it's a lost cause, echoing the opinion by some on the left that Republicans are too far gone among the modern political divide. Indy100 goes as far as saying "normal" Republicans don't exist anymore.

POLITICO's report says guest hosts like Bari Weiss and Lisa Ling are what "The View" is opting for as a stalling tactic while they continue their search for Goldilocks.