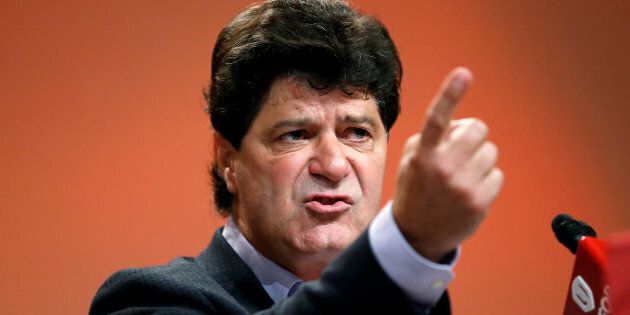 Jerry Dias, Unifor President and vocal Andrew Scheer opponent, has made national headlines since his union was handpicked to recommend someone to sit on the independent commission created to select “Qualified Canadian Journalism Organizations”.

Those media companies which are selected will be eligible to benefit off of the Liberal government’s $600 million media bailout fund.

Critics, including the leader of the opposition, have questioned the choice, highlighting the partisan past actions of the union.

Late last year, for example, Unifor’s Twitter account advertised itself in a Tweet as “Andrew Scheer’s worst nightmare” for the 2019 election. When criticized by Scheer for his comments, Dias recently suggested on Twitter that the CPC leader was “unfit to lead.”

However, before Dias became an arch-nemesis to Andrew Scheer, he had a long and prolific career as a labour unionist with some very interesting twist and turns. Here are the three most surprising facts we discovered about Jerry Dias.

Despite coming out strong against the Conservatives ahead of the 2019 election, Jerry Dias contributed $300 to Kelly Leitch’s CPC leadership bid in 2016.

According to Dias, the donation was “personal” from one friend to another.

“Jerry Dias and Kelly Leitch are personal friends and he made a  contribution to her campaign. This was a personal donation and not a  single cent was donated from or on behalf of the union,” said Unifor’s director of communications, Denise Hammond.

During the said leadership campaign, Leitch eventually landed in political hot water after she suggested that newcomers to Canada should be screened for “Canadian values”.

2. He earned $123,841 as a national representative of the Canadian Auto Workers

According to an April 18, 2001, Canadian Press report in the Kitchener-Waterloo Record, Jerry Dias earned a generous six-figure salary during his stint as the national representative of the Canadian Auto Workers union (CAW).

CAW would eventually merge with the Communications, Energy and Paperworkers Union of Canada to form what is today known as Unifor.

Dias was elected as Unifor’s first president and has held the position ever since.

When calculated for inflation, Dias was earning an equivalent of $172,212 in today’s Canadian dollars during his gig at CAW.

3. Dias once said he’s “not prepared to close down the oil sands”

In 2016, when the New Democratic Party was internally debating the environmentally-friendly “Leap Manifesto”, Dias came out against some of the proposal’s more radical premises.

“People like myself are not prepared to close down the oil sands to tell  my members that work in refineries, thank you very much for your  contributions,” said Jerry Dias in a Huffington post interview.. “I have members in the auto industry, aerospace industry,  the reality is fossil fuels are a reality.”