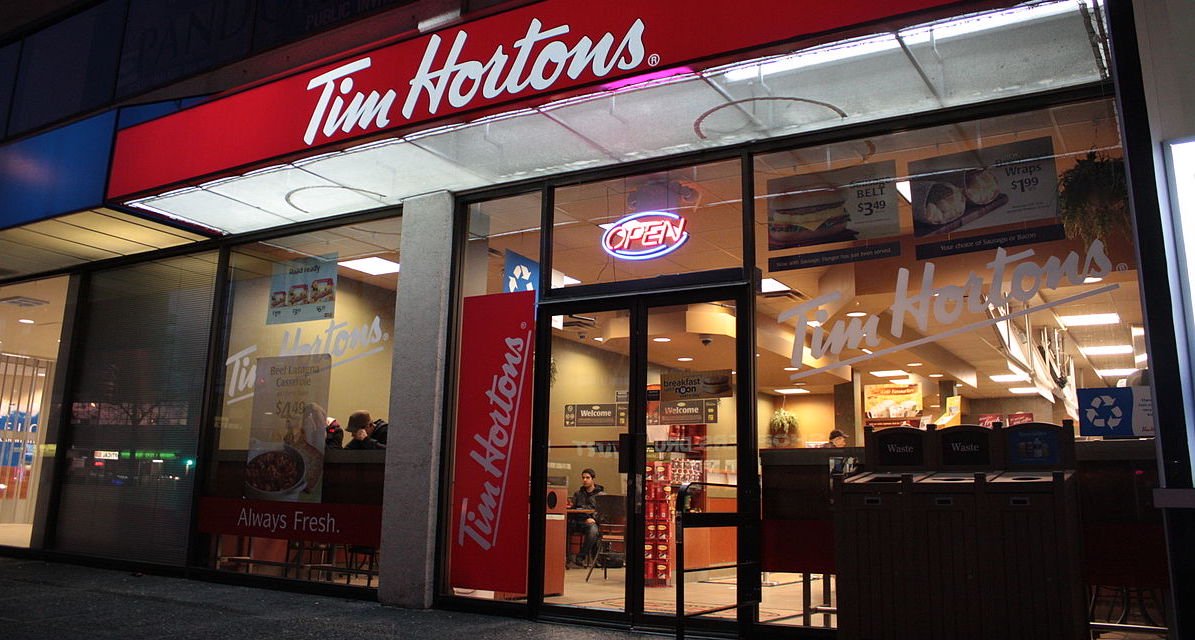 Restaurant Brands International (RBI), the Brazilian parent company of Tim Horton’s released a report on Monday stating that Tim Horton’s sales had dropped 4.3 percent in the final quarter of 2019. Tim Hortons is RBI’s most lucrative brand and the sales drop is much higher than the company had predicted.

Intense competition from other mega-chains such as Starbucks and Dunkin’ Donuts have affected sales, as well as the surge in third-wave independent coffee shops, according to Huffington Post.

Tim Hortons had previously tried to reach news consumers by introducing a plant-based breakfast sandwich through Beyond Meat, however the new addition was discontinued after only a few months due to lack of sales.

RBI has relied on its chicken chain, Popeye’s, to make up the difference for Tim Horton’s drop in sales. Popeye’s brought the parent company’s overall shares up four percent on Monday morning. A very popular chicken sandwich was reintroduced to the Popeye’s chain which saw a 34.4 percent spike in same-location sales. RBI’s analysts had only predicted a 12 percent increase with the menu change however were surprised with the popularity. The spike in sales also prompted competitor McDonald’s to test out its own new chicken sandwich at some of its chains as well.

As for Tim Hortons RBI says it’s going to refocus on the “founding values” of the chain in an attempt to regain popularity in Canada.