"To Rescue the Republic" gives us a refreshing new glimpse of Grant as commander in chief that paints him in a new and better light and holds a mirror to our nation's current state of perpetual crisis. 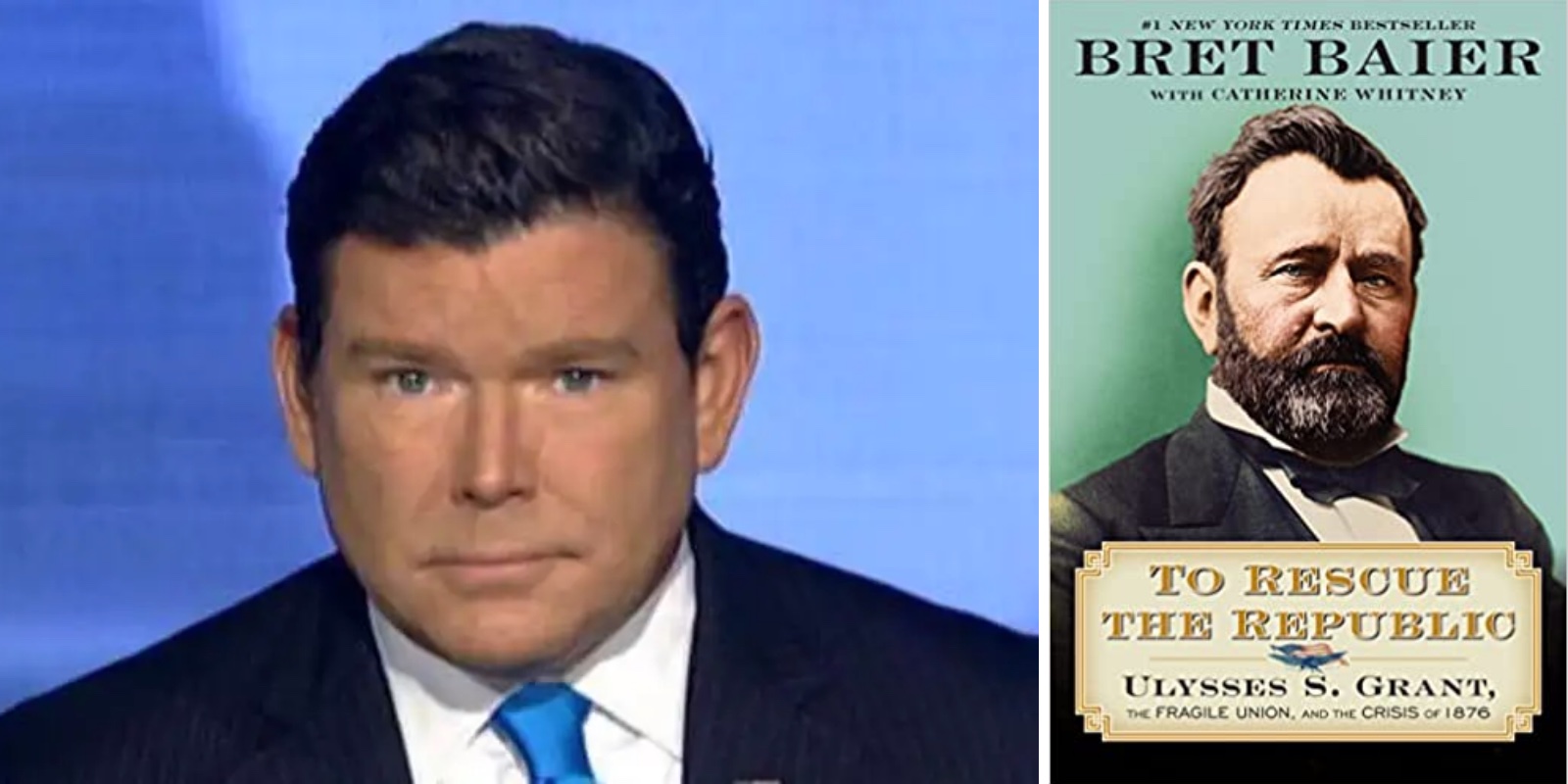 Perhaps no president has a legacy as confused and ever changing as that of Ulysses S. Grant. This may be a result of the long shadow Abraham Lincoln cast over his time in the White House, or the small corruptions that bubbled about his tenure, more likely it is owing to his failure to make Reconstruction and freedom for black Americans stick at the dawn of Post Bellum America.

Whatever the reasons, in their new book, To Rescue the Republic, Ulysses S. Grant, The Fragile Union, and the Crisis of 1876, Brett Baier, and co-author Catherine Whitney give us a refreshing new glimpse of Grant as commander in chief that paints him in a new and better light and holds a mirror to our nation's current state of perpetual crisis.

If there is any fault to be found in this fast paced volume it is that the subject of the subtitle, the crisis of the 1876 election, doesn't show up until about two thirds through the work. But if it takes a while to get to the fireworks factory, that is easily forgiven considering the nature of the survey of Grant's life that proceeds it. Baier is a newsman, and writes like one.

The elements of Grant's childhood and military career that make up the bulk of the book are carefully chosen to illustrate how he developed into the only man capable of safely guiding the nation through the contentious presidential contest that nearly plunged the nation back into civil war just a decade after Appomattox.

It is a portrait of a man often at odds with himself. He is an anti-slavery advocate, with family connections to radical abolitionist John Brown, who marries into a slave owning family. He is an architect of battle plans that wrought unprecedented butchery who felt deeply the loss of life and limb of Union and Confederate soldiers alike. He is a champion of blacks and Indians who ultimately negotiated away the rights and safety of both. Pragmatic, yes, but also possessed of a deep and profound emotional reservoir.

The centennial election of 1876 will feel familiar to the reader. Florida, Louisiana, and South Carolina had contested results. Democrats and Republicans were at each other's throats. The former were convinced that Samuel Tilden had won, the latter likewise sure of the victory of Rutherford B. Hayes. It culminated in an electoral count complete with violent threats against the Capitol building. The author offers a vivid account of the crisis, one in which Reconstruction and the future of black and brown Americans hung in the balance.

Baier brings to bear the historical parallels between 1876 and our own time both with reference, in the introduction, to the Capitol riot of 2021, and in the final chapter to the violent "anti racism' protests of the summer of 2020, including the rather absurd toppling of a statue of Grant in San Francisco.

However, what is most telling is not the similarities, but the key difference. That is to say that today there is no Grant, no heroic figure that the vast majority of Americans trust and will rally around. In the absence of such an individual it is difficult to see how our hyper-partisan present can lead to a more unified and mollified future.

If, as may be fairly suspected, America has outgrown the age of heroes, then none other than the people ourselves can take their place. Only we as a nation can compromise with each other. Grant, as depicted by Baier, would almost certainly have it no other way.

The most important contribution that this book makes to the scholarship of 19th Century America is not in its detailed accounts of specific events, though those often sparkle, but rather in its overall tone. It is not just the contemporary politics of the United States that are ripping us apart today, but also the very understanding of our nation's history.

Were we founded in 1776 or 1619? Is our grand experiment one of freedom, or is that a mask for a system so rooted in racism that the baby of America must be thrown out with its bathwater? Here, Baier's willingness to confront honestly, and forthrightly the sins of the past paints a way forward for future generations puzzling out just what the United States is and what it represents.

While it is a bit of a myth that American students ever learned a completely whitewashed history of our nation, we have too often, and too quickly brushed aside the downsides of our great compromises. It isn't, after all, enough to say they were the best possible outcomes without frankly, and indeed emotionally, coming to terms with the traumas those compromises inflicted not just in the past, but in the lives of millions of Americans today who were harmed, not privileged, by the deals hammered out. In this regard To Rescue the Republic is an elegant blueprint for our historical considerations going forward.

Patriotism need not avoid the ugly scars of our nation's past, in our faults are often the found the groundwork of our great advances. To Rescue the Republic casts a cold eye on both and offers us a President Ulysses S. Grant who is all the more heroic for his many imperfections.