I know you’re not supposed to review a TV show on the basis of a single episode, but I don’t think I’m going to make it past episode one of the second season of Jack Ryan. 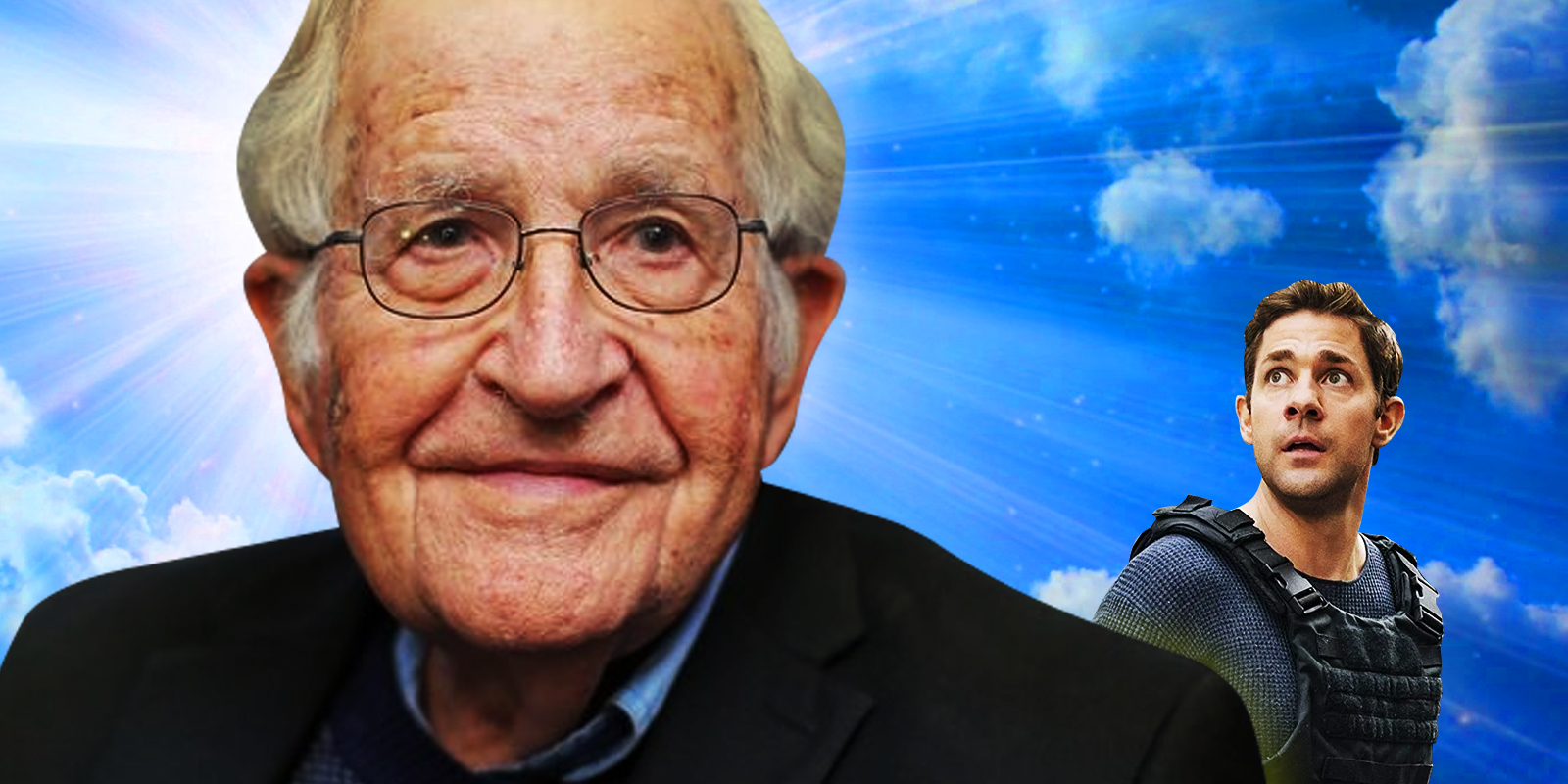 I know you’re not supposed to review a TV show on the basis of a single episode, but I don’t think I’m going to make it past episode one of the second season of Jack Ryan. Its full title is Tom Clancy’s Jack Ryan but it might as well be called Noam Chomsky’s Jack Ryan.

Take the fictional version of Venezuela where most of the action is set. Its economy is in the toilet, the people are starving, and it’s on the verge of becoming a failed state. So far, so accurate. But the reason this Venezuela is such a basket case is not because it’s been ruled by a succession of corrupt socialist demagogues for the past 21 years, but because—wait for it—the President is a far-right populist with bad hair. But don’t worry, kids. There’s a challenger waiting in the wings whose planning to take him down at the forthcoming Presidential election: a middle-aged, female academic-turned-activist who believes in “social justice.” In case that’s too subtle for you, she even looks a bit like Elizabeth Warren.

Jack Ryan season two isn’t just the usual, run-of-the-mill, politically correct Hollywood gibberish like Watchmen. It’s as though the writers and producers have deliberately set out to troll conservatives. What are they going to do for an encore? Set season three in Cambodia circa 1977 and portray Pol Pot as a free market capitalist obsessed with Ayn Rand?

Perhaps John Krasinski, whose star vehicle this is, was stung by some of the woke criticism the first series attracted—“From frame to frame, Jack Ryan is an astonishing case study in toxic narratives,” said Vanity Fair’s Sonia Saraiya—and is trying to make amends. In one scene, we see John Krasinski being taken advantage of by a beautiful, Venezuelan secret agent who exploits his sense of male entitlement to get a look in his briefcase. Female ingenuity 1, toxic masculinity 0.

The whole episode plays like the TV equivalent of one of those grovelling apologies delivered by a celebrity who’s been called out by a Twitter mob. Perhaps, for saying something 15 years ago that breached a speech code put in place the other week. Although my prediction is that Krasinski and his crack team of TV professionals will end up falling foul of the purity policy anyway because it’ll be Jack Ryan that saves democracy in Venezuela, foiling a dastardly plot by the Trump stand-in to execute a military coup and ensuring the Warren look-a-like becomes President. Haven’t these bozos ever heard the phrase “white saviour?”

Maybe I’m looking for things to be offended by. Woke criticism is often unintentionally funny for precisely that reason, like Richard Brody’s New Yorker review of A Quiet Place, Krasinski’s directorial debut. Entitled ‘The Silently Regressive Politics of “A Quiet Place,” it took Krasinski to task for smuggling a white supremacist narrative into a fairly standard horror film. “In their enforced silence, these characters are a metaphorical silent—white—majority, one that doesn’t dare to speak freely for fear of being heard by the super-sensitive ears of the dark others,” wrote Brody. So A Quiet Place taps into the fear white people have of being turned on by people of colour for inadvertently saying the wrong thing? I have to confess, when I saw the movie last year, that didn’t occur to me. I just thought it was a fun ghost train ride.

I will allow the writers and producers this much: they probably aren’t aware of Venezuela’s totemic significance for conservatives like me as the latest in a long line of failed socialist experiments. In the UK, we’re in the midst of a General Election in which the leader of the Labour Party, Jeremy Corbyn, is an unreconstructed, old school socialist—a bit like Bernie Saunders, but without the energy. As recently as six years ago, Corbyn hailed Hugo Chavez as “an inspiration to us all,” and it’s clear that Corbyn’s policies would have a similar effect on the UK as Chavez’s in Venezuela. When Chávez came to power in 1998, 48 percent of households were living in poverty; in 2017, that figure was 82 percent.

I wasn’t surprised when President Maduro, Chavez’s successor, urged Venezuelans to stave off hunger by eating their pet rabbits. That’s the story of all socialist political projects: They begin with a vision of the universal brotherhood of man and end with people having to eat their own pets.
The half-wits who made season two of Jack Ryan probably aren’t aware of the connection between socialism and Venezuela’s penury and just made the President into a right-winger to take a shot at Trump. I might have been able to get past that if the show had been any better, but it was pure dreck, a liberal version of The A-Team. A step down from season one, which I hadn’t realized was possible. I’m going to switch to season three of The Bureau instead.