TOO BIG TO FAIL: Joe Rogan makes Spotify too much money to censor

A new report sheds light on censorship attempts by the "woke" staff at Spotify who lobby to silence one of the most popular podcast hosts in the world. 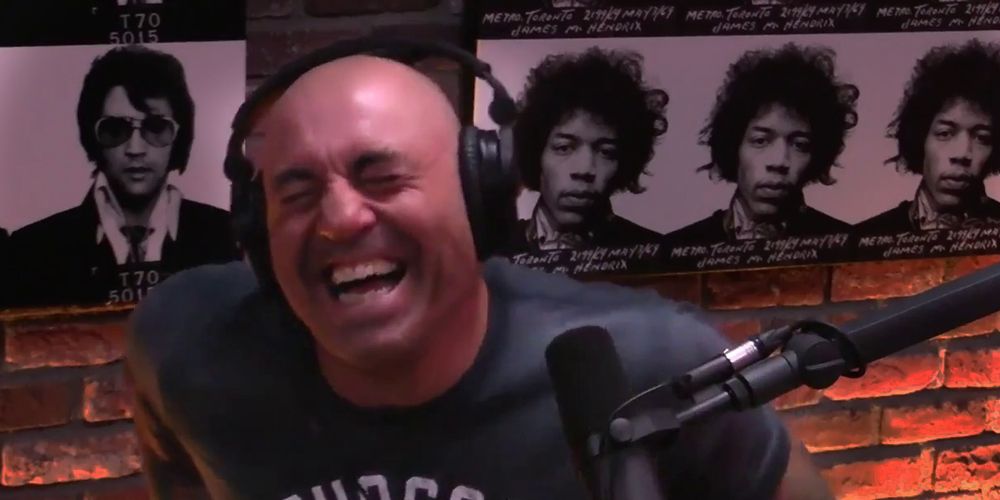 Paying upwards of  $100 million for the rights to the Joe Rogan Experience is paying off for Spotify, enough to keep at bay the people aiming to muzzle the famous podcast host.

This comes via an expose from Insider that further explores the internal backlash at Spotify amidst the success of Joe Rogan on their platform. Staff react strongly whenever the show has guests that don't fit the far-left political paradigm (or Rogan gives his opinion on vaccines and other topics).

Employees reportedly in the past demanded trigger warnings and the ability to do a fact-check screening before making them available live.

Management shot those demands down.

“We want creators to create. It’s what they do best. We’re not looking to play a role in what they should say,” Spotify CEO Daniel Ek told The Financial Times last year in response to Rogan criticisms.

Insider highlights an earlier piece by the Wall Street Journal about how Spotify employees were offended that Rogan invited Abigail Shrier to his program in July 2020. Given her book “Irreversible Damage” and its critique of transgender surgeries being easily accessible for youths, who might regret their choice later on in life.

"I'm personally bothered by his transphobic comments and am concerned with the way he might spread misinformation," a Spotify employee wrote on an internal company message board in Fall 2020.

Another offered rebuttal: "a loud minority of people who are outraged."

It was both Shrier and the appearances of Alex Jones that led Spotify’s legal chief to “encourage concerned employees” to flag Rogan’s content for any rules violations.

They tried to get the most recent Alex Jones interview taken down but in that case the company didn’t budge. However Jones, along with the likes of Gavin McInnes and Milo Yiannopoulos, among other guests, were indeed victims to Spotify’s “trimming down” of the Joe Rogan podcast backlog.

The only noted instance of a sponsor pulling away from Joe Rogan’s show because of guests was DoorDash. "We condemn the sentiments and divisive language then expressed by Joe Rogan," they said about why they stopped advertising.

Bari Weiss herself resigned from the outlet two months later. Amidst the same phenomena of internal company politics that Spotify has against their own star Joe Rogan.

It was midway through last month that Joe Rogan criticized CNN’s show as “f**cking terrible.”