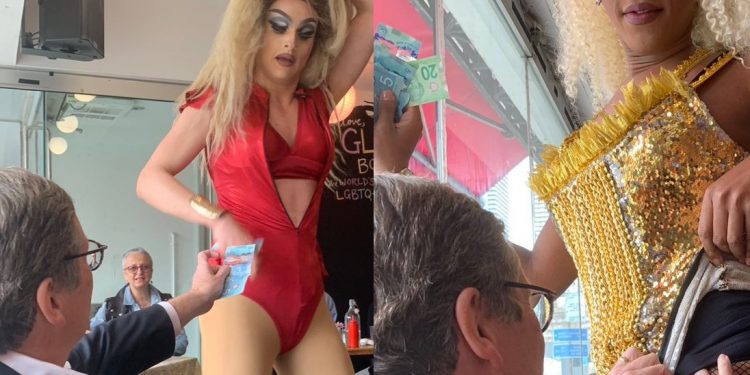 A video and images from a Mother’s Day Drag Brunch depict Toronto Mayor John Tory stuffing five dollar bills into the underwear of a drag performer.

In the video, John Tory looks on laughing as a drag performer gives him a lap dance, and he slides a five-dollar bill into her thong and rubs her back.

The event was held at Glad Day Bookshop, the “oldest LGBTQ bookstore in the world.”

John Tory was first elected mayor of Toronto in 2014 defeating Doug Ford, who at the time took the place of his brother Rob Ford.

Rob Ford stepped aside as the incumbent mayor after being diagnosed with a tumour.

Following his win against Ford, Tory re-elected last year against Jennifer Keesmaat with 63% of the vote.

Tory has advocated for LGBT rights and frequently attends the city’s Pride Festival.

The Post Millennial reached out to the mayor’s office for comment on the event but had not heard back by the time of this article’s publication.