The series promises to put the American people directly in the "frontlines of the crisis" and will focus on the lives of people caught up in Biden's border crisis, which has seen over 2.1 million border crossers pour into the US in the 2022 fiscal year alone. 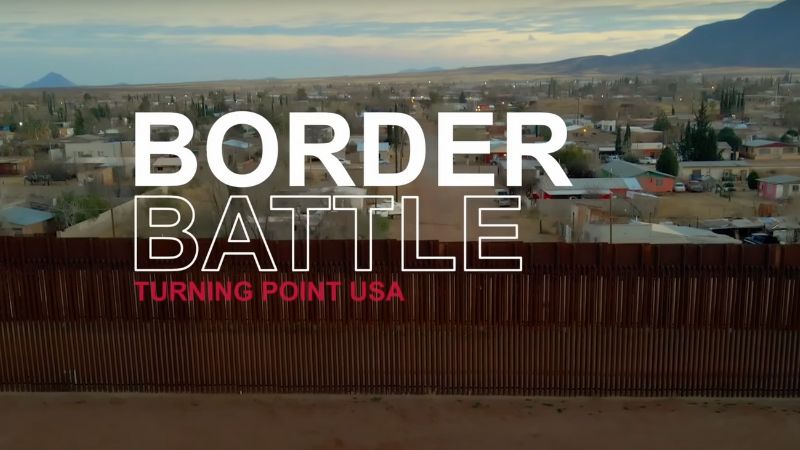 The show's press release reads, "Border Battle is a docuseries that chronicles the horrifying conditions on America’s Southern Border and the consequences of decades of Government neglect."


"Our mission is to expose the border crisis for what it is, a catastrophe of profound scope," the statement continued.

The series promises to put the American people directly in the "frontlines of the crisis" and will focus on the lives of people caught up in Biden's border crisis, which has seen over 2.1 million border crossers pour into the US in the 2022 fiscal year alone. That figure accounts for encounters with Border Agents, and there are an estimated 600,000 others who made it into the US and simply got away.

The first episode, titled "The Crisis," focuses on Sheriff Mark Lamb of Arizona who connects the humanitarian crisis at the border with Biden's governance and open borders policy. Lamb detailed some of the consequences on Biden's policy on Jack Posobiec's Human Events Daily Sunday Special including the fact that "Children are being put into slavery" by the cartels.

The human trafficking and slavery perpetuated by Mexican cartels is a major focus of the series, as it is one of the largest slave trades in human history, yet largely goes unreported in establishment media. The second episode, "The Cartel," focuses on how these groups are leading the way in this modern horror.

Episode three, "Serial Killers," focuses on fentanyl, and how the drug is being brought into the US across the border by cartels with the help of China. These forces together have smuggled copious amounts of fentanyl, along with other drugs across the southern border, usually along with migrants who are also illegally crossing.

The remaining episodes show the impact that Biden's border crisis has had on border states like Arizona and Texas, and also present some solutions the US could embrace to begin to solve this catastrophe.