Swedish Chamber prosecutor Mats Ljungqvist, who is leading the ongoing preliminary investigations into the explosions, said the incident was "gross sabotage," according to a press release. 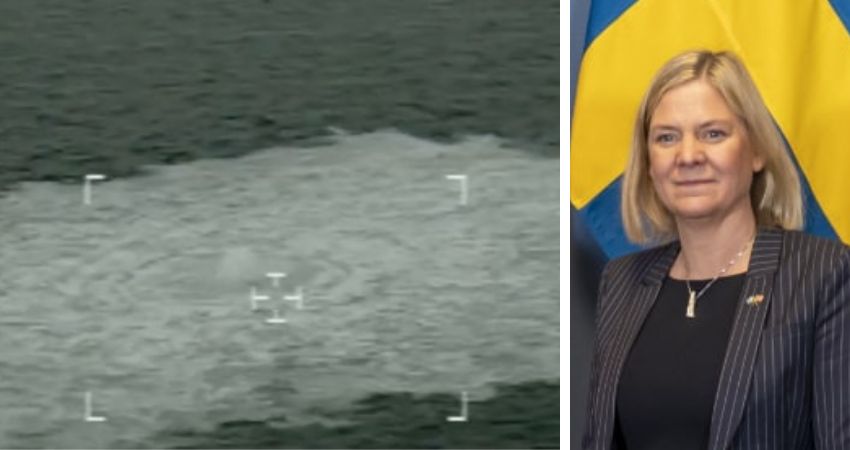 Olivia Rondeau
Nov 18, 2022 minute read
ADVERTISEMENT
ADVERTISEMENT
Swedish prosecutors on Friday announced that "traces of explosives" were found at the leaks in the Nord Stream gas pipelines, and were the result of "gross sabotage."

On September 26, the Nord Stream 1 and 2 pipelines, which were built to transport gas from Russia across the Baltic Sea to Europe, became inoperable as a result of explosions causing three separate leaks. One day later, Norway and Poland opened up the Baltic Pipe in an attempt to stop relying on Russia for gas, said Norwegian officials.

Initially, some foreign leaders and publications were pointing the finger at the United States due to the Biden administration's threats on Nord Stream, but most European officials suspected Russian sabotage, reported The Washington Post.

While the leaks were located in international waters, they occurred within the economic zone of Sweden, prompting the European nation to launch a probe into the matter.

On October 3, Sweden sent a diving vessel to the site of the leaks. About six weeks later, Swedish Chamber prosecutor Mats Ljungqvist, who is leading the ongoing preliminary investigations into the explosions, said the incident was "gross sabotage," according to a press release.

"During the crime scene investigations that were carried out on-site in the Baltic Sea, extensive seizures were made and the area has been carefully documented," Ljungqvist said.

"Analyzes that have now been carried out show traces of explosives on several of the foreign objects that were found. The advanced analysis work continues to be able to draw safer conclusions about the incident," he continued.

He also noted that cooperation between Sweden and other countries has been going "excellently."

The Swedish Security Service also said in a Friday press release that "explosive residue was identified on a number of the seized and analyzed foreign items" that were found at the site.
ADVERTISEMENT
ADVERTISEMENT
Swedish PM