As a trans woman myself, it has been interesting to see that most trans people actually agree with JK Rowling. 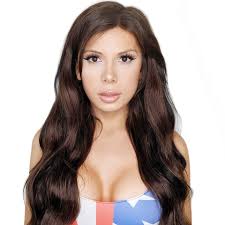 From the outside looking in, it may appear that a mutiny is arising amongst the transgender population against beloved Harry Potter author JK Rowling, amidst her tweets about biological sex which have been deemed by many as “transphobic” and “hateful.” She took to Twitter a few weeks ago to state that while she loves and supports trans people, she believes in the existence of biological sex and how it may shape the lives of biological women in ways that trans women do not experience.

However, as a trans woman myself, it has been interesting to see that most trans people actually agree with her. The outrage you are seeing is almost exclusively from white liberal allies who are determined to speak on our behalf, often launching extremely hateful and misogynistic attacks on Rowling for her opinion. Celebrities like Daniel Radcliffe, Emma Watson, Halsey, Ben O’Keefe and more have all had choice words for Rowling. Below are some of their reactions, and then we’re going to juxtapose them with the reactions from the *actual* trans community rather than rich, virtue-signalling celebrities.

According to the media and those who seek to destroy Rowling, the above opinions are the ones that matter. Now, let’s hear from the actual trans community, who largely agree with Rowling.

Trans YouTuber Mars responded to Takei with the following:

If the assertion is that acknowledging the existence of biological sex is indeed transphobic, there is clearly not a consensus within the trans community about it. How can trans allies who often have much larger platforms than the trans people they defend take it upon themselves to decide what is transphobic, while ignoring the outcry of trans people who are defending Rowling?

You can watch my recent video about this entire fiasco below: