Tribalism is the single-biggest threat to the peaceful fabric of North American life. 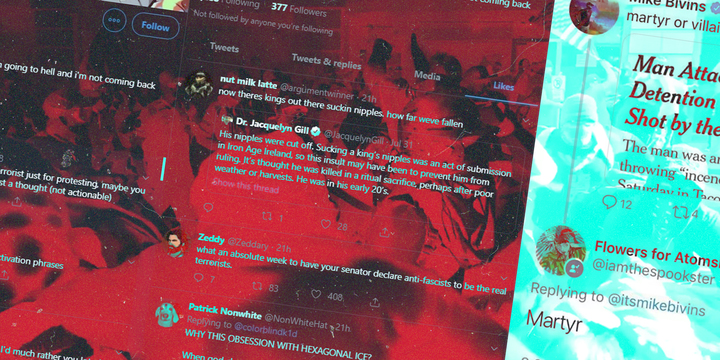 On one of the bloodiest weekends in recent American history, a reported white supremacist gunman took 20 lives in an El Paso Wal-Mart. Only 13 hours later, a reported Antifa sympathizer in Dayton, Ohio killed his sister and her boyfriend as well as seven others at a popular nightspot, though his personal motivation is still unclear. These two young men who seemingly followed opposing ideologies both saw mass violence and death as the solution.

This kind of violence doesn’t stem from either an exclusively left or right perspective, but from an undercurrent of tribalism in our society that can cause young people to feel worthless and hopeless. When people feel isolated, they reach out desperately for somewhere to belong.

Over the same weekend as this numbing violence, the young socialists of America gathered in Atlanta for an annual convention. They bickerered about the gendered use of the word “guys” and how clapping is too triggering and must be replaced by jazz hands. The live streams for the four-day event are a tragicomic, yet stunningly accurate depiction of the self-parody that has become the American left. These ideologues are eating themselves alive, while completely ignoring the effect their divisive language is having on society at large.

However, divisive language is not the sole purview of the left. The right has its fair share of alienating talking points. Fox News anchors miss the mark when they spout off about the dangerous video games pose in radicalizing those like the young El Paso gunman. Xenophobic, identitarian, anti-immigration language doesn’t help either. It’s almost as if there are bad actors on both sides.

While the left blames “white supremacy” for the problem, and the right thinks that a permissive culture that advocates for violence is at fault, often refusing to acknowledge the problem of white supremacists, neither is looking at the issues that are truly tearing us apart. At the root of both the vile scourge of actual white supremacists and the fevered Antifa activist’s dream that everyone who disagrees with them is a white supremacist is the desire to categoize and group people. To put it more simply—identity politics.

Tribalism is a substantial threat to the peaceful fabric of North American life. It leads to censorship, panic, and conspiratorial thinking. We have abandoned our commonality in favour of elucidating and entrenching our differences. We point fingers and otherize, telling those different from us exactly why those differences make whatever our group is better than whatever their group is. When we box and package ourselves, we make it easier to be divided. We assemble according to shared characteristics, and bond over how different our group is from other groups. It isn’t long before groups take pride in those aspects of self that they all share, and it isn’t long after that pride in shared characteristics within the group morph into feelings of group superiority over others.

White supremacists subscribe to identity politics. They use the prevalence of cultural tribalism to be culturally tribal themselves. The left uses identity politics to unify the members of a group, and then to ascertain, identify, or invent commonalities among groups of groups. This is why the left has the appearance of being comprised of groups of groups, while the right appears to be a solid voting block. Media ideologues vie for control of the narrative, pitting labels of white supremacy against armchair diagnoses of mental illness while real life bodies pile up.

People who murder innocents do it for the same purpose: to terrorize a community and instill fear. That’s what these men were doing. Despite reasons given, whether the manifesto of the El Paso shooter, or whatever reasons we may never know from the Dayton shooter, they picked up weapons with the intent of mass murder because they felt this was the only way to assert power. It goes without saying that these were horrible, terrorist acts. But the fact is that they keep happening, with young people radicalizing on both the right and the left.

Is it likely that a boorish, politically incorrect president or hyper-realistic video games or heavy metal music (to invoke a previous social panic) are to blame for the violence of young rebels without a legitimate cause? It seems more likely that the identity politics that dictates ideological safety and group identity as more important than individual freedom and equality under the law has played a major factor.

Identity politics on the left and the right has become so insidious that people of all races, genders, orientations, and religions are afraid to find commonality. We know culture is polarized, but doesn’t have to be that way between individuals.

When people receive the message from culture at large that they’re worthless, whether for reasons of race, immigration status, or gender, how do we expect them to react? Are they just supposed to take it?

While pundits and pontificators have been quick to blame the recent violence on everything from gun laws to Trump to video games, the lowest of the low have used the recent tragedies as cudgels in order to score cheap political points. Violent tragedies like this predate any of the supposed causes that the talking heads put forward.

Every time this happens the response is the same. Calls for things to change, for gun control, more mental health education or access to care, impeaching Trump, twirl on, media. At the memorial for the victims in Dayton, the crowd chanted “do something!” That is a desperate call. What no one says is that this is definitely going to happen again.

We could clamp down on everything, but until young people feel valued by a society that seems more willing to throw them under the bus, this problem of radicalized, ostracized youth will keep getting worse.

We need to face facts. Mass violence has been around longer than Donald Trump, video games, rock music, guns, and all of the other purported causes. But the one thing that’s been around as long as mass violence is tribalism. And let’s be loud and clear about it: identity politics is tribalism. We need to understand that our differences do not make us better or worse than anyone else. If we want to live in a safer and more civil society, tribalism, on the left and right, needs to end.