Trudeau blames ‘escalation’ in Iran for deaths of Canadians

Justin Trudeau stated that the Canadians killed by an Iranian missile causing the downing of a passenger flight would still be alive if it weren’t for building tensions in Iran. 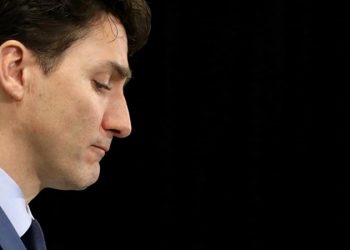 Prime Minister Justin Trudeau stated that the Canadians killed by an Iranian missile causing the downing of a passenger flight would still be alive if it weren’t for building tensions in Iran.

“If there were no tensions, if there was no escalation recently in the region, those Canadians would be right now home with their families,” said Trudeau in his interview with Dawna Friesen.

“This is something that happens when you have conflict and war. Innocents bear the brunt of it and it is a reminder why all of us need to work so hard on de-escalation, moving forward to reduce tensions and find a pathway that doesn’t involve further conflict and killing.”

Many have been displeased by Trudeau’s failure directly blame the Iranian regime. “There are a half-million Syrians who’d join you in calling for a “de-escalation of tensions in the region” but they’re dead & their killers are still on the loose, still killing innocent Syrians, Iranians & Iraqis, every day. What you’re saying, @JustinTrudeau, is ‘war is peace,'” journalist Terry Glavin tweeted.

Trudeau’s comments come days before a London meeting hosted by Canada wherein members of the international Coordination and Response Group will prepare a plan for getting answers regarding black box data from the flights.

Prime Minister Trudeau recently did not rule out assigning blame to the Trump administration for the Flight 752 tragedy.

Trudeau was asked by Reuters journalist, “Given the tensions in the area that were the cause of a drone strike by the United States, do you think the United States is at least partially responsible for this tragedy?”

Trudeau responded without ruling out.“I think it is too soon to be drawing conclusions of assigning responsibility, whatever proportions. Right now, our focus is on supporting the families who are grieving across the country and provide what answers we can in a preliminary way, and recognizing that there is going to need to be a full and credible investigation into what exactly happened before we draw conclusions.”