The latest foray the Canadian government has made into educating kids about their gender identity is Gegi, a seemingly gender-nonbinary unicorn. 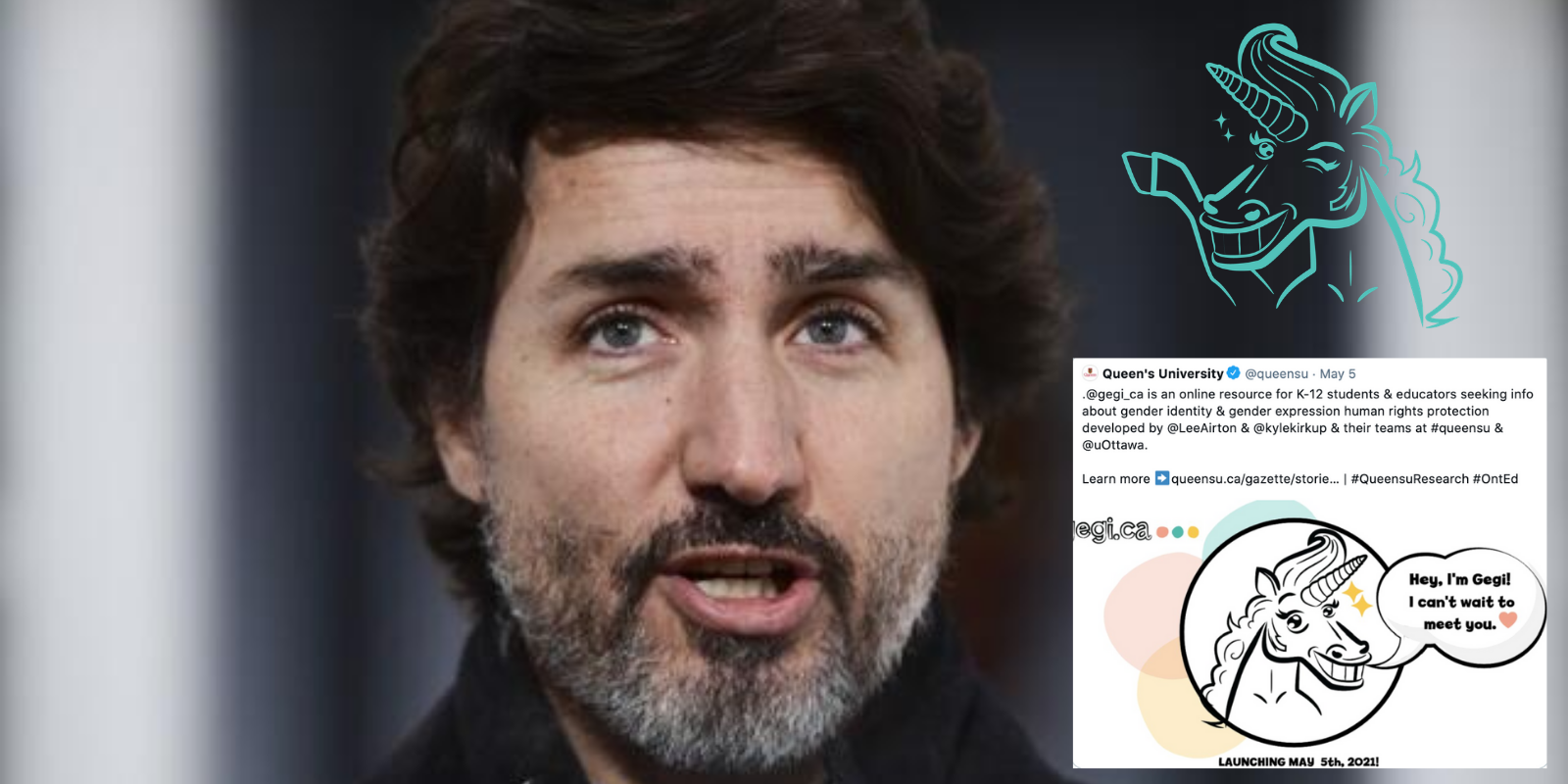 The latest foray the Canadian government has made into educating kids about their gender identity is Gegi, a seemingly gender-nonbinary unicorn.

The word "gegi," according to Urban Dictionary, is a slang term for vagina, which is part of the female reproductive system. It is unclear if this definition is a reference the project designers intended.

The online resource, is a "knowledge mobilization hub created by Dr. Lee Airton (Faculty of Education, Queen's University), Dr. Kyle Kirkup (Faculty of Law, University of Ottawa), and their research team ... to equip all Ontario students and teachers – whether transgender or cisgender – with the tools to advocate at school for the right to express and live their gender in their own way without experiencing discrimination, harassment, or violence, and without being told they have to change."

All of this is made possible through the "Ontario Human Rights Code," and the program "indirectly supports schools in learning about how their structures, practices, and curricula may have to change."

The unicorn has been taken up as something of a mascot for trans advocacy, as has the mermaid. Both are mythical, fantastical creatures that have been used to teach kids about how they may be gender divergent as well. The "gender unicorn" provides a cute, cuddly spectrum that kids can use to determine their gender identity, gender expression, sex, sexual orientation, and emotional attraction.

The program offers students and educators resources to figure our how to figure out if they are "really experiencing discrimination," and the definitions can be accessed either in "the sparkly version (in Gegi's voice, kid-friendly with lots of examples, chatty tone, assumes little/no law and policy knowledge) or the serious version (technical tone, assumes an adult reader with some law and policy knowledge)."

For kids who want access to opposite sex facilities, there are useful links and a "tip sheet" "for school staff that spell out how these situations should be handled: how to get you what you need without asking you to change how you live or express your gender, which may be discrimination."

Teachers are given many resources as well, including a "Gegi Starter Kit," that encourages them to "Begin to see your classroom through a gender lens." It instructs teachers that "school-age children and youth are constantly accessing local gender norms," and that they should disrupt the power dynamic among students in the classroom, using gender as part of their understanding as to why some kids are left out. Gegi instructs that it is not "frivolous conflict," but "a pattern of gender expression discrimination," which is illegal under the Ontario Human Rights Code.

Gegi suggests "mindfulness practices," and for teacher to "establish restorative conflict resolution practices." Teachers are advised to "notice and change the language [they] use," and to alter their speech to be "gender-inclusive." It is important, Gegi notes, to "Practice using gender-neutral pronouns before you have a student who has genderneutral personal pronouns."

Why? Because "A growing number of younger transgender people have gender-neutral personal pronouns, most likely singular they/them... which reflects a nonbinary understanding of one's gender: as neither neatly man or woman, boy or girl. If you have not already encountered a nonbinary student in your school, you will."

This program bears similarities to Teen Talk, which is also funded by the Trudeau government that undertakes to teach children how to know they are trans and advocate for divergent gender identity.

Teen Talk teaches that "There are more than two genders," and that what we know as biological sex, as in the existence of male and female reproductive systems, is simply "gender assignment" that is "based on an assumption that someone's genitals match their gender."