BREAKING: Trudeau to leave hotel quarantine facility after one day

Prime Minister Justin Trudeau will be leaving his hotel quarantine facility after testing negative for COVID-19. 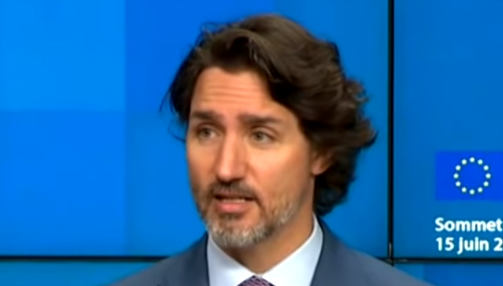 The prime minister had just returned from the United Kingdom, where he and his team represented Canada at the G7 meeting.

Trudeau's trip came at a time where he was also urging Canadians to not travel, leading to some controversy at home.

The hotel facility Trudeau stayed at—a hotel renovated specifically for he and his crew in Ottawa—also sparked criticism from the Conservatives, who said that Trudeau should stay at the same hotel facility that he and his government have pushed Canadians in to.

All international flights into Canada have be diverted to either Montreal, Toronto, Calgary or Vancouver since the start of the year. When travellers arrive, they have to stay in a designated quarantine hotel until they receive a negative test, and then can return home to finish their isolation. Trudeau's hotel will be in Ottawa, and he will stay with the media and diplomats that accompanied his Europe trip.

During a House of Commons Health Committee hearing, Conservative MP John Barlow questioned the head of the Public Health Agency of Canada Ian Stewart about the specifics of the plan and the agency's involvement.

"I just find it strange that the prime minister of our country is travelling internationally, which he’s asking every Canadian not to do, and there wouldn’t be a very detailed strategy and plan for his quarantine," he said.