Trudeau willing to work with mayors if provincial premiers won’t

Members of the Canadian Federation of Municipalities were given a speech today from Justin Trudeau, in which he specifically cited Doug Ford, accusing his Ontario Conservative government of blocking federal funding for local projects. 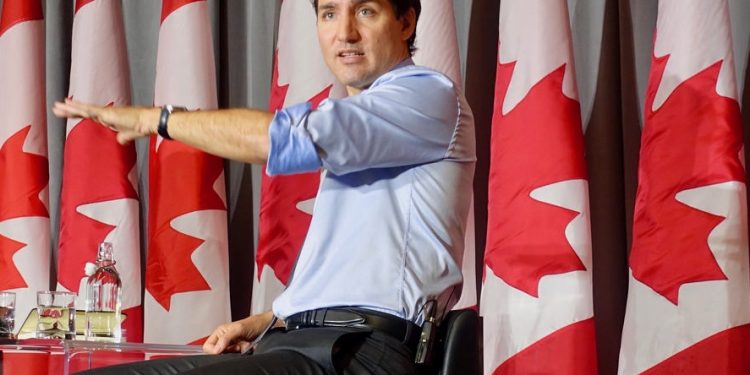 Prime Minister Justin Trudeau is saying that his government is willing to work with local mayors and those at the municipal level to deal with climate change and extreme weather, even if provincial leaders won’t play ball with Ottawa.

Members of the Canadian Federation of Municipalities were given a speech today from Justin Trudeau, in which he specifically cited Doug Ford, accusing his Ontario Conservative government of blocking federal funding for local projects.

Trudeau claims the Ontario premier is playing politics with communities, while citizens have to pay the price.

The prime minister states his preferred way to do politics involves three levels of government cooperating, no matter the party they represent.

But if premiers like Ford don’t cooperate, Trudeau says he has no quarrel finding alternative ways to give municipalities federal funding.

Trudeau claims that weather and other extreme weather events like the forest fires being experienced in Alberta are rising in frequency to a worrying degree, exacerbating a housing crisis that’s being felt across the country.