The path to reconciliation must lead toward autonomy and self-government for Indigenous peoples. Once we are able to manage our own affairs and keep our own leaders in check, then we all will prosper. 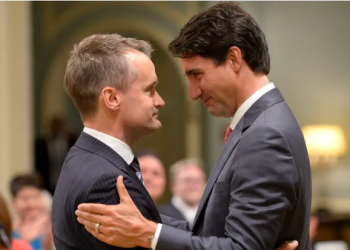 While the SNC-Lavalin scandal continues to plague the Trudeau government, reconciliation efforts with Canada’s Indigenous peoples still carry on.

In theory these are great laws for the Indigenous people, but, some First Nation leaders have raised questions and concerns regarding where the funding is coming from and how stable will it be in the future.

If there is no funding tied to the legislation, then we risk not being able to exercise our jurisdiction, resulting in a missed opportunity. Generations of our children have grown up under discriminatory federal funding as shown by the Canadian Human Rights Tribunal (CHRT). We need the funding obligation in order to ensure that First Nations children and families within Ontario receive the services they need to thrive.

Along with Archibald, the Association of Iroquois and Allied Indians have also called for an amendment to the bill to include stable and permanent funding.

If this proposed legislation affirms First Nations jurisdiction, respects diversity among First Nations, protects the safety and wellbeing of First Nations children and families, and embeds a statutory funding base, then it has a foundation for success. If it is deficient on one or more of these fronts or tries to kick these foundational items into a forum for future discussion, then we must press for a better deal.”

Bridget Fanta, an Aboriginal Language Consultant who recently testified in front of the House of Commons Heritage Committee on Bill C-91, told The Post Millennial that there were “some concerns” that the funding would to a bureaucracy rather than to the “grassroots people.”

Fanta, who was recommended as a witness to the committee by Conservative MP David Yurdiga, went on to say that “First Nations groups and organizations should directly get the funding, rather than it going to a larger organization where the funds for the necessary language programs often do not reach the grassroots people.”

On Bill C-91, Inuit Tapiriit Kanatami (ITK) President Natan Obed told APTN that “Despite being characterized as a reconciliation and co-development initiative, the Government of Canada engaged Inuit in bad faith throughout this legislative initiative. The absence of any Inuit-specific content suggests this bill is yet another legislative initiative developed behind closed doors by a colonial system and then imposed on Inuit.”

Obed further commented on the legislation calling it a “symbolic gesture.”

So often we hear Trudeau make promises and conciliatory gestures that seem too good to be true. Sadly, the longer he remains in power, the more these fears seem to become justified.

While his government, thanks in large part to the stewardship of recently resigned minister Jane Philpott, has been productive in reducing the amount of bands facing boil water advisories, and helping out with many other Indigenous matters, he has failed to make any real change.

While better funding for education, housing and social healthcare is still a strong need for many residents on reserve, the Liberal government has failed to see this serious issue from the grassroots members perspective.

This past week Prime Minister Trudeau was in the northern Inuit community of Iqaluit issuing an apology to the residential school survivors.

Apologies are an important first step in the reconciliation process and it’s encouraging to see the prime minister step up and apologize for the wrongs of the past. However, in the here and now, Indigenous people still struggle with basic quality of life issues and are often held back by leadership that fails to be transparent and open.

A large part of why the Trudeau government, or any other Canadian government in the past, has failed to substantially improve on reserve conditions for Indigenous people is because they have not empowered the membership to hold their local leaders accountable.

The top-heavy approach of the past has not been successful for either the government or Indigenous people. A return of authority to local chiefs and councils as well as the ability for grassroots members to elect Grand Chiefs would mark a substantial improvement in First Nation governance and a large step toward autonomy and self-government.

The financial transparency act, introduced by the Harper government is currently not being enforced by the Trudeau government. Indigenous Services Minister Seamus O’Regan seemed to not show any interest in revising or repealing the Act at a recent standing committee hearing when questioned by Conservative MP Arnold Viersen.

Without this Act or any sort of mechanisms to create transparency on reserve First Nations members, like Rene Higa Brown from Tall Cree First Nation Alberta, without any recourse in dealing with corrupt leadership.

If Trudeau does not want to enforce the law on the books, he should repeal it and begin the transition of authority over to the Grand Chiefs, working with them to build a democratic system wherein grassroots members are able to keep their in leadership in check.

The path to reconciliation must lead toward autonomy and self-government for Indigenous peoples. Once we are able to manage our own affairs and keep our own leaders in check, then we all will prosper.