Trump to nominate Chad Wolf as Secretary of Homeland Security

President Donald Trump announced on Tuesday that he will nominate Acting Secretary Chad Wolf to be the Secretary of Homeland Security. 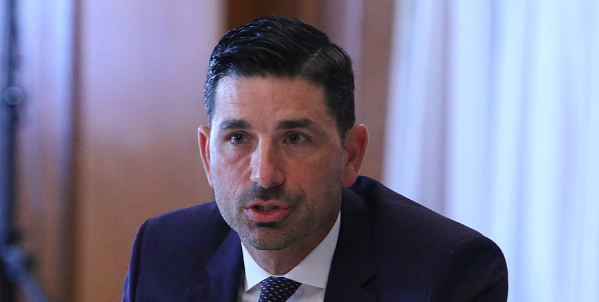 President Donald Trump announced on Tuesday that he will nominate Acting Secretary Chad Wolf to be the Secretary of Homeland Security.

"I am pleased to inform the American Public that Acting Secretary Chad Wolf will be nominated to be the Secretary of Homeland Security. Chad has done an outstanding job and we greatly appreciate his service!" tweeted President Trump.

Wolf has been acting head of Department of Homeland Security since November 2019, following the resignation of Kevin McAleenan—who was not confirmed by congress.