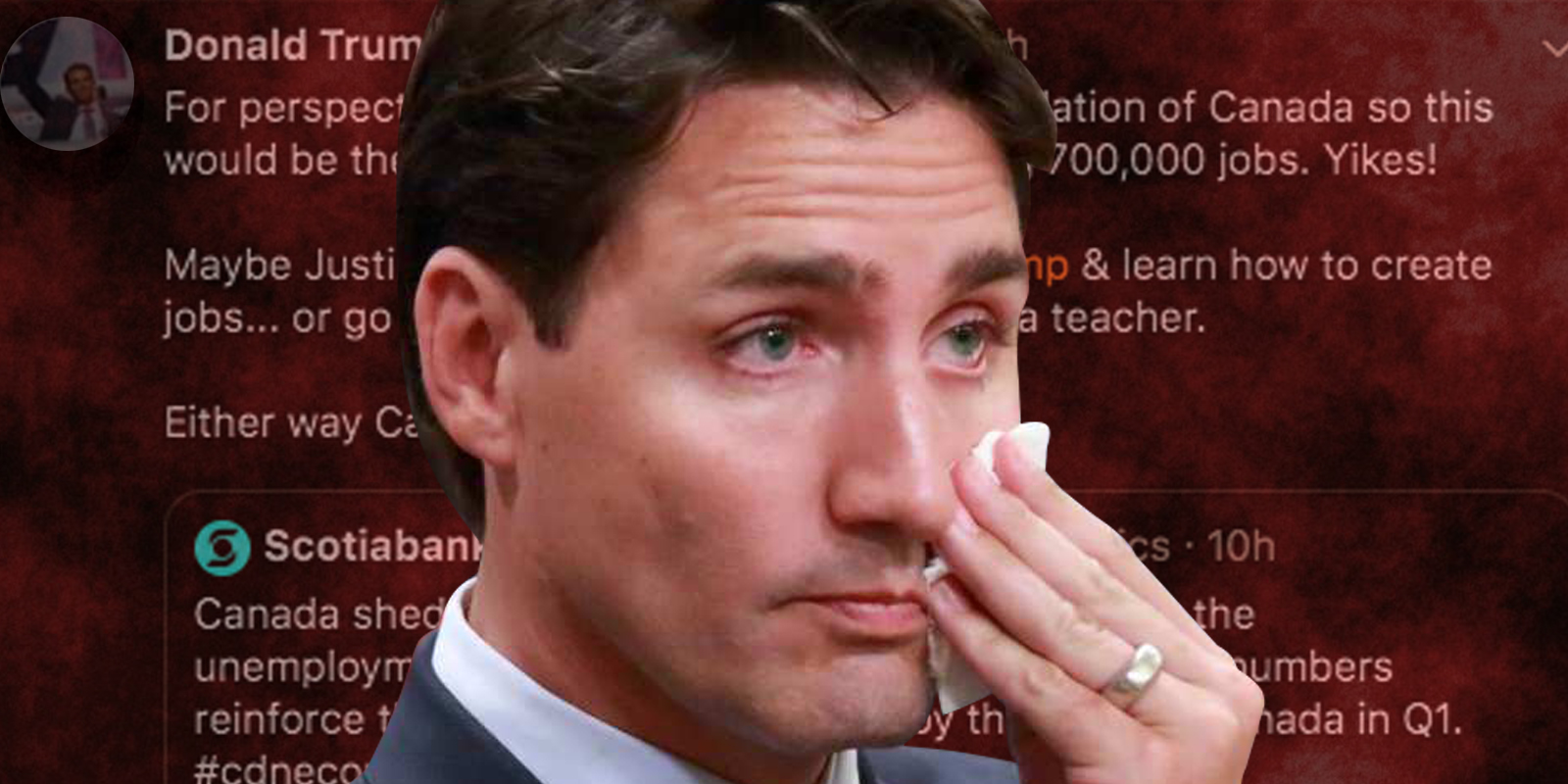 “For perspective the US is about 10X the population of Canada so this would be the equivalent of America shedding 700,000 jobs. Yikes,” tweeted Trump Jr.

“Maybe Justin should watch @realDonaldTrump & learn how to create jobs… or go back to being a substitute drama teacher,” he added. “Either way Canada wins!”

This put America’s unemployment rate to 3.5 percent, while Canada’s grew from 5.5 to 5.9 percent.

This point of heightened tension between Trudeau and Trump comes as a video emerged of the latter mocking him on camera. In response, Trump called Trudeau “two-faced” on camera.

“Well, he’s two-faced… And honestly with Trudeau he’s a nice guy, I find him to be a very nice guy. You know the truth is, I called him out that he’s not paying two percent [GDP on military] and I guess he’s not very happy about it,” Trump said at a NATO press conference on Wednesday.

Leaders from both sides of the aisle, NDP and Conservative, criticized Trudeau’s remarks at the summit.