Trump legal team to submit evidence of over 40,000 people who voted twice in Nevada

President Donald Trump's legal team will be presenting testimony today demonstrating that over 40,000 people in Nevada voted twice in the election. 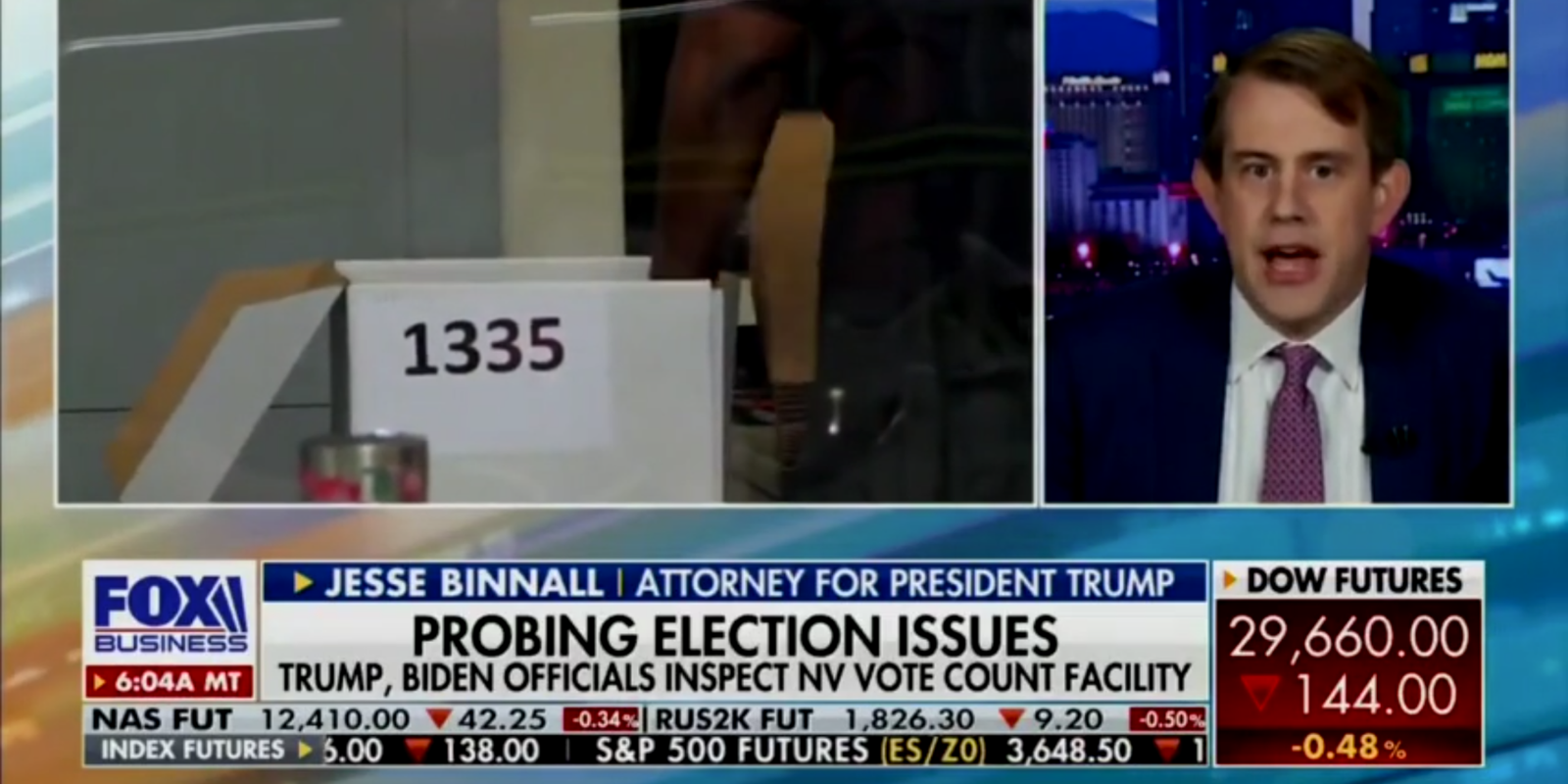 President Donald Trump's legal team will be presenting testimony today demonstrating that over 40,000 people in Nevada voted twice in the election.

"We are going to provide evidence of real voter fraud—thousands and thousands of instances of voter fraud in Nevada alone—by 5 o'clock today that will be submitted to the court," Trump lawyer Jesse Binnall told Fox Business host Maria Bartiromo on Mornings With Maria on Thursday morning.

Binnall reported that Team Trump has found 40,000-plus individuals who have voted twice in the election.

"That's real voter fraud. We have data showing that people who were on the record as having voted by mail didn't even receive ballots and say that they didn't vote," Binnall stated.

The team will also reveal evidence that purportedly proves that Nevada voters were disenfranchise, because "every single time there is a fraudulent vote cast—put into the system—it dilutes the vote of honest voters," Binnall fired.

"It will be that election officials in Nevada, legislators, put together an election plan that was ripe for the picking," claimed Binnall. "When the election came, the fraud came."

Two whistleblowers are slated to explain "how they logged these disks containing votes in and out magically in the middle of the night—votes appearing and disappearing from disks," cited Binnall. "Election officials did nothing in order to make sure they would secure these ballots and the votes and guard against fraud."

One of the witnesses will be a Clark County poll worker who observed individuals near her polling location approaching a Biden-Harris van and filling out dozens of ballots to be "fraudulently submitted."

Binnall recounted that there have been several incidents of the team being stonewalled at "every turn" with its investigation.

"We have a whistleblower that came forward and told us about a postal meeting where they told people to deliver ballots to undeliverable addresses," said Binnall. "That resulted in ballots being strewn all over, littered across Las Vegas...The post office is refusing to allow those people involved in that to be deposed."