Immediately after Team Trump tweeted video evidence of election fraud that occurred in Georgia, Twitter labeled the post "disputed" despite the legitimate footage that verified the explosive allegations. 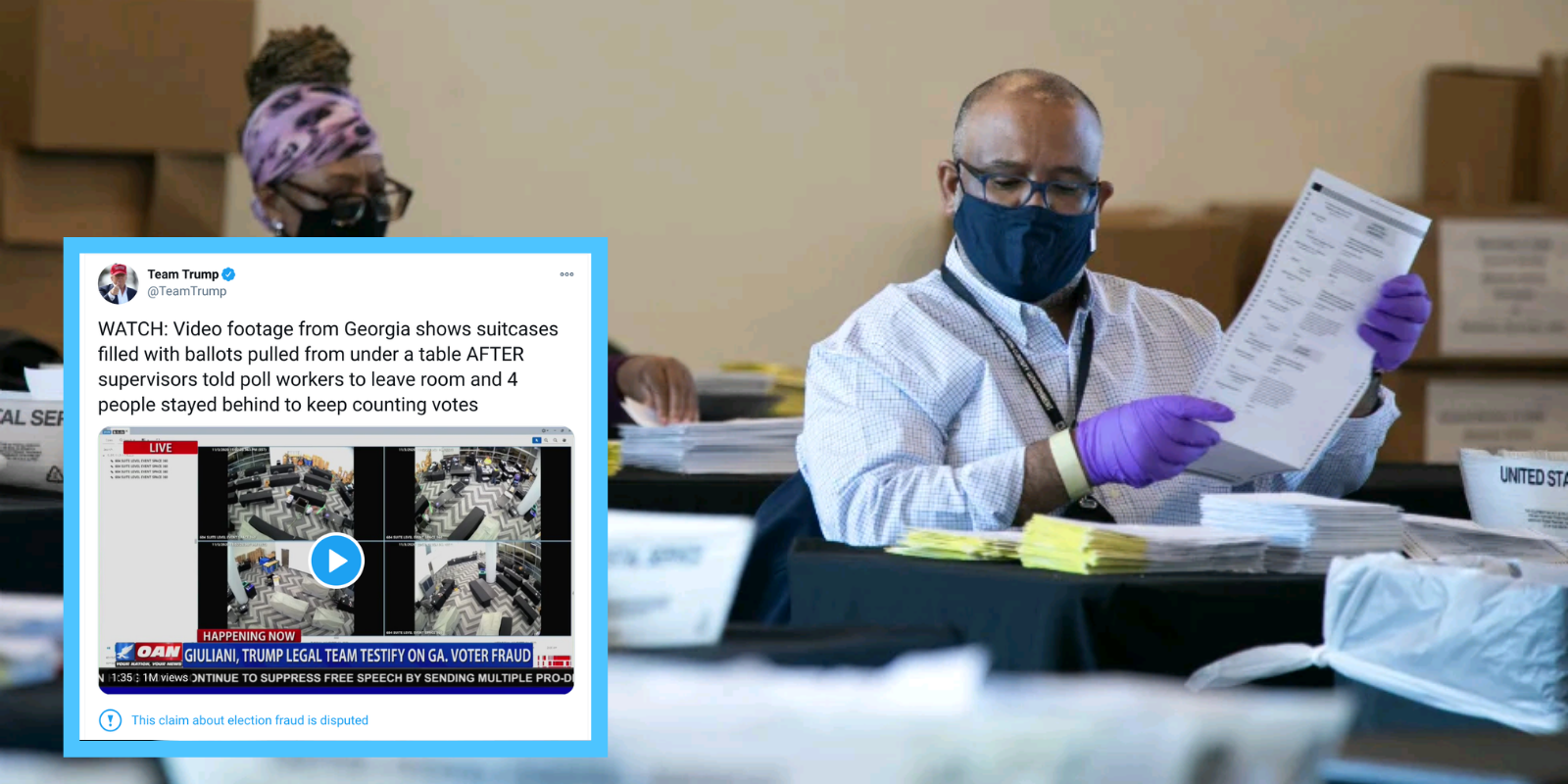 Immediately after Team Trump tweeted video evidence of election fraud that occurred in Georgia, Twitter labeled the post "disputed" despite the legitimate footage that verified the explosive allegations.

"This claim about election fraud is disputed," was the warning Twitter slapped on the tweet. The warning label is one of many partisan swipes at President Donald Trump's campaign account.

However, the uploaded surveillance is legitimate demonstration of election malfeasance that occurred at the State Farm Arena in Fulton County, where absentee and military ballots were counted using the tabulation machines.

"I can’t comprehend this. WTF," quipped conservative commentator Mike Cernovich. "What the heck is this? For real. Watch it and tell me. It can’t be what it looks like. Too blatant. What is happening here."

Attorney Jackie Pick, a volunteer aiding the case, testified that GOP poll watchers were instructed to leave for the night. Then after those observers left, Pick alleged that ballot counting continued. The tapes in question verified her claims.

Election observers stated that they couldn't directly see the ballot counting process and were cordoned off behind ropes in the press area. Two Republican field organizers were reportedly "not permitted to observe in a meaningful way."

A worker allegedly told press and the observers that they could leave after 10 pm. However, four workers stayed and continued counting until 1 am.

Pick narrated the video of what went on after the dismissal: "Once the coast is clear, they are going to pull ballots out from underneath a table." Remaining poll workers were then seen on-camera pulling boxes of ballots out from under tables and began running the storage through the scanners.

"We did not know when we watched this, okay is that normal to store suitcases of ballots under a table under a table cloth?" Pick asked.