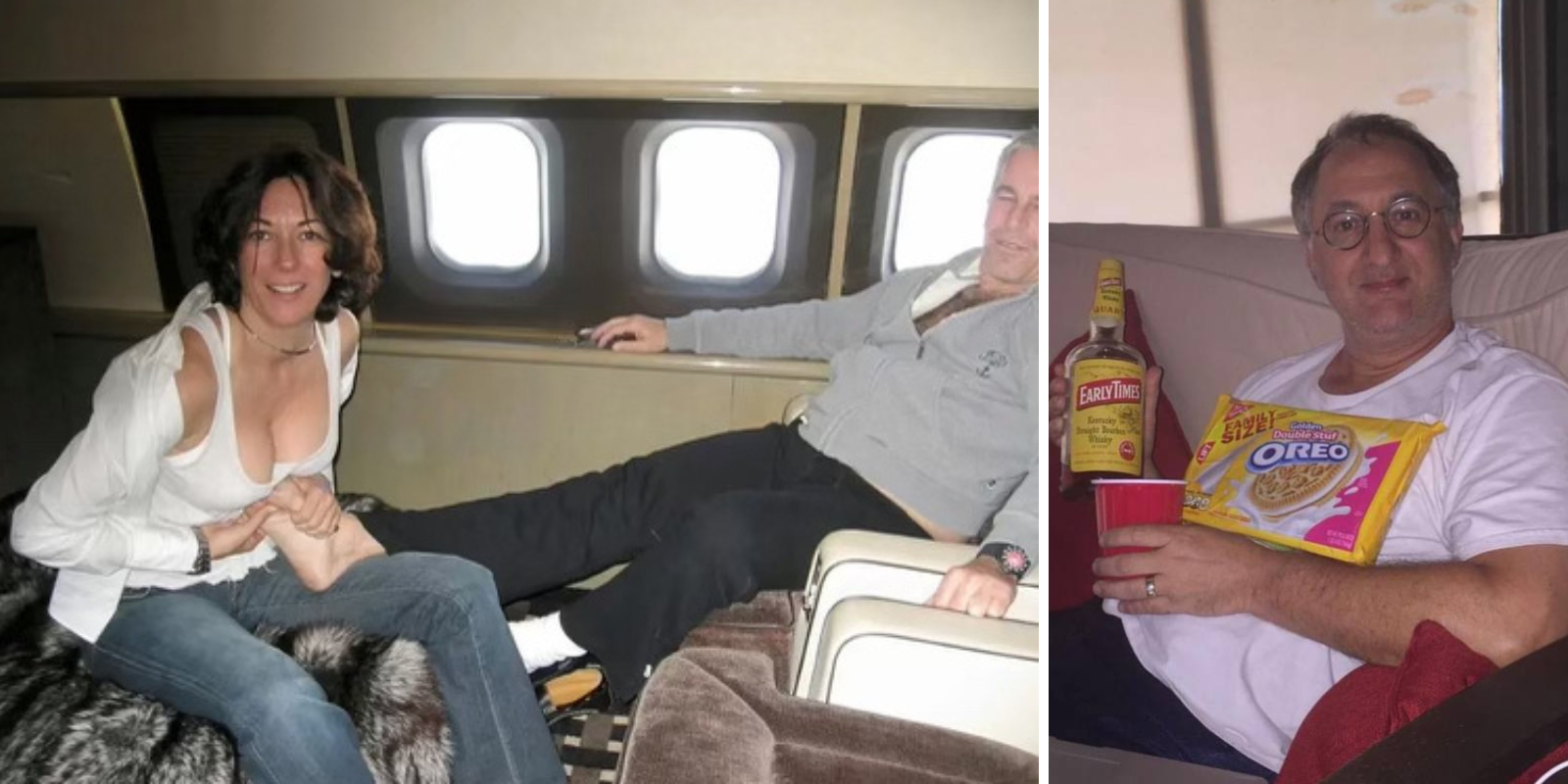 Prior to becoming the judge who signed off on the Mar-a-Lago search warrant, Bruce Reinhart was an attorney representing Jeffrey Epstein's employees. Yes, that Jeffrey Epstein. This fact was noted first by Miranda Devine at the New York Post before spreading like wildfire across the internet, sparking a hysterical meme. But Twitter, ever willing to spoil fun, has demanded the meme maker take it down, under penalty of account suspension.

@WhatIMemeToSay had no intentions of the meme being considered anything other than in jest. "Basically,"  @WhatIMemeToSay told The Post Millennial, "since the judge used to be an Epstein lawyer I thought it would be funny to put the judge body on Epstein’s body getting a foot massage from Maxwell. I posted it as a quote tweet to the original photo so everyone can see the reference. It took off as a real photo & everyone left out that it was a QT showing the original photo."

The meme shows Reinhart, in a photo he posted himself in 2017, cradling a bag of vanilla "double stuf" Oreos and a bottle of cheap booze. Account @WhatIMemeToSay paired this photo with one showing Epstein' gal pal Ghislaine Maxwell rubbing Epstein's feet. The result was pretty funny, and @WhatIMemeToSay made no bones about the fact that it was photoshopped. The account's bio even shows that the owner is a "meme creator, digital art creator, USMC veteran."

@WhatIMemeToSay quote tweeted Human Events Daily's Jack Posobiec, who shared a the photo of Reinhart, and paired it with a well traveled pic of Epstein and Maxwell.

There were numerous photos in this series.

@WhatIMemeToSay created a hilarious mashup of the two. "I quote tweeted Jack Posobiec’s tweet of Reinhart," @WhatIMemeToSay told The Post Millennial. "I added the meme I made of him replacing Epstein getting a foot massage."

That meme was picked up by Brian Kilmeade and shared on Tucker Carlson Tonight, where Kilmeade was filling in for the eponymous host.

It was after the spot on Fox that the Twitter really got mad, as did a heap of the other usual suspects who literally can't take a joke. Those angered by the meme include The View's Ana Navarro-Cardenas, who claimed that it was "disgusting misinformation" that "puts Judge Reinhart's security at greater risk."

@WhatIMemeToSay has yet to delete the tweet, but the meme has gone viral, and it will be nearly impossible for Twitter to keep the joke from spreading.