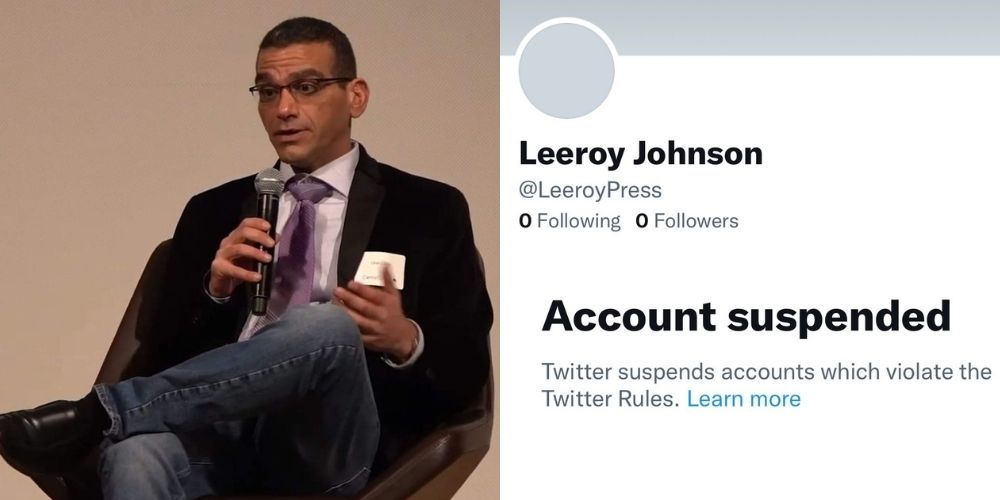 On Friday, independent journalist Leeroy Johnson, who has been covering events across the country, but most prominently the anti-vaccine mandate protests in New York City, was suspended from Twitter.

Johnson, who was in Washington, DC, covering the annual March for Life, also posted a photo of himself on GETTR in front of the Capitol building flipping the camera off, with the caption "Fu Twitter!"

In addition, Johnson informed those that follow him that he has a Telegram channel as well, stating on that channel: "My Twitter account has been nuked for no reason at all."

He provided a message that Twitter gave in regards to the suspension, which states: "Your account (@LeeroyPress) is currently suspended. For more information, please log into twitter.com."

"This is crazy. I don't even give an opinion when I post. I just shot (sic) and give a description," Johnson continued.

He also noted that an old account he never uses was "nuked" as well.

A large portion of Johnson's work is based in New York City, where he has been documenting the numerous anti-vaccine mandate protests across the city, including ones done in public and ones done inside of businesses.