Two men will serve nine-year prison sentences for raping a 24-year-old woman in a now-closed bar in Toronto’s Little Italy. 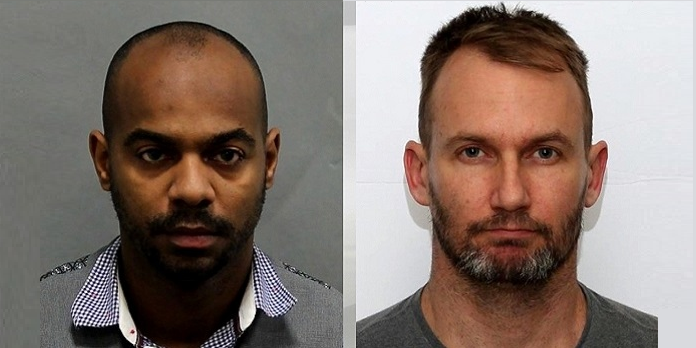 Two men will serve nine-year prison sentences for raping a 24-year-old woman in a now-closed Toronto bar in Little Italy, .

Gavin MacMillan, 44, and Enzo DeJesus, 34, will serve seven years for gang sexual assault, and two years for administering a stupefying substance on December 14, 2016.

The decision was made after hours of shocking security footage was reviewed inside the College Street Bar, which was owned and managed by the two, in December of 2016.

The victim, who cannot be named due to a publication ban, was sexually assaulted in multiple rooms over a period of six hours.

The Crown called the attack a “prolonged, violent and degrading sexual assault,” as the victim was so intoxicated under the given substance that she was at times unable to stand on her own—though DeJesus and MacMillan would keep the woman awake for their own sexual pleasure, reported CP24.

MacMillan’s lawyer has said that his client intends to launch an appeal on the sentence.

“Whenever a sentence like that is imposed, I think it goes without saying that a person is not going to be happy about that,” Robichaud said outside the courthouse.

“Our work as trial counsel is over. We’ve already heard that Mr. MacMillan, as far as we understand, intends to appeal the decision and now we leave it in appellant counsel’s capable hands.”