Pakistani police announced Sunday that they recovered the bodies of two transgender women from a locked house in the Sahiwal district of the eastern Punjab province late Saturday evening, reports the Associated Press. 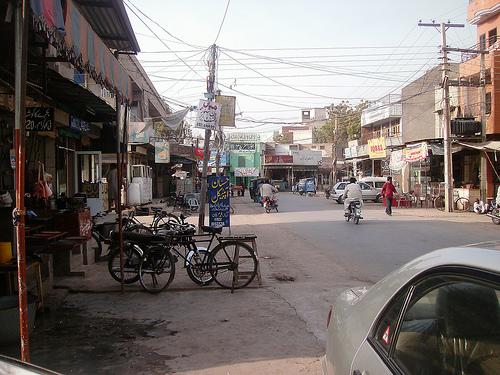 Pakistani police announced Sunday that they recovered the bodies of two transgender women from a locked house in the Sahiwal district of the eastern Punjab province late Saturday evening, reports the Associated Press.

Senior officer Mohammad Ali Zia said that there is no known motive for the killings, and that the incident appears to have occurred three days ago. Examination of the bodies showed that the two transgender women were beaten and tortured before being killed.

“Transgender people are often subjected to abuse in conservative, Muslim-majority Pakistan,” writes the Associated Press. “They are also among the victims of so-called honor killings carried out by relatives to punish perceived sexual transgressions.”

The killings are another reminder of the uphill battle in Pakistan for the acceptance of alternative lifestyles and issues surrounding sexuality and gender expression.

Homosexuality is still illegal in Pakistan. However, many will be surprised to find out that the Muslim-majority country has acknowledged a third gender, X, since 2009, with 13 transgender candidates running in Pakistan’s 2018 election after further legal protections were provided under the Transgender Persons (Protection of Rights) Act.

Still, though legal progress has been made, many cultural barriers still exist, and the persecution of homosexuals and transgender persons is still very common.

In May 2016, a Pakistani transgender person, Alisha, was shot eight times and was awaiting treatment while in critical condition. However, they were refused emergency medical service in both the female and male wards of the Peshawar’s Lady Reading Hospital, specifically for being transgender, and eventually succumbed to their injuries.

The event sparked a great deal of outrage throughout the country, reports Pakistan Today.

Since then, the country has hosted a Transgender Pride parade, improved upon transgender rights, and, as of May 2019, has had the first transgender person employed in the Ministry of Human Rights.