Shelves are starting to empty at pharmacies across the US as desperate parents stockpile much-needed flu medication. 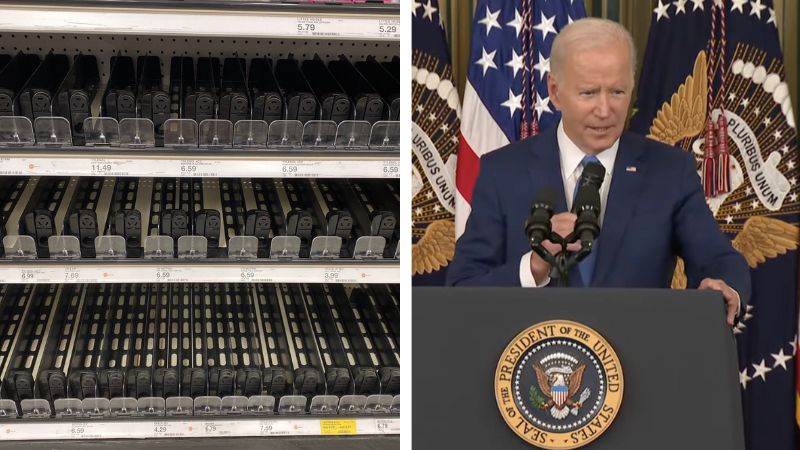 Alex Timothy
Nov 23, 2022 minute read
ADVERTISEMENT
ADVERTISEMENT
Shelves in stores across the US are experiencing a shortage of much-needed children's medicines as the nation heads into cold and flu season, with these shortages being exacerbated along the US-Canadian border as Canadian parents head south of the border to look for children's medications currently out of stock on their own shelves.

According to the Daily Mail, shortages of medicines like children's Tylenol, a popular brand name of acetaminophen, are being seen across the US, in states like Florida, New Jersey, New York, and Michigan.

Medicine shortages have also affected four key antibiotics and respiratory drugs used to fight respiratory syncytial virus, or RSV, leading to an uptick of children being hospitalized with the debilitating symptoms from the virus.

The situation was initially affecting mainly towns and cities along the US northern border as desperate Canadian parents were forced to make the trek into the US to aid their sick kids.

Pharmacies across Buffalo, NY, last week experienced a shortage of medicines because of desperate Canadians crossing the border from Ontario to stock up on these much-needed drugs.

"We still have some chewables but we are all out of liquids," a pharmacy employee in North Tonawanda, New York told the Toronto Sun. "We try to order new product but have not been able to find any."


Roughly 75 percent of an estimated 40,000 pediatric hospital beds are currently occupied, with Arthur noting that this is likely due to the usual uptick in sickness seen in the winter, which experts have said would be worse this year due to Covid-19 mandates that weakened immune systems.

The medication shortage, which is primarily affecting acetaminophen and ibuprofen for young children, had also exacerbated the situation of overcrowding in children's hospitals across Canada.

"Desperate moms and dads are now having to choose between taking their sick kids to overcrowded emergency rooms or crossing the border to the United States," Canadian Conservative leader Pierre Poilievre said of the shortage in a scathing statement last week accusing the government of not doing enough. "Further delay is unacceptable."


Children's hospitals across the US are also experiencing a similar crunch, including those in southern states such as Alabama, Tennessee, and Virginia.

Health Canada released a statement on Monday saying foreign supplies of kids' Tylenol have been secured and should be appearing in pharmacies "in the coming weeks," alleviating the Canadian demand for these medicines.

"All information related to cautions and warnings, dosing directions, ingredients, and other important details will be made available in both English and French to ensure parents and caregivers clearly understand what medication they are using and how to give to their children," the statement said. "Health Canada’s top priority is the health and safety of Canadians and we are committed to exploring every possible option to end this shortage."
ADVERTISEMENT
ADVERTISEMENT
biden empty shelves