UC Berkeley Police said that "Rocks, bottles, and glass were thrown by protesters at crews working at the park," and urged people to avoid the area. 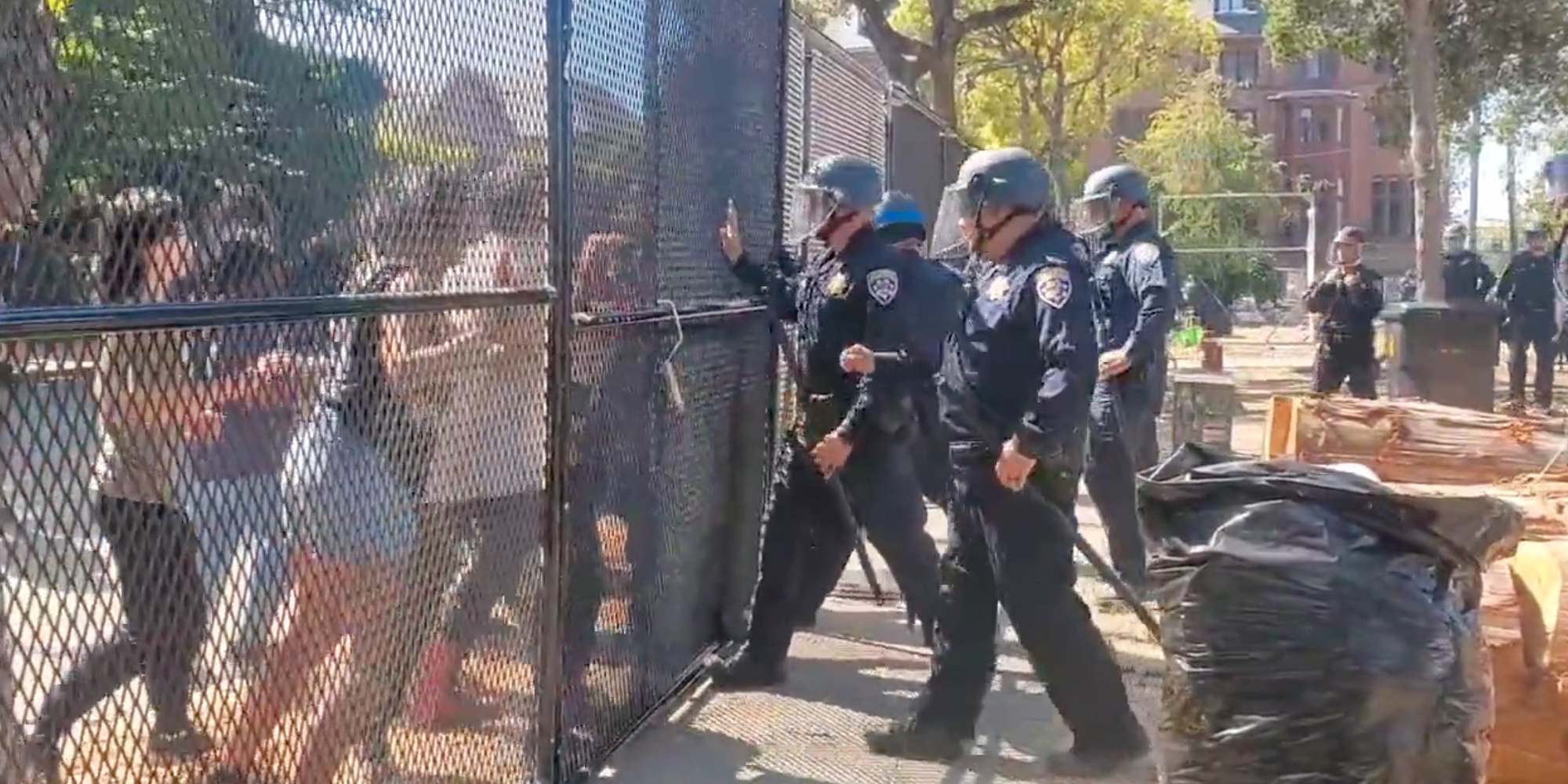 UC Berkeley recently began clearing an area of land known as "People's Park" for the development of new student housing. On Wednesday, plans for that housing ground to a halt following violent protests by far-left rioters.

According to far-left advocacy group Defend People's Park, the area where new student housing is being developed was occupied by a number of homeless people.

"UC Berkeley is now saying that 'camping' in the park is illegal," the group wrote in a June 9 Facebook post. "This means that no one living there and no tent or structure has the right to privacy–meaning cops or cleaners can throw away anything without any recourse whatsoever."

The park, which is owned by the school, was cleared on Tuesday and surrounded by fencing.

As The Post Millennial's Andy Ngo reports, rioters attempted to break through the fencing in order to sabotage the construction project.

Things quickly turned violent, with rioters throwing objects at construction crews and those working in the park.

UC Berkeley Police confirmed the violence, noting that four attempted aggravated assaults had been reported near the park.

They explained that, "Rocks, bottles, and glass were thrown by protesters at crews working at the park," and urged people to avoid the area.

Following the news that UC Berkeley had caved to the demands of the rioters, it was reported that the area was being transformed into an "autonomous zone" with millions of dollars worth of equipment left for them to "destroy."

"F*ck PIGS" was seen scrawled in graffiti on one machine.

According to NBC News, UC Berkeley assistant vice chancellor Dan Mogulof explained that the decision to halt the project was made "due to the destruction of construction materials, unlawful protest activity, and violence on the part of some protesters."

He added that "the campus will, in the days ahead, assess the situation in order to determine how best to proceed with construction of this urgently needed student housing project."