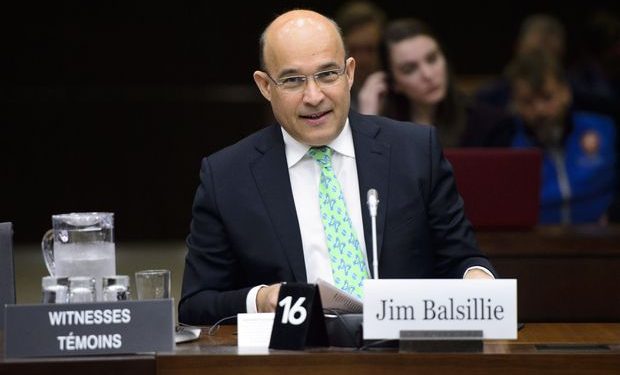 After China’s Air Force buzzed our navy in the South China Sea before a forgettable G20 in Japan for Prime Minister Justin Trudeau, The Post Millennial revisits its chat with Jim Balsillie, retired co-CEO of Research In Motion (Blackberry) and chair of the Centre for International Governance Innovation.

On the day of the interview, May 28, 2019, Balsillie had just testified to Canada’s online integrity, or lack thereof, as well as hyper-algorithms social media companies used to game human behaviour covered here on TPM.

Balsillie appeared before Parliament’s International Grand Committee on Big Data, Privacy and Democracy, alongside the likes of Roger McNamee, author of Zucked, a best-selling book about McNamee’s Road to Damascus data moment after Hillary Clinton lost the 2016 election.

A large investor in Facebook and mentor to its CEO Mark Zuckerberg, McNamee would not talk to TPM about the $850,000 donation his Elevation investment firm made to Clinton, or other significant donations to Obama.

But Balsillie did talk to TPM, and not only about the threat of how big-tech is using social media data on consumers.

The following extended excerpt begins with Balsillie discussing Facebook data-usage in the 2012 and 2016 U.S. elections, then Huawei’s penetration of Canadian research, development and infrastructure.

The Post Millennial: What was the difference between Barack Obama’s use of Facebook data in 2012 and the Trump campaign’s use of it in 2016?

Nothing. Nothing. Nothing. But you have to be careful when you birth these things, however wrong, they can turn against you. So with the Cambridge Analytica, apparently it was reported there were 10,000 developers they were sharing this data with, so this is the norm and absolutely this tool that undermines elections, you have to be careful when you unleash something for your own opportunistic thing because it can very quickly, turn against you. We’ve seen that in many different things in history. So if it’s wrong for something you like, then it’s going to be wrong for something you don’t like. Wrong is wrong when it undermines the integrity of an election…(and) once the algorithms got stronger and the business model could push polarizing, negative emotions further…it wasn’t as bad as it was first used by the Obama campaign.

In terms of technology’s advances, in cyber security as well, do you have some concerns about where our government is here?

Yes, I have concerns. We need to take action. We don’t need moralizing. We don’t need aspirational pieces of paper. We need action and there’s very simple action and there’s no reason there can’t be action. We have to address the coziness between the government, it’s well known how cozy our government is with big-tech. They have to choose between their friends at big-tech and the public interest.

Do you have any thoughts on Huawei and what the Canadian government should be doing?

So we haven’t got a technology strategy, we haven’t got a network strategy for security, we don’t have a data governance strategy, we don’t have an election, a true political party election protection strategy. We don’t have a smart city strategy. If you pay attention, they can be managed. But if there’s inattention for a long period of time, then they all converge at the same time and they start to reinforce each other in a negative way. And I think we as Canadians are experienced…but it requires an inordinate amount of attention with the greatest of urgency.

What about Huawei on our 5G telecom networks?

You have to ask that question in the context of we have 24, I believe 24 or 30 of our top professors, taxpayer funded, researching and giving their intellectual property to Huawei. So we have a university and taxpayer-funded research strategy. We have not had a security strategy with these 5G networks. So you can’t look at data and networks in isolation. And of course, now we have the complexity with the Huawei executive being held here. It’s what I mean when all of these things come together at the same time you cannot handle them in a sort of timely, isolated way. And now they’re all mixed so what could’ve been a rather, straightforward strategy, two or three years ago, has become a much more complex and difficult situation right now. It’s not an easy answer any more because it’s bled over into so many other things…into our trade agreement with China, it’s bled over into our trade agreement with the United States.

Is this an intractable position Canada finds itself?

It’s not intractable. None of these things are unfixable, but they have to be dealt with in an integrated fashion. When you deal with data, view it as a star with five points. You’ve got security-military, democracy and social, you’ve got economic, international relations, and you’ve got government services and government data. If you pull on one of those, you pull on all of them. So what we should’ve had and quite frankly, it’s what I said to the prime minister several years ago, is you have to deal with this at a higher level committee that integrates all of them expertly and quickly, or they will close in upon you. We’re unfortunately accruing the consequences of inattention and this should’ve been dealt with in an expert, integrated fashion years ago.

So would our telecom networks be compromised by Huawei 5G?