"Now I have to deal with even more of the hate and anger that Dave Chappelle’s fans like to unleash on me every time Dave gets 20 million dollars to process his emotionally stunted partial world view." 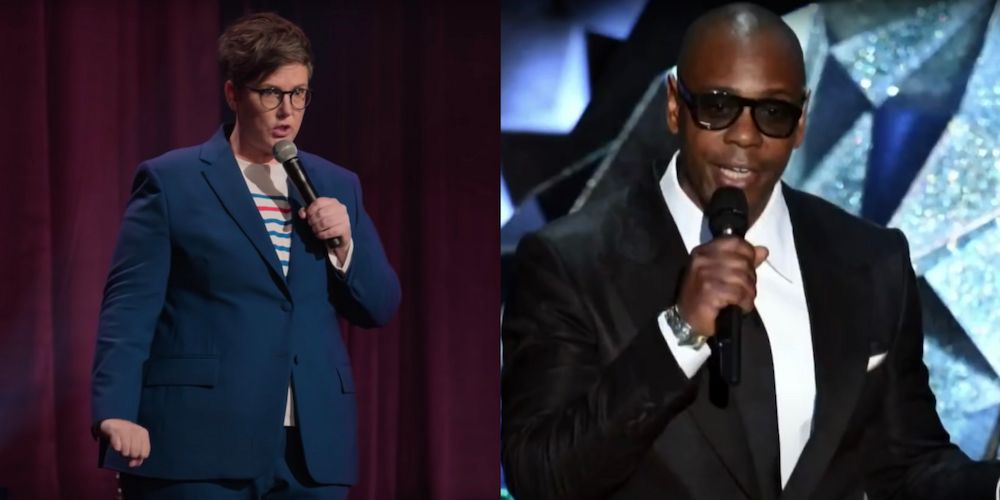 As the pushback from the left over comedy icon Dave Chappelle's latest Netflix special rages on, "unfunny" comedian Hannah Gadsby gave her two cents in what was seen by many as a desperate plea for attention.

Earlier this week, Netflix co-CEO Ted Sarandos defended the streaming service's decision to keep Dave Chappelle's latest special up amid calls from the left to take it down. He noted that Netflix is "working hard to ensure marginalized communities aren't defined by a single story," according to TMZ.

"So we have 'Sex Education,' 'Orange Is The New Black,' 'Control Z,' Hannah Gadsby and Dave Chappelle all on Netflix," the Netflix executive continued. "Key to this is increasing diversity on the content team itself."

Not one to let a good controversy go to waste, Gadsby jumped in to bash Chappelle and the Netflix co-CEO.

"Hey Ted Sarandos! Just a quick note to let you know that I would prefer if you didn’t drag my name into your mess," she said. "Now I have to deal with even more of the hate and anger that Dave Chappelle’s fans like to unleash on me every time Dave gets 20 million dollars to process his emotionally stunted partial world view."

She went on to suggest that Netflix hadn't paid her enough to deal with "consequences of hate speech" and "dog whistling" in her Netflix specials "Nanette" and "Douglas."

"F**k you and your amoral algorithm cult," Gadsby concluded. "I do s**ts with more back bone than you. That’s just a joke! I definitely didn’t cross a line because you just told the world there isn’t one."

Gadsby's Netflix specials were adored by critics, but received quite awful reviews from regular viewers. "This 'entertainment' ranks up there with a visit to the dentist," writes one reviewer. Even the best audience reviews change the definition of what makes a comedy special good. "The genius of this show is not in its comedy," they write, "it's in the transition that you don't even register has happened until it's over." One audience member in March called Gadby "Completely unfunny," telling viewers: "Don't waste your time." Another one-star commentator voiced similar sentiments: "Unfunny observations, endlessly.

Gadsby, who has been described as angry and bitter, is no stranger to controversial statements. Back in 2019, she said she thinks women are weak, and thus men should be, too.