Boston Dynamics, an American engineering and robotics design company, has been in the limelight for years now thanks to videos they release which show humanoid robots performing a variety of tasks. 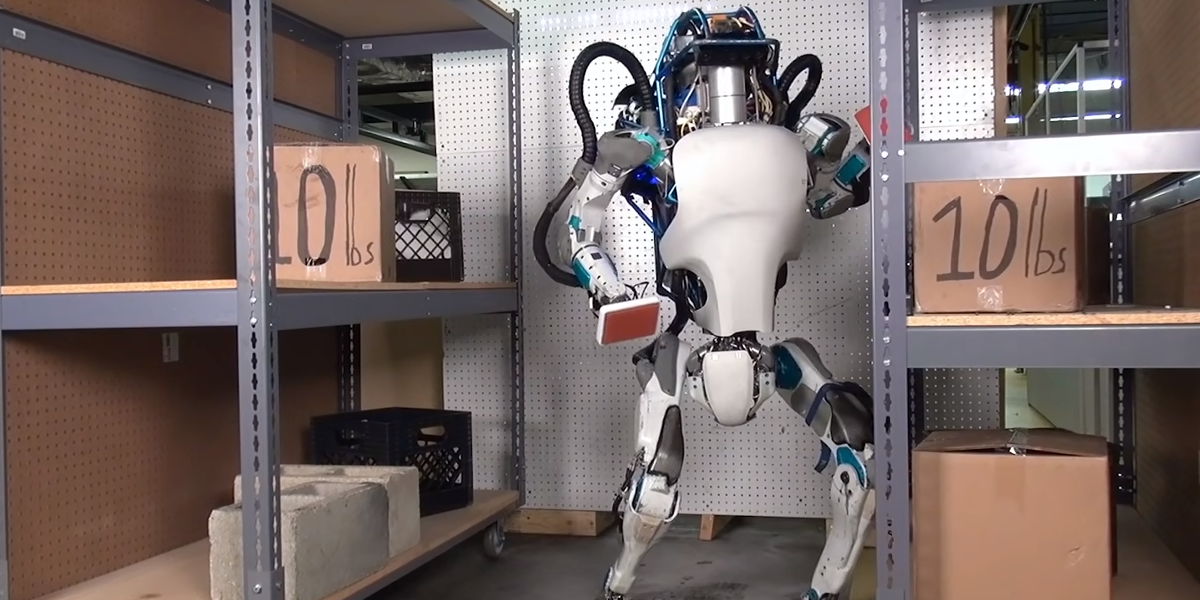 Can someone tell Boston Dynamics to knock it off?

Boston Dynamics, an American engineering and robotics design company, has been in the limelight for years now thanks to videos they release which show humanoid robots performing a variety of tasks.

Over the years, the Boston Dynamics robots have gotten more and more advanced. What started as simple tasks like picking up boxes, walking down snowy hills, or opening doors.

But that was over five years ago. The Boston Dynamic robots have since advanced a frightening amount.

The most recent video shows a robot doing its best “Simone Biles impression,” doing insane flips and handstands that most people couldn’t do.

The reaction on Twitter was what you’d expect: horrified humans.

Some pointed out how dystopian the Boston Dynamics video seemed, even comparing it to Black Mirror, the fictional Netflix show that shows the downfalls of technology invading our lives.

And of course, many compared it to movies such as Terminator and iRobot.

What do you think? Will you be welcoming our robot overlords with open arms? Or will you be apart of the human rebellion militia? Let us know.