Army spokesman Maj. Jonathan Lewis said in a statement that the Army was "aware of content found on social media reflecting soldiers' activities while wearing uniforms," adding that, "The incident is currently under investigation." 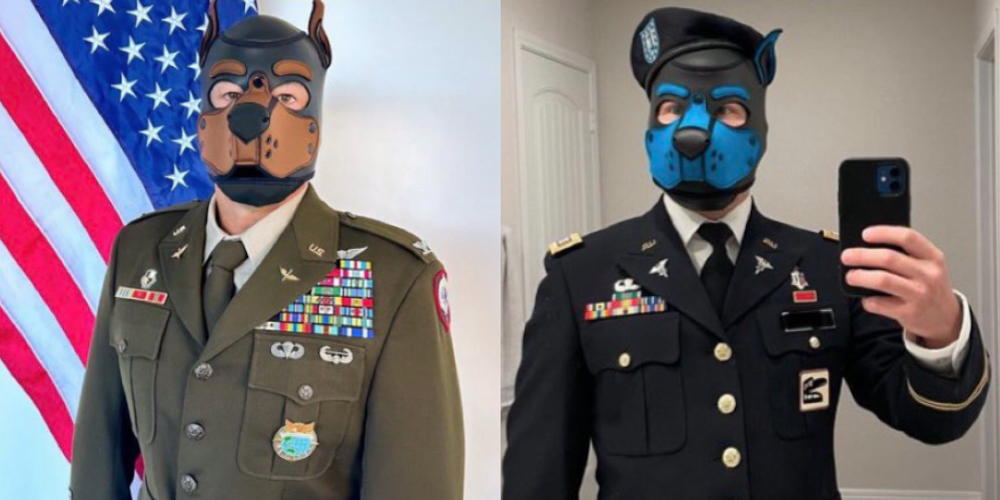 On Monday, the US Army announced that it would be looking into photographs of men in military garb sporting dog masks and bondage gear.

The behavior depicted in the images, some of which surfaced on social media over the past few days, has come under intense scrutiny, with many calling for those involved to face repercussions.

According to USA Today, Army spokesman Maj. Jonathan Lewis said in a statement that the Army was "aware of content found on social media reflecting soldiers' activities while wearing uniforms," adding that, "The incident is currently under investigation."

Internal emails reviewed by the outlet revealed that officials believed some of the photos were taken at an Army base in Hawaii, and the man allegedly depicted in one of the photos, @PupRavage, lists Honolulu as his current location on Twitter, backing up those claims.

He describes himself as a "rubber enthusiast," "bondage expert," and "chastity aficionado," noting that he "proudly served" in the Army. In a prior post, he stated that he had served for "nearly three decades."

Veteran Kris Cruz said that @PupRavage and fellow dog mask donner @GuyFoxer were "a disgrace to the uniform they wear."

"How can America be taken seriously?" he added.

As USA Today reports, other photos not revealed on social media depict "poses of submission and sexual acts."

Under military law, officers are prohibited from engaging in conduct that "disgraces them personally or brings dishonor to the military profession."

There are a range of potential punishments. Even though @PupRavage has retired, he could be brought back to active duty to be court-martialed or re-retired at a lower rank.