The Army, Air Force, Navy, and Marines are now admitting recruits that had been rejected or delayed in the past to better meet their enlistment goals. 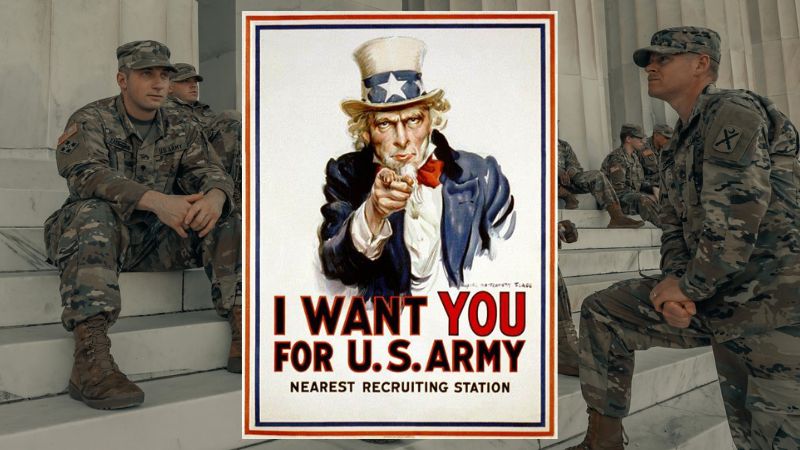 Fox News reports that the Army enlisted roughly 45,000 soldiers during the most recent fiscal year, falling short of their objective of 60,000. The Army, Air Force, Navy, and Marines are now admitting recruits that had been rejected or delayed in the past to better meet their enlistment goals.

The recruitment difficulties come as the US Armed Forces have been going woke in recent years. Examples include General Mark Milley repeatedly pushing the tenets of critical race theory and diversity, equity, and inclusion. Milley came under fire for a statement on "white rage," in reference to the events of January 6.

Similarly, the official Twitter account for US Air Force Recruiting posted a photo on June 17th of several cadets jogging, with one holding an LGBTQ pride flag with no American flag to be seen.

Adding to the push for woke ideology in the military, the Armed Forces have had to reduce their fitness standards. Currently, only 23 percent of young applicants can meet the standards, which have already been significantly scaled back in recent years.

The Post Millennial reported in July that the Army was already preparing for failure to meet their goals, and adjusted their expected force size for fiscal year 2023 to 445,000 from the original projection of 452,000 soldiers.

Army Secretary Christine Wormuth said in a statement, "In the Army’s most challenging recruiting year since the start of the all-volunteer force, we will only achieve 75 percent of our fiscal year 22 recruiting goal."

"The Army will maintain its readiness and meet all our national security requirements. If recruiting challenges persist, we will draw on the Guard and Reserve to augment active-duty forces, and may need to trim our force structure," Wormuth added.

The Marines will enter the new fiscal year having met only 30 percent of their goal, when they usually meet about 50 percent. The Air Force and Navy both rest at 10 percent when they, too, usually have a much higher percentage already met. While these numbers are not in the negative like the Army's, they show significant decline.