US military marches in front of Pride flag, no American flag in sight

This representation of America's elite flying warriors serving under a flag other than one of the United States raises some doubts about the priorities held by current military leadership. 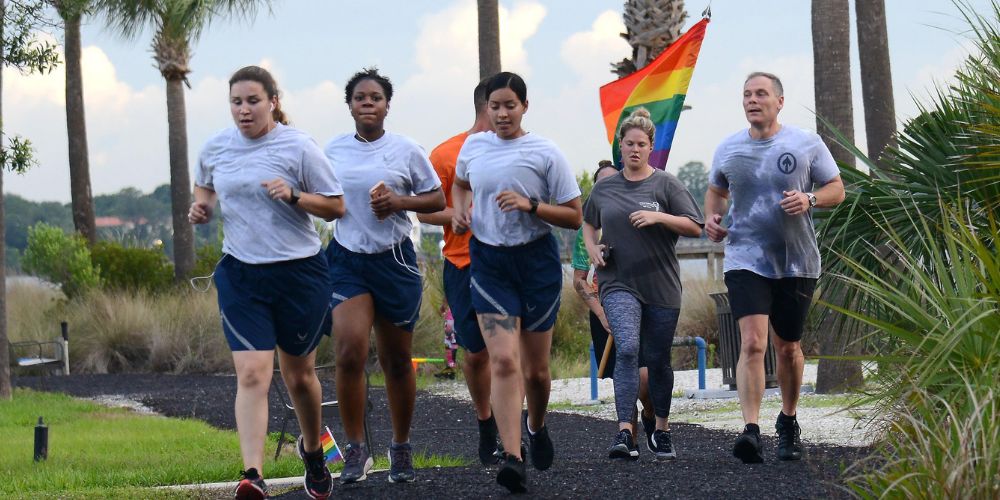 The official Twitter account for US Air Force Recruiting posted a photo on June 17th of several cadets jogging while one in back held the LGBT pride flag with no American flag to be seen.

"Pride in all who serve," the post read, accompanied by a rainbow flag emoji.

This representation of America's elite flying warriors serving under a flag other than the flag of the United States raises some doubts about the priorities held by current military leadership.

The photo and the substitution of the pride flag for the American flag prompted jeers from Twitter, including comment from Navy vet and Human Events Daily's Jack Posobiec who joked, "The Air Force has switched allegiance. And here I thought the Navy would be the first to go."

The Air Force's embrace of progressive politics has translated into a number of public initiatives that have left people raising similar concerns as the ones surrounding the absentee American flag.

In March 2022, the Air Force celebrated 'transgender day of visibility' and as The Post Millennial reported, "cited President Biden's initiatives as a reason that they believe gender identity is part of their purview." The trend continued into April when the Air Force promised to create a 'safe space' for cadets to 'share perspectives.'

In May, a US Air Force base in Germany cancelled a scheduled Drag Queen Story Hour after an expose from The Post Millennial.

The questioning of the prioritization of progressive initiatives by the U.S. military comes on a series of notable blunders from top military officials such as critical race theory fan, General Mark Milley. Milley failed to predict the fall of Afghanistan and undermined former President Trump, telling China he would warn them if the US planned to attack.

The United States Air Force also recently lowered their fitness standards again in a move that's happening across all branches of American military.