US Olympian Carli Lloyd has spoken out after it was revealed on Monday that some of her teammates did not face the flag during the playing of the US national anthem. 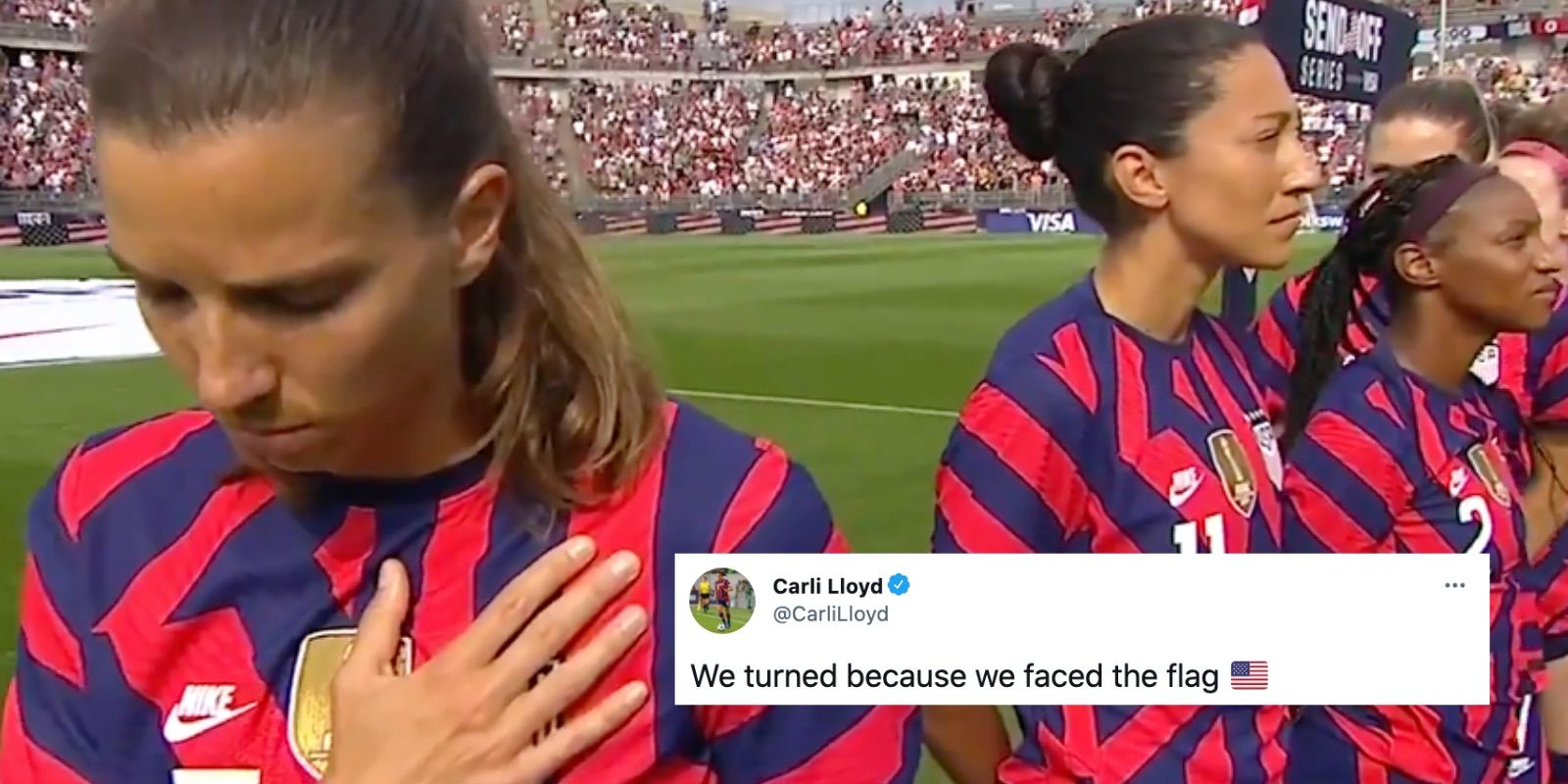 US Olympian Carli Lloyd has spoken out after it was revealed on Monday that some of her teammates did not face the flag during the playing of the US national anthem by a 98-year-old WWII vet.

In response to a tweet from The Post Millennial, Lloyd clarified that she, and most of her teammates, turned to face the flag, though two remained turned away. Video of the incident shows some players with hands on heart facing a flag during the anthem, while two stand side by side, arms down, facing another way.

Two of Lloyd's teammates, Christen Press, a 2010 Hermann Trophy winner from California boasting 61 career goals and 42 assists, and Crystal Dunn, a New Yorker who has 24 goals and 18 assists in her USWNT career remained turned away from the flag during the national anthem.

The US Soccer communications team responded to the tweet as well, stating that the women's soccer players didn't turn their back on a veteran playing the anthem on his harmonica, but "were simply looking at the flag on a pole in one end of the stadium." No mention was made of Press or Dunn who refused to face the flag.

Lloyd had previously opposed kneeling during the anthem, as has been done by her teammates. When she was asked, in January 2021, why she chose to stand for the anthem while her teammates "took a knee," she replied:

"I think the beauty of this team is that we stand behind each other, no matter what. And you know, players decided to kneel, some players decided to stand, and at the end of the day, we have each other’s backs. Ultimately, we're here to support one another in any way that we can and that’s what’s amazing about this team."

Lloyd did not say that she disagreed with her teammates decision, but she made it clear that it was not a choice she would make.

The Post Millennial updated the original article late Monday night to reflect the comments from the team and Lloyd.