The superintendent of schools sent and email to parents to "clarify that the School District mitigation plans, including the requirement for face coverings, remain in place." 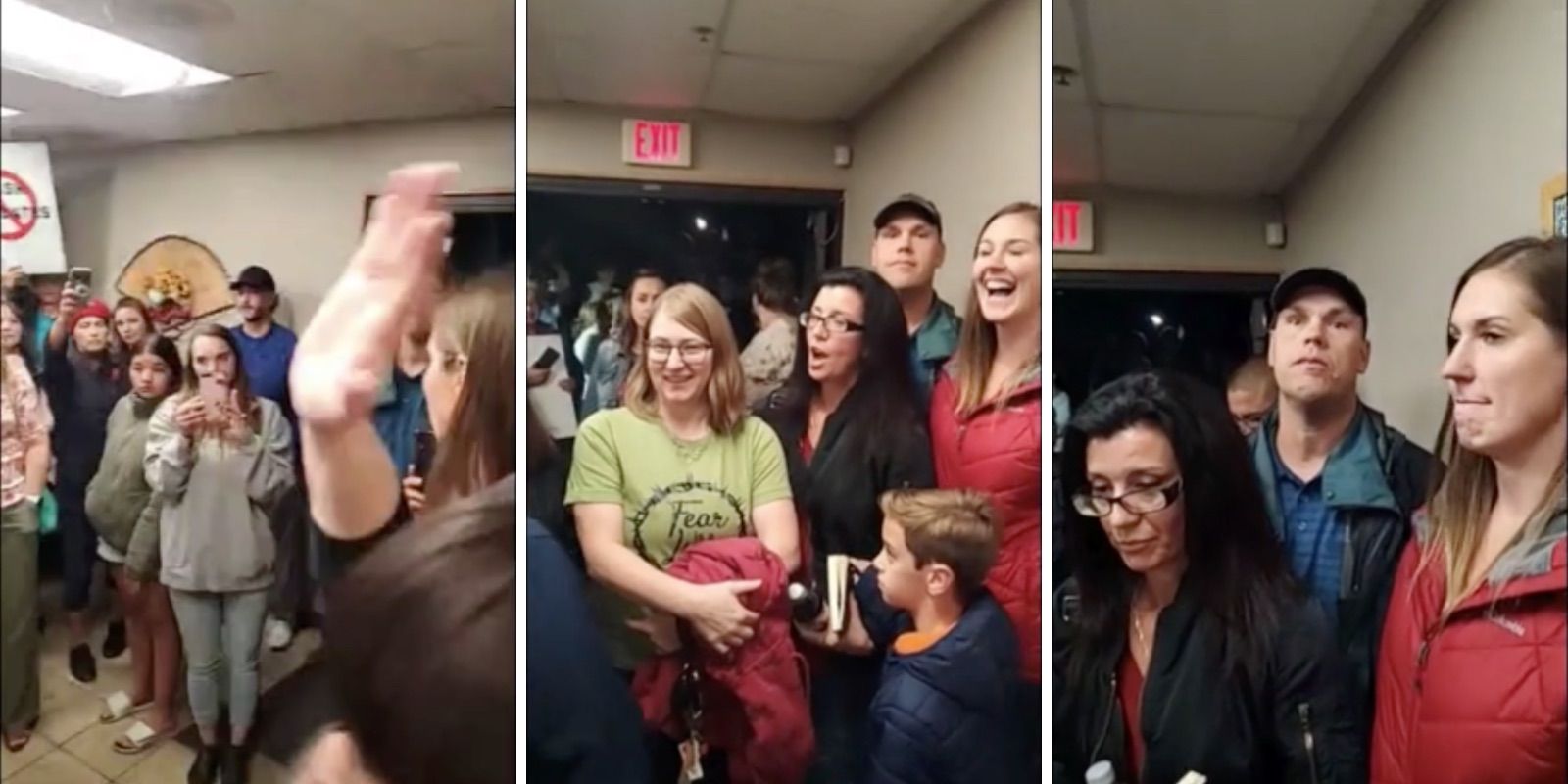 Update: An earlier version of this story read that parents formed their own school board after the previous one quit, and then voted to overturn the mask mandate. But on April 30, the superintendent of schools of the Vail Unified School District sent and email to parents to "clarify that the School District mitigation plans, including the requirement for face coverings, remain in place."

This, John Carruth said, is despite "some rumors to the contrary." He write that "This has bene an intense and emotional year," and that he is "proud of our community" and values parent support. Of the incident at the school board meeting, Carruth wrote that "This evening, our Governing Board meeting was disrupted by a group of people, several of whom lived outside our district. The meeting had to cancelled and will rescheduled soon."

"I feel bad for the parents who were there tonight who simply wanted to address the board with their concerns. Another opportunity will be provided in a peaceful and respectful setting."

Prior to the email from the superintendent, a video surfaced showing parents gathered at the school board meeting in the town of Vail, Arizona, to protest the mask mandate in public schools. Parents who came to protest at the parking lot wanted to state their opposition to the mask mandate.  They arrived at the Vail School Board meeting to tell the board to make the masks optional. Even before the meeting began, the Board walked out due to the disruption.

While a viral video reported that the school board had resigned, it was later reported by Lead Stories that they did not. "In a phone call with Lead Stories on April 29, 2021, Darcy Mentone, director of communications and public affairs for the Vail Unified School District, said the protestors' impromptu election was not official. The protesters did not interrupt the governing board meeting scheduled for 7 p.m. MDT that night, she said. Instead, they came during a study session that preceded the meeting.

"And the legally elected school board members did not resign, Mentone said: Rather, they adjourned the study session for their safety. The governing board meeting was canceled due to the protests. These were just a few of the reasons the protesters who claimed to be 'elected' to the 'new' school board could not have replaced the school district's face covering regulation, she said:

"In a board meeting, something has to be listed on the agenda as an action item for the board to take any action. So the mitigation strategies were listed on the agenda for the meeting that got canceled, but it was just an inform item so that the board could discuss it and listen to the parents that we knew were coming and had concerns... even if that board meeting would have gone through, the board would not have had the ability that night to change the mask policy. So it is still in place, nothing has changed."

On Tuesday, April 27, after the school board departed, the parents voted in a new school board on the spot, though this was non-binding, then voted to end mandatory masking in Vail Schools. The superintendent's email indicates that the parents had absolutely no standing to form a new board at all.

Parents had gathered outside the school board meeting to make their positions known.

An executive order from Governor Doug Ducey rescinded the requirement to wear face masks in schools, but the order also permitted "K-12 school districts and charter schools still maintain the right to institute and enforce policies to mitigate against COVID-19 spread, including the use of masks," according to local news.

Vail was one of those school districts that decided to continue the mask mandate through the end of the school year, noting that they intended to discuss the plans. In response, parents showed up at the scheduled meeting to state their preference for the masking orders to be lifted.

With parents in the parking lot, carrying signs that read "unmask the kids," the school board cancelled the meeting right before it was set to start. They cited "safety concerns."

After the board cancelled the meeting, the parents demanded to speak with the board. Only a few were allowed to do so, while the rest crowded into the building. The Sheriff was called in. It didn't quell the parents or their demands to free their kids from masking in schools.

One parent told local news that "These are my rights as a parent and they don't get to decide how I raise them and what I believe is true and factual. It's disgusting what's being done and I don't agree with it. I don't. When you look at the flu, it also causes death. It also hurts people."

The school district stated their claim that "about 90 percent of parents support the mask mandate for their kids."

Lead Stories reports that "However, a strict following of those parliamentary rules would have required an elected presiding officer or chair to facilitate the election." So what the parents did, coming up with a new school board and then enacting the changes they wanted, just held no weight at all.

Once the fifth school board member was elected, those who hoped to be the brand new Vail School Board took up a meeting, and their first order of business was to do exactly what their predecessors had refused to do—make masking optional.

One of the new board members, Anastasia, says "I motion that the entire Vail School District be free of mask policy and it will be optional to all teachers and students alike, with no fear of retribution."

Amid cheering, the another board member seconds the motion, and it passes unanimously.

"Is there any other agenda items that you guys need to handle down here?" The man filming the proceedings asks.

"I motion that Vail School District has no rights to do any medical interventions on any child," said another board member, clarifying that parents must be consulted in all cases. This, too, passed unanimously.

But, "School officials say district leaders are working on a letter to send to all parents as a reminder that the mask mandate remains in place," reported local news. And, in fact, the superintendent of schools sent an email that unequivocally said that the parents who "disrupted" the meeting did not lift the mask mandate with their motions.