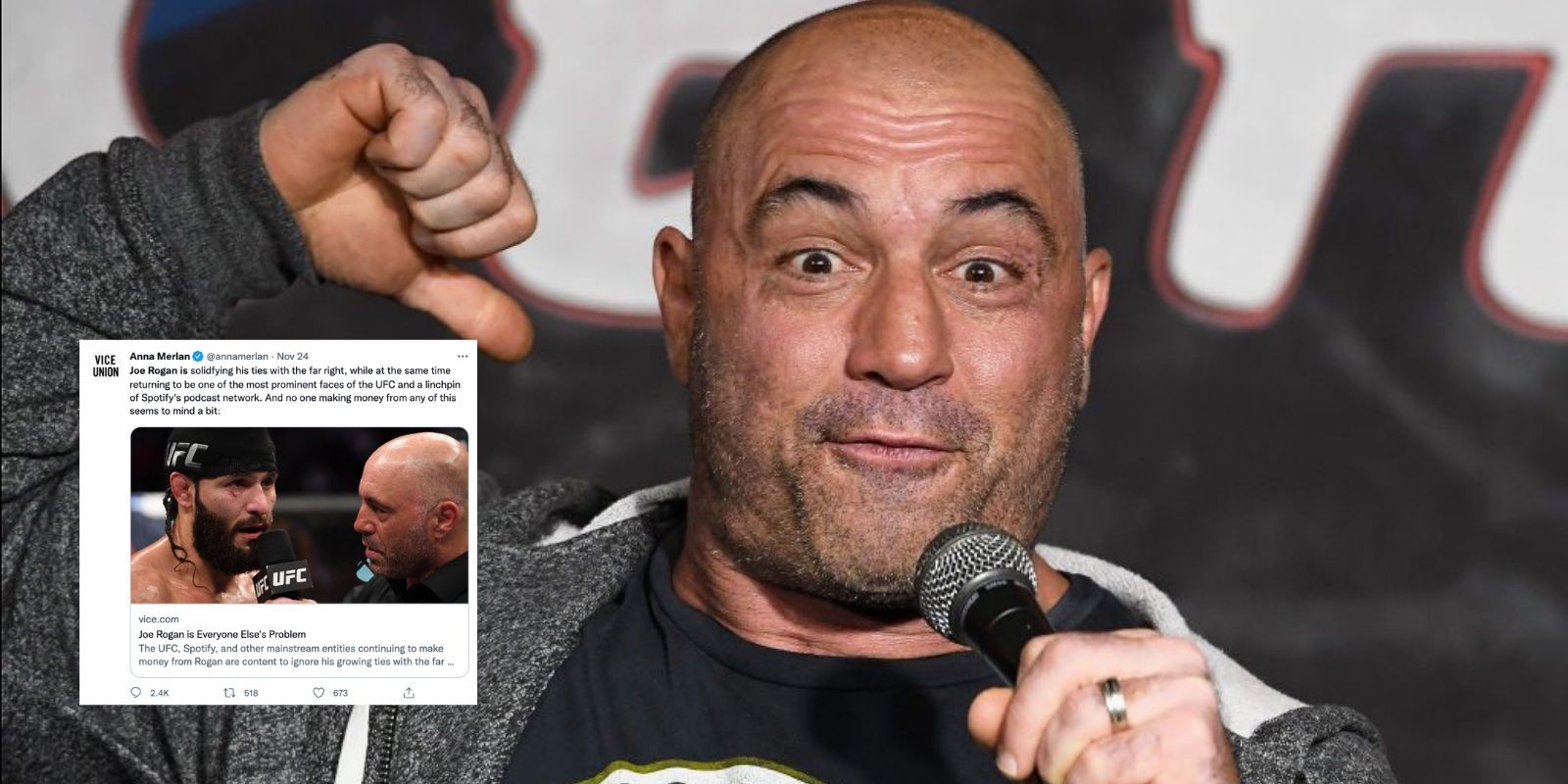 In an article titled "Joe Rogan is Everyone Else's Problem," Vice's Anna Merlan called out platforms such as the UFC, Spotify, and other mainstream entities that make money off of Rogan and said that they are turning a blind eye to Rogan becoming an "increasingly prominent role in extremist spaces."

"Joe Rogan is solidfying his ties with the far right, while at the same time returning to be one of the most prominent faces of the UFC and a linchpin of Spotify's podcast network. And no one making money from any of this seems to mind a bit," Merlan said in a Twitter post on Wednesday.

Greenwald fired back at Merlan's false claims and said that the liberal-left tries to find any way possible to cancel people they don't agree with.

"The claim that Joe Rogan -- a supporter of Bernie Sanders, an anti-imperialist, a crusader against factory farms, etc. -- is of the 'far right' is the kind of stupidity in which liberals specialize: 'let's try to expel the most influential media figure and insist he's our enemy,'" Greenwald said in a tweet  on Thursday.

"Rational political movements try to expand the range of those who identify with them. The liberal-left so often looks for ways to expel as many people as possible," Greenwald continued.

"Rogan has an audience of millions. You can't change that. The only choices you have: 1) engage with that huge audience to build common ground or 2) create a climate where nobody on the liberal-left can go there, ceding it all to the right. Those who want to lose choose (2)."

"Also, the only point of this @VICE article is to pressure corporate sponsors and Spotify to disassociate themselves with Rogan or force them to limit what he can say," Greenwald added. "Again, note how often the priority of liberals -- especially 'journalists'-- is to restrict the range of views."

"Let us give thanks today that this dreary, repressive sector of the media devoted to homogenized thought, coerced conformity and abolition of dissent is dying, while platforms devoted to free thought, editorial independence, and diversity of opinion are thriving," Greenwald concluded.

Greenwald wasn't the only one to take aim at Merlan's article. Matthew Yglesias said that the left-wing pushback against Rogan is "backfiring in an incredibly predictable way."

Journalist Michael Tracey said that the left should not be surprised that Rogan "chooses to hang out with guys who don't denounce him as evil."

Meanwhile, a recent poll showed that Americans would rather have Rogan over for Thanksgiving dinner than Biden's Covid chancellor Dr. Anthony Fauci, who the left has consistently praised despite his myriad flip-flops on guidance.

Rogan, who has said that there are venue in which he could not perform due to his vaccination status, has been at odds with the going narrative over Covid, as well as many other things.

When Rogan contracted Covid, and took medication Ivermectin to treat the virus, he was widely decried as having taken "horse dewormer." This despite the medication having been awarded a Nobel Prize for use in humans.

On a recent podcast with Tim Pool, Rogan blasted mainstream media, which he said is "cult sh*t."

"Bro, this is cult sh*t. We're in a cult," Rogan said. "This information is not based on reality, this is a left wing cult. They're pumping stuff out and then they're confirming this belief. They're all getting together, they're ignoring contrary evidence. They're ignoring any narrative that challenges their belief about what happened, and they're not looking at it realistically. They're only looking at you if you're a f*cking cult."